Everyone has a heroine figure in their life. One that they constantly look up to as a source of inspiration and guidance in life. Me included.

The heroine figure that I have in my life is not someone whom I have directly met before though, but rather through a drama series that was recreated based on her life actually. Because she was long gone from this world before I was born but still, I find her story to be one that is truly motivational and inspiring. She's none other that Aya Ikeuchi, and if you have watched One Litre of Tears before, you would remember her as the main character of the series who was diagnosed with the incurable spinocerebellar degeneration disease when she was only just 15 years old. 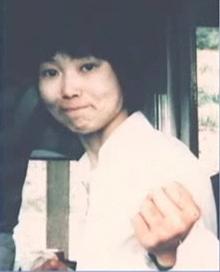 For someone to be diagnosed with such a disease and still managed to live on optimistically with life, her story is one that never fails to inspire. It's a living testimony of how the human spirit can prevail in the darkest situation in life. I think that one of her bravest actions was how she stood up and faced the society's judging eyes, like when her school tried to force her out because of her condition. She did not give in to the pressure and instead chose to make the decision on her own. If it was me, I am not sure if I can do what she did.

Life. It's about standing up to challenges that counts.

On a lighter note, the upcoming Disney movie Brave also revolves around a heroine standing up to the pressure of society and struggling to be who she want to be. It's about the story of how Merida, a young teenage girl decided to seek out her own dreams instead of following the age old tradition that was laid out in society. If you have yet to watch the trailer, I embedded it below:

I realized that when it comes to being brave, or being a heroine in this case, it's not the action but strength within that counts.