One of Singapore's famous tourist attraction, Sentosa Island has always been one of the places Singaporeans can always go to to enjoy a little sun, beach and sea without leaving the country. This year, Sentosa Island is turning 40 and in celebration of this joyous occasion, a Twitter competition was held for Tweeples (I think that is how you call people who use Twitter) to reminiscent about the fun times that they had spend in Sentosa and to wish the island a very happy birthday.


After reading so much about her online (both good and bad, if you know what I mean :p), and hearing people talk about how pretty she was, it was an awesome experience to finally see her in person. And yep, like they said, she IS pretty. Even le gf agrees.

Also, for the entertainment of the day, the organisers also invited whom I think is one of Singapore's local talent, Shimona Kee, to perform. If you read my post about the Singapore Blog Awards 2011 last year, you would remember that Shimona was one of the guest performers that graced the stage whom my ex-gay partner Xian You instantly took a liking to. 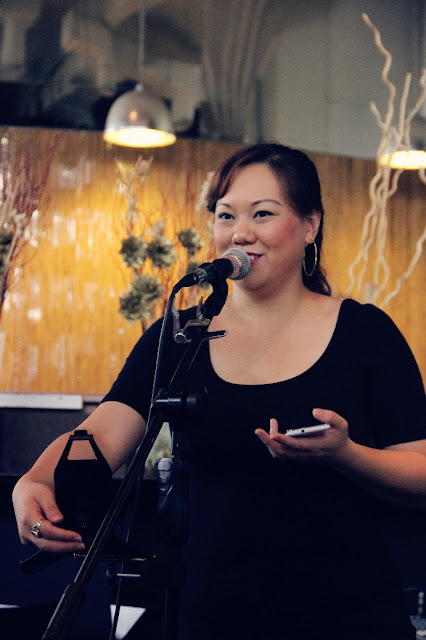 Her voice was awesome as usual, and she sang us a few songs that she wrote like Little Things (which I remembered as the flood song because she said it was inspired by a flood, but it was very embarrassing to have gotten it wrong so I shall stop) and the Social Media song. And like last year, le gf also took an instant liking to her too. In sync with the event, Shimona had a pseudo Twitter competition for the audience to win her CDs but being the guy without a 3G phone on the spot, I must say I had quite the disadvantage. Damn. I should really start getting a 3G plan already.

Soon after Shimona's performance was the prize giving ceremony for the 3 winners! I must admit, after looking at the prizes that were offered, and all you need to do is to simply write a tweet, I am feeling a bit of regret for not joining the competition. William Tan was one of the winners again (is it me or does he keep winning things?) and my standing position was a bit awkward to take pictures, I decided to kope from William's blog itself!

After the event, le gf went to take some pictures with our host of the day and also our guest performer of te day.


Wait, where was Lukey during the whole show? Well, Lukey was... 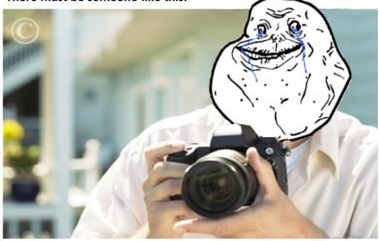 ... being the forever alone photographer.

Just kidding. He was too shy to ask for photos with anyone, let alone the celebrity Silver Ang and the awesome singer Shimona Kee. Come to think of it, le gf can be a better blogger than Lukey, since Lukey prefers being the guy behind the camera rather than in front of the camera. Who knew that by being being a blogger one needs to have socializing skills too? And I thought all bloggers did was to just sit behind computers and churn out miracles.

Sad emotional rantings aside, it was a great event to attend! Twitter is definitely picking up speed in Singapore and there are some who say micro-blogging is the new hype now in town. With events such as these, we might just be seeing the shift towards there.

After the awards ceremony, le gf and I decided to visit Chili's for dinner.


As usual, the food portion was humongous and tasty. Sentosa is really a fun place, don't you think?