Today was like any other day for me. Sitting in front of the computer, replying one or two emails here and there, hacking and slashing monsters in a world called AION, thinking of my proposal, you know, a same old slow "Lukey vacation day", as how I would call it. Until an angel appeared though. And reminded me of something important. 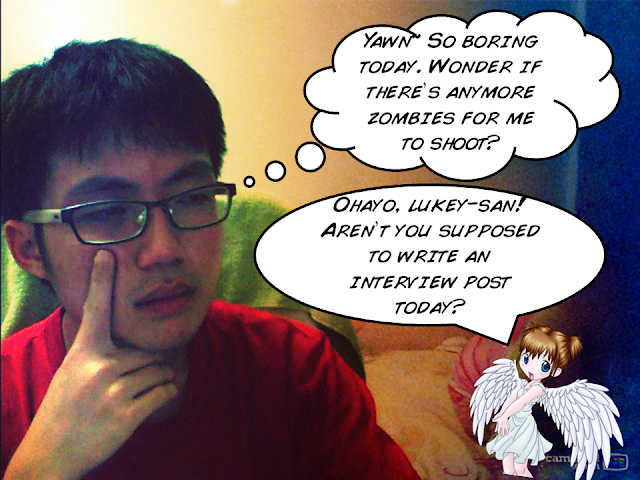 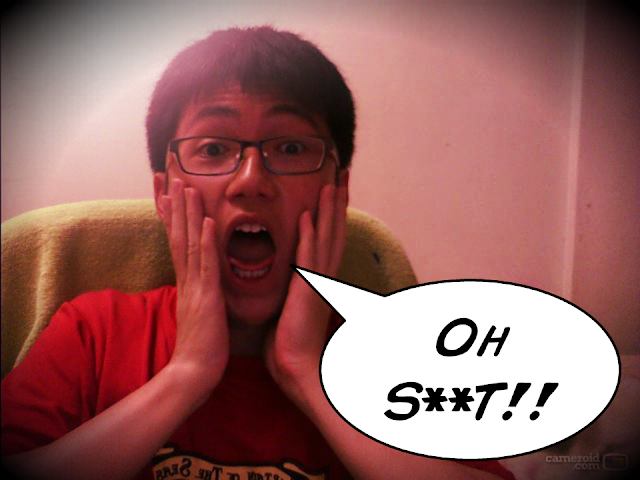 Newsflash: Each and every finalist for the Singapore Blog Awards is required to produce an pseudo-interview blog post to be featured by the organizers so that voters will get to know them better. Well, the participants of my category need to produce a video too, but that's another matter. Time to focus on the required task at hand first, le interview~!

Being the shy guy I am, and to avoid this post sounding overly Steven Lim (narcissistic), I think a third person view would be more interesting instead.

Question number 1: How does Lukey feel about being one of the finalists in the Singapore Blog Awards 2012?

Answer: Well, not a big deal actually, since he was in too last year (finalist for best WTH category) so he guess it's pretty normal for him. Besides, they need handsome guys to spice up the event, right, and who better to choose that Lukey himself? Alright, please, Lukey is just kidding. Honestly, he's more than thrilled and excited to be chosen as one of the finalists again for the Singapore Blog Awards 2012. He thinks that it's a tremendous honor to be bestowed on a small blogger like him and he would like to thank the judges for placing their faith in him. It's because of this recognition that he's been sleeping with a smile every night.

Question number 2: When did Lukey start blogging, what what drew him to it? And where does he draw inspiration for his posts?

Answer: Lukey started blogging ages ago, back when he was still a naive carefree kid and thought that he could change the world through the words of his blog. One reason why Lukey love blogging is because he could be himself there, away from the judging eyes of others, free to express who he truly is to the world. In a way, blogging sets him free.

When he first started, Lukey blogged about things that he feels closest to his heart, observations and musings  about the world that he have no idea who to share with. As his blog grew, the thing he blogs about grew too, and aside from musings about his life now, he also blog about events and reviews if he's lucky enough to get invited to one.

Question number 3: How does Lukey about other finalists in his category this year? in his opinion, how does he think he will fare against them?

Answer:  To be honest, Lukey is worried! Looking at the blogs of other participants, Lukey can tell that they're indeed really good (duh) and it will be a tough competition against them. But having the handsome spirit in him, Lukey assures you that he will give his very best in attempt to win the title!

Last question: Give one reason why readers should visit Lukeyishandsome(dot)com and vote for him?

Answer: The most obvious reason is because he's handsome! But other than that, Lukey blogs in a very unique way too (at least that is what he aims for), with a wide variety of topics from deep ones like musing of religion to parodies of music. I'm sure you would find something that you like on his blog. What's more, Lukey may be one of the few bloggers who updates almost on a daily basis because he believes that when you love something, you have to give it your all.

So vote for Lukey, and you won't regret it! Makes you feel more handsome/prettier too.

Do stay tune for more SBA2012 news with Lukey and vote for me at http://sgblogawards.omy.sg/2012/category/?cat=ybloggist ~! TQ very muchie!