always when i blog 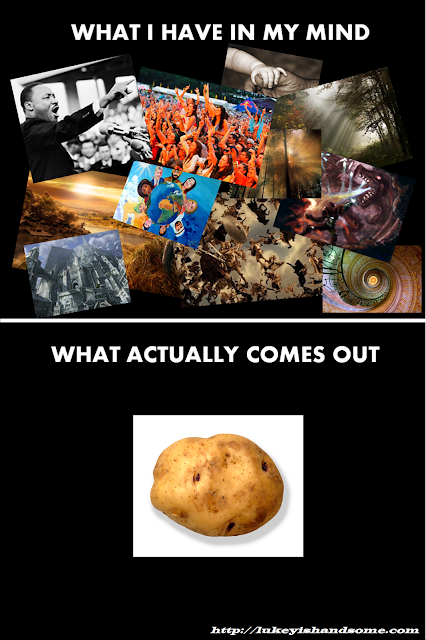 Have you ever encountered problems like this before? Where you have loads of stuff going in your mind that you want to bring it out but when you finally do, what actually comes out pales in comparison with what you actually thought of inside.

I seem to always have this problem though. Be it in blogging, writing an essay during the final exams or having an argument with friends, all my points always come out a little short that what I had envisioned it to be.

I think this is like my biggest problem in life. I always have a lot going in my mind but when I finally sit down to try to write or say it out, I just can't seem to express it fully. It's like there's a bottleneck somewhere that limits my attempt at expression and limits my ability to go 100%. There's a lot of things that I know the correct way to do it but most of the time my body just doesn't allow me to do it.

I know! Maybe I can be a critic instead!