When I Attempt an Essay

Today, I'm going to show you the many stages of Lukey when he attempts to write a essay assignment in attempt to explain why he has never gotten a decent mark for any of his writing assignments in the past three years, despite his over obsession with his blog.

Not the 500-1000 words ones that you'd normally get in secondary school or A-Levels, mind you, but rather the ones 3000-10000 words that professors in university love to give you, along with all those citations and shit. Journal articles, for example, is a real killer. 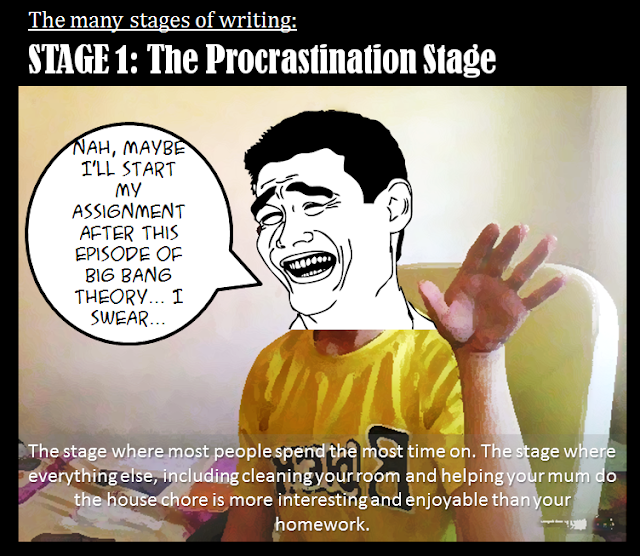 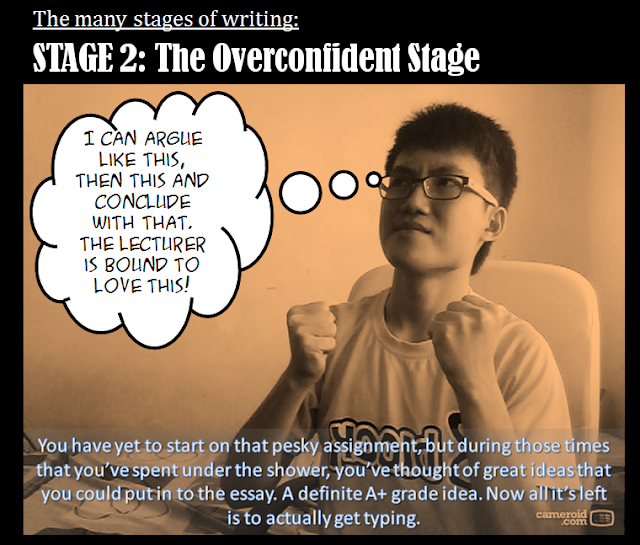 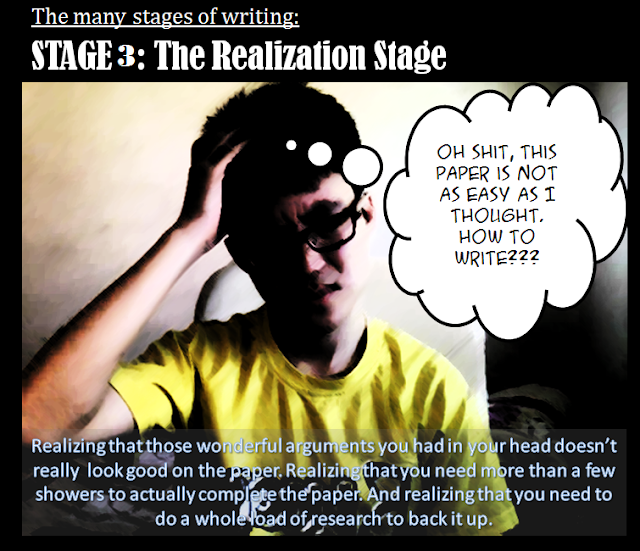 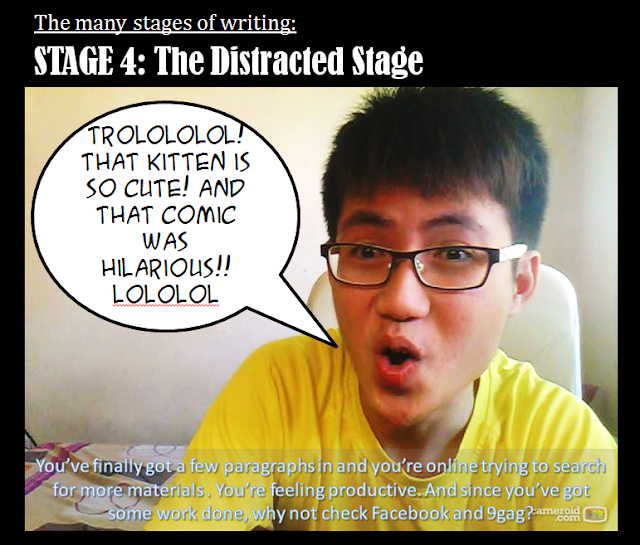 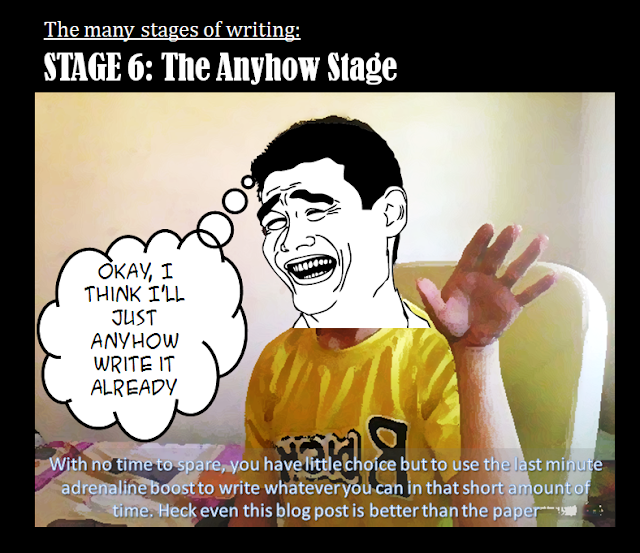 So there you have it. The six stages that I normally go through in my assignment writing process. Do you go through the same process? Or is it completely different? I would imagine that for those people who always score an A for their assignments, there would be only one stage for the, the write-without-rest-until-it's-finished-red-bull-fueled-stage.

It's not only assignments writing that I have problems with, to be honest, in fact for anything school or work related, the similar patterns emerge. But when it comes to things like gaming, then it would be adrenaline-filled-non-stop-sessions-even-though-i'm-sleepy stage for me. If only I can transfer some of my gaming energy to studying, maybe I would have been the top student by now.

But then again, I would prefer to give chance to other people. Let them score instead of me. Ain't I kind?