Hot girls have it easy in life right? After all, one cannot deny the importance of looks and first impressions in life. They're popular, they have hordes of admirers and they tend to get by easier in life. I'm sure you've heard of guys willing to do anything for hot and pretty girls before, like giving them credit cards, taking them on a worldwide tour, stuff like that. Even psychology research has found that if you're good looking, you have a higher chance at receiving a lighter sentence from a court as compared to your not so eye pleasing peers. Yep, the hot people have it easy in life. 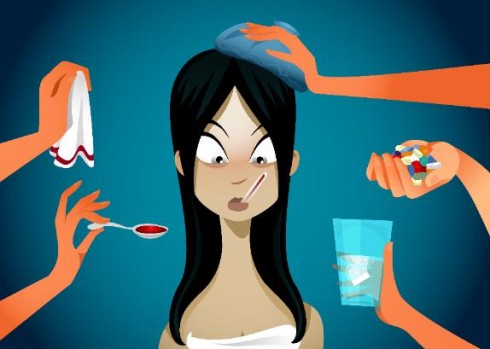 According to two "hot girls" who goes by the name Double Take, hot girls have their own problems too, which is exactly what their song, titled Hot Problems, is trying to portray. Dubbed as the next Rebecca Black, or even worst than Rebecca Black, because you have two of them, their song tells the story of the problems 'hot girls' face, such as friends backstabbing them those type of stuff. It has received over a million views in just four days and may be on the way to more.

As compared to Rebecca Black's Friday, the people who produced this video, Old Bailey Productions, did not even bother to auto-tune the girls, which resulted in some sort of off key off tune music video.

The song is 3 minutes worth of the two girls trying to praise themselves through their monotonous singing which by the time the song ends, you don't know whether to facepalm, jump off the building or just rip off your ears. I'll let you judge the lyrics for yourself. The italics in brackets were the result of my reflex reaction to bullshit those incredibly highly egoistic phrases.

Look at me and tell me the truth
What do you do
When people don't know what we go through
They see my blonde hair, blue eyes and class (really?)
But they don't know that I have a really big heart

Please, don't get me wrong
I know that I'm hot (really x2?)
But textbook perfection really takes a lot (and yet your singing voice is like...)
When guys call my phone
And girls call me names
But like Miley said I can't be tamed

Hot girls we have problems too
We're just like you
Except we're hot, hot, hot hot
The world needs to open their eyes (and close their ears)
And realize... we're not perfect
And sometimes we lie (like how you say you're hot)

I got the look, I got the butt
But those things don't make me a slut (but this video does)
Boys call me stuck up
Girls say I'm conceited
On behalf of all hot girls
Those comments aren't needed (what you need is a club to the head)

Just cause I'm pretty, I have to be dumb (by posting up a video like this)
I don't care bout wits, I just wanna have fun
People start rumours, and say things about me
Funny thing is I didn't go to the party (because they watched your video on Youtube)

Hot girls we have problems too
We're just like you
Except we're hot, hot, hot hot
The world needs to open their eyes (and close their ears! sorry just can't resist)
And realize... we're not perfect
And sometimes we

Hot girls we have problems too
We're just like you
Except we're hot, hot, hot hot
The world needs to open their eyes
And realize... we're not perfect (in singing)
And sometimes we lie

(RAP)
Why oh why can't you see
You are all just like me
We make mistakes and get in trouble (maybe it has something to do with your above sentence saying something about you being dumb?)
Now you know our hot girls trouble

Hot girls we have problems too
We're just like you
Except we're hot, hot, hot hot
The world needs to open their eyes
And realize... we're not perfect
And sometimes we

Hot girls we have problems too
We're just like you
Except we're hot, hot, hot hot
The world needs to open their eyes
And realize... we're not perfect
And sometimes we lie


And for those who wants to take a look at the video. Brace yourselves, some not so good singing is coming.

I don't know the purpose behind the video, maybe the two girls are sick of people constantly criticizing them and decided to come up with a retaliatory video, maybe they did all the bad singing on purpose to get famous or maybe it's some sort of publicity stunt for some marketing campaign. But it's interesting to speculate. The account responsible for uploading the video has only one video under their account so it's highly suspicious. A quick hunt through Google reveals that perhaps that the video is made just for the sole purpose of making it famous (thus the bad singing but with a polished background music and video editing).

And I must say some people are better and quicker at investigative work than me. Check out this website http://milowent.blogspot.com/2012/04/hot-problems.html for a speculation of who's behind the video, if you're interested.

Looking at how fast the video went viral gave me a very interesting idea of how internet fame roughly works nowadays. Instead of making yourself good, you intentionally go bad. Or worse. Do something that is completely opposite of the good spectrum. Sing badly, play the instrument badly, write badly or take ugly pictures. It takes much less effort than actually trying to be good at something. There's no need for practice, no time wasted and you still can enjoy the same or perhaps even more amount of fame.

Which got me thinking. Maybe I can do something like... 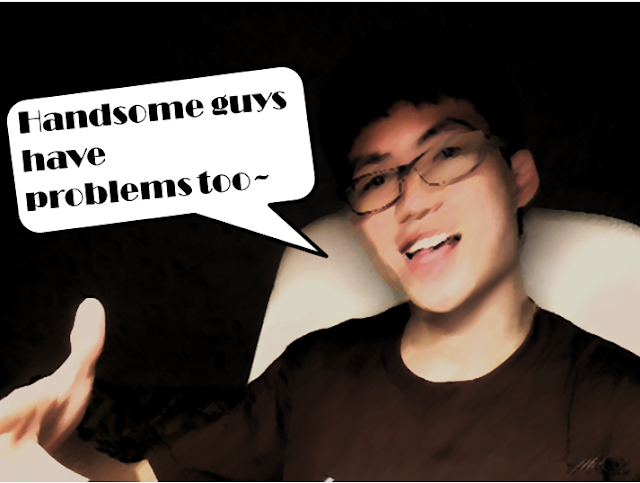 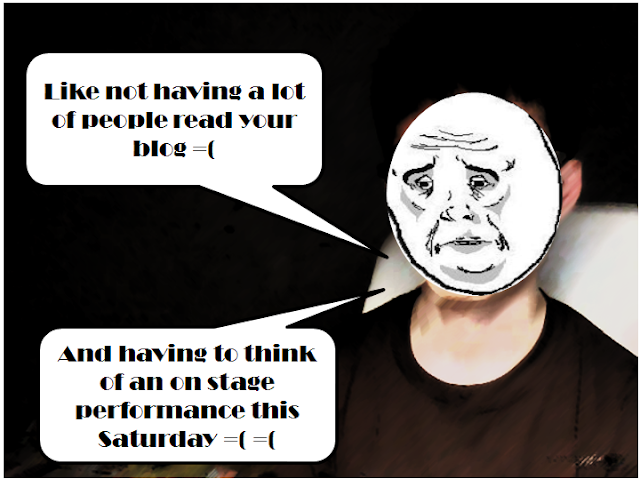 Yep, speaking of which, Nuffnang and Cathay wants the contestants to "create a fun and creative way of introducing yourself or your team! SING, DANCE, DO A SKIT! Anyway you think best represents yourselves!". For a guy who can't sing, dance nor tell jokes like Russell Peters on stage. this is quite the problem. Not to mention that it's two days to exams.


Maybe I'll just do the Ultraman Dance that I did last time for iTalentstar. Gotta find the song though.


Or I could pull a Shin Chan. Where he does a skit with only himself acting as multiple characters. 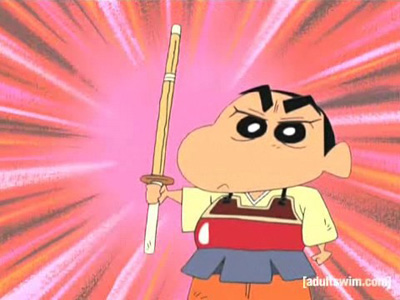 Or I could do a parody of this song, called Handsome Problems.


Or I can just jump off the building and suicide. Suggestions? Or help?
Labels: Blogging Competition Online World Random Rantings Songs