Study week. Or also known as reading week. Or study week to others. The only week when the library is the most popular place to hang out. When studying is suddenly everyone's favorite activity while we nervously anticipate the impending judgement day. Exams. And yet here am I again, going against the trend, choosing to blog instead of studying. 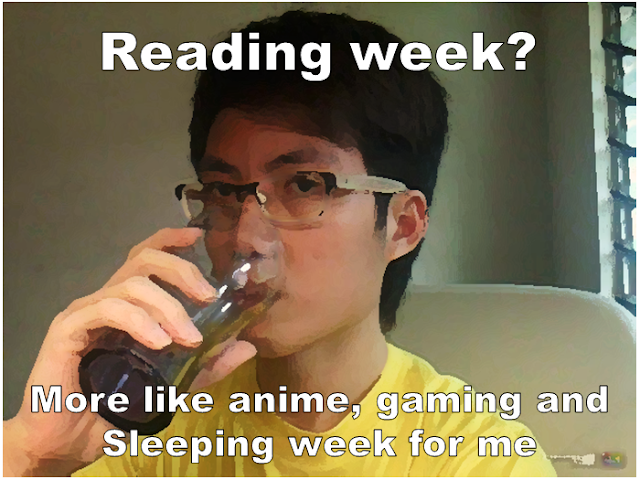 And in line with the spirit of doing anything but studying, I've also been sending countless of internship applications online. Although the three months semester break is officially classified as the vacation period by university administration, in reality it's more like the prepare yourself for the working world and making your resume look nice period.

Instead of doing what people normally do during vacations like enjoying life or taking the time to do what we want, students are scurrying to apply for internships, to find work or to do anything else that can make their resume look nice. Because we know that if we don't, we would lose out to our peers who are busying doing tons of internships. After all, when it comes to securing your job (as I have found out from recent months), companies view internships seriously. If two candidates have the same resume, but one has an additional internship period, that candidate would surely be chosen over the one that did not went for internship during his/her tree months vacation.

Which is quite sad though, if you ask me. Because after one year of intense studying, you'd think that you'd be able to finally to relax, take a deep breath and do the things that you want. Maybe volunteer in a home. Go traveling. Or pick up a new skill. Sadly, this is not often the case. 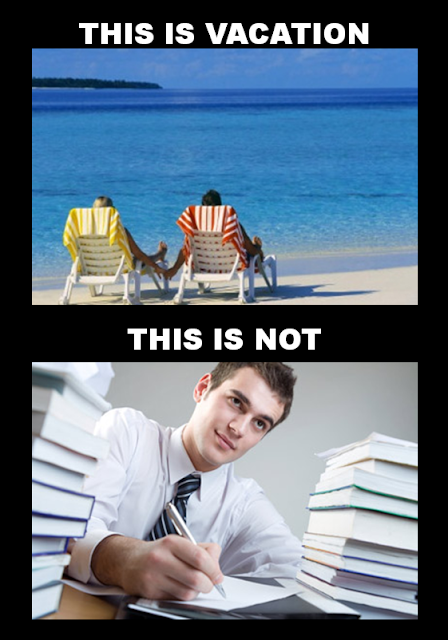 I have a friend who recently went to see one of our university career counselors. He's looking for a job and was hoping that the counselor would advice him on his resume. Now I've known this friend for quite long already, three years to be exact. I've worked with him before and I know he's a capable person, one whom you would be lucky to call a colleague.

The trouble is this. He's a Business major and when it comes to finding a job as a Business graduate, the number of internships you have is everything. The more, the better. Even first year business students are applying en masse for internships during their summer vacation. However, my friend do not do that. Instead, he chose instead to participate in our hall's rag, building a float over three months to showcase to the public.

When the he met the counselor, the counselor immediately dismissed him, saying that there's a very low chance of him securing a job because the number of internships he has done is not enough, even saying something like doing rag is not important for his resume. Of course, my friend was shocked. How can the counselor judge him by saying that he has no chance merely by the number of internships he has? And from how I see it, participating in rag was surely not a waste of time. There are so many skills to pick up, welding, engineering, and the friendships you gain from that three months is one that lasts through time.

Compared with some other friends I know whom went for internships, all they were asked to do were to do filing, data entry and menial tasks such as photocopying. How can filing and data entry be a more valuable experience than learning to build a float that is showcased to the public and for events as big as Chingay? Honestly, I have no idea.


Looking at how much emphasis is placed on getting you ready for work, I can't help but to feel that instead of a learning place, university is more like a factory. A factory that churns out workers that are ready to be absorbed into the workforce once you graduate. Instead of learning or gaining knowledge, you are trained and taught skills that matter in the workplace so that when you graduate, you can immediately start working. Programs that add on to this, such as internships, is an added advantage.

Although I don't deny that a lot of people enter university in hopes of finding a better work, I don't think that the sole purpose of university education is for you to secure a job. Isn't university a place where you explore your interests, find your passion and open up your mind? A place for higher pursuit of knowledge? But somehow, it's more like a job training facility now where you attempt to produce a best looking resume in the three to four years you are here at university so that a big multi-national company would hire you.

In fact, looking at the amount of people cramped in the library now, furiously trying to cram up endless facts into their brain, I can't help but to feel if I'm the only person who feels this.

Life is a rat race, ain't it? All of us enter it, trying desperately to beat each other, to outsmart each other so that by the end of the day, we would be able to get a larger portion of the cheese reward. We cannot afford to stop and smell the air, enjoy the sights of life because if we did, other rats would overtake us. After all, the rat that runs the most and the fastest would usually win. But then again, all of us would still be rats, subject to the endless race that is imposed upon us.
Labels: Rantings Studies Work