A friend decided to give me a DotA 2 invite randomly one day. And thanks to him, I've been playing the game ever since. 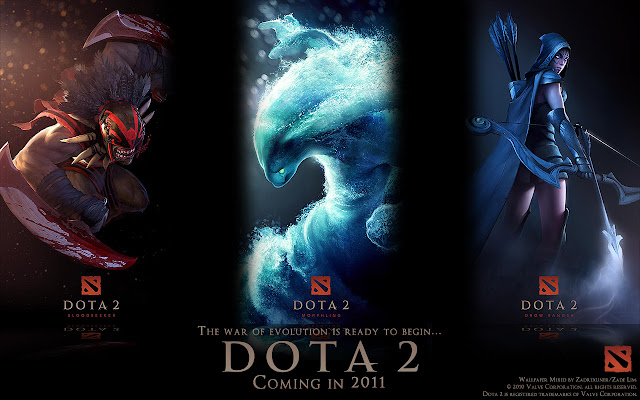 Not a good thing though, since the exams are just around the corner. Although I made a vow to attend all classes and be disciplined this semester, somehow something happened along the way and I ended up with perhaps the worst semester ever. I've skipped like don't know how many classes and honestly, I have no idea of what's going on in some modules.

Yeah, I know that DotA 2 is a cheap ripoff of the original version but somehow, I find the game more enjoyable and addictive. Maybe it's because the high amount of newbies inside, which relatively made me look more pro, or maybe it's the graphics that seem to give a whole different feeling when playing the game. Or it could be the system that tracks down your heroes progress and the nicer people in general playing the game.

I don't know. Somehow it just makes me want to go back for just one more game and that would usually lead to a whole load of time wasted.

You know what I'm gonna do? I'm gonna send in my computer for repair this Monday so I'll have no distraction when I want to study. Not disciplined enough? Get rid of the distraction. Problem solved.
Labels: Gaming Rantings Studies