The Law of Ueki: One of my favorite animes

Whenever anyone ask me about my favorite animes, The Law of Ueki will always be one of them. I had my fair share of animes growing up, there was Bleach, Ranma, One Piece, Naruto and all kinds of other awesome animes but somehow, I just couldn't find one that could affect me as much. 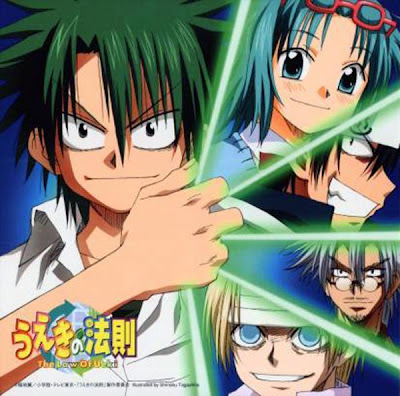 While the storyline might be generic, about a seemingly normal boy gaining some sort of power so that he can defeat the bad guys, I find that the themes explored by the anime to be reflective of the life questions that we encounter every day.

For starters, I admire Ueki. I admire his will and passion to fight, so much so that even though he may get knocked down several times and is injured to the point of near death, he could still find the will to stand up and not giving up the fight until the very last moment. Every time I see him fight, I couldn't help but wonder if I could bring myself to do the same if I'm in the same situation. Seeing how strong he is during each fight, choosing to see it through the very end despite how hopeless the situation might be, it inspires me to want to be like him. It inspires me to not give up and to hold on despite how hopeless a situation might be, because sometimes all it takes to make a difference is a little faith. 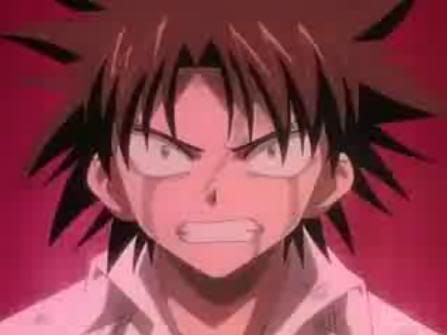 I admire his naive view of people, despite what their background or even species might be. In our world today, we are often told to be wary of strangers. Whenever someone offers us something, we would often question their motives and would rather choose to be skeptical than accepting. Where others tend to judge, Ueki sees rather the true person itself, choosing to rather accept and trust. Some might call him stupid but his actions seem to remind of a person who lived quite a long time ago who befriended everyone without judging them. If our world had more people like Ueki, we would be less suspicious of each other and be involved in much less squabbling and distrust.

Although the character may be idealistic and a fictional creation, I can't help but to feel inspired by his actions sometimes. He never questions the passion in which he fights from and he never gives up in the things he believed in, no matter how difficult it might seem. For someone like me who gives up at the slightest hint of trouble, choosing rather avoid rather than to confront, I learned from his that you can never really know your limits and you can never really achieve what you want if all you ever do is to run away from obstacles.

Besides that, I also find how the antagonists are shaped in the anime. Each antagonist have their own world view which is highly similar to the ones we usually see in the real life, with one saying about how ends justify means and as long as you reach your goal, nothing matters. Or the one that says power is the only thing that should matter while everything else relative. Or another one who argues that only the strong people can rule and if you cannot be strong, you will only serve the strong. Or how you should only trust yourself in the world because others would just stab you in the back.

All these are reflective of some world views that we might encounter in the world which I myself have heard some of my friends boasting about before. I love how the anime shatters each and everyone of them and shows us that in the end, what matters in the end is the friendship and the passion you have.

I also love how the battles are mostly of wits and strategy, not just you evolving into a more sophisticated version of something else. It is much more interesting to watch than animes where the battles are about who having a bigger sword because it makes you think and guess. It also teaches us that strength is not the sole determinant of a conflict and that wits matter a lot too.

In essence, I love the way how this anime exhorts us to stay true to our true selves and as long as we do not give up and remain true to our beliefs, we can achieve our dream. It teaches us the power of believing in your friends, even though the world today may say otherwise. Few animes can live up to this one, that I can tell you.
Labels: Anime Rantings