I tink I taw a King Leoric!

Okay, so I admit I have not been a real fan of Diablo. And that I have not been doing things that I am supposed to be doing, like studying. In fact, I've been spending the weekend like most gamers out there in light of Blizzard's recent announcement of the Diablo 3 Open Beta Weekend, furiously clicking the login button over and over again in hopes of accessing the server and cursing every time they decide to bring the server down due to 'technical' issues.

You can't blame me though. The entire gaming world is abuzz with the upcoming release of Diablo 3. After all, its predecessor, Diablo 2, had been one of the world's most popular game once upon a time ago.

I did try playing Diablo 2 once, how I started it I never know, but I suspected it might have something to do with the peer pressure back then, and I thought it's only logical for me to play Diablo 3 too. Although I must say I never got to finish the Diablo 2 game and I had no idea what was going on in the second game too because I was still a kid back then.

Still, like the last time, the peer pressure is just too much to bear for this time round, with hordes of my friends saying how excited they are about the release of the third installment for the game and naturally, I followed suit just too look cool and not be left out during conversations. Yes, peer pressure has always been a defining force in my life.

In just two days, aside from the hours spent trying to log in to the game, I have killed King Leoric several times over (I guess he's pretty mad over it), leveled up two characters to the max beta level, trying going for all the beta achievements and got myself a few gold level equipments. In essence, I wasted my entire weekend on the game. 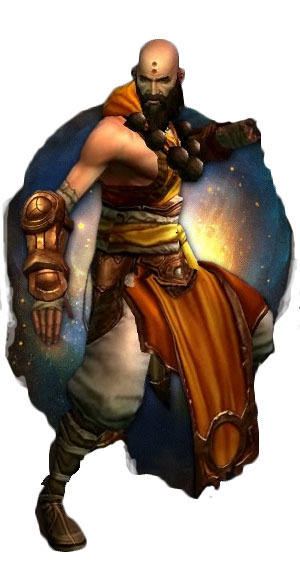