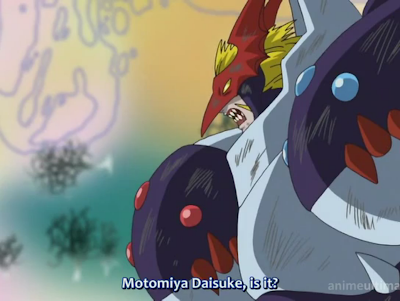 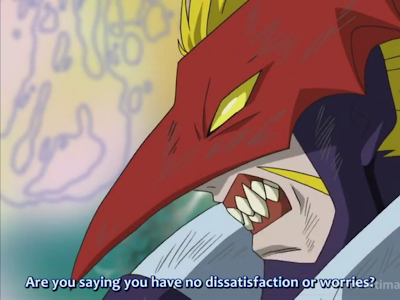 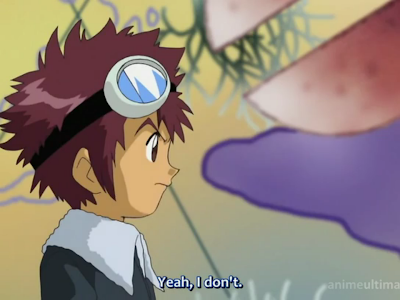 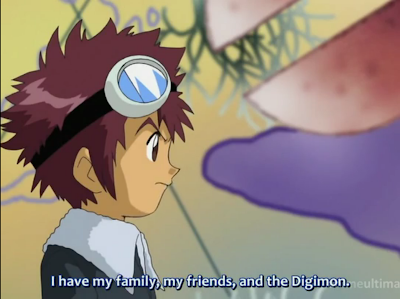 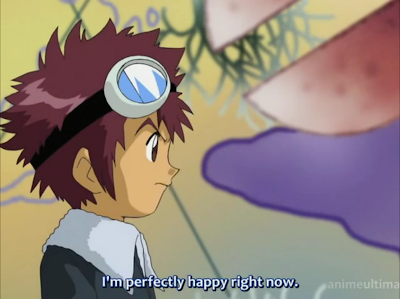 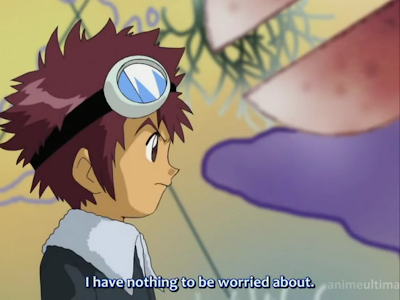 To be honest, aside from Iori (Cody) and Miyako (Yolei), Daisuke (Davis) is another character that I disliked in the second season of Digimon. In comparison with Takeru (TK), you can easily see that he is more childish, more emotional and more impulsive than Takeru. Which is why since young, I have always wanted to be more like Takeru instead of Daisuke because to me, Daisuke seemed to more rash
and more uncool than Takeru. Besides, he also strike me as someone who is very simple and usually do not think very far into the future. Not very admirable, if you ask me.
However, when watching the final battle with BelialVandemon today for the second time, I realized that instead of Takeru, whom I always worshiped, I might be more similar to Daisuke in more ways than I imagine. And despite all his shortcomings, he had that one quality that saved the rest from being trapped in BelialVandemon's illusion; living with no regrets. That quality of his used to be one of the aims I have always wanted to achieve in my life too and seeing him say that sort of reminded me of what I wanted to be once upon a time ago.
While there are countless interpretations of what "living with no regrets" mean, some believe that you should party til you drop while others think that you should make the fullest of it by doing useful stuff like studying, I believe in the one that says that "should today be your last day, if you are to die today, you can die happy without any regrets".
I like how Daisuke portrays this principle in the anime. Although his thinking, wants and needs, along with V-mon seem very simple sometimes as compared to his companions, it is this characteristic of his that is his biggest strength. While others are worrying about loads of other stuff, he usually sees no further than the day he is in and concentrate his fullest on making the most out of it, without holding on too much to the past or worrying too much of the future. To him, it's today that counts.
Seems like having a simple thinking isn't that bad after all.
Labels: Random Rantings