It's a scary world out here

My brain never seems to stop working. It's constantly thinking about problems in the world, musing about it and wondering what could be done to make things better. Which is kinda annoying sometimes, because it would just go on and on, not wanting to stop and eventually you'll see me becoming something like the owl up there. The worse part is that although my brain thinks a lot, it never gets translated into action. I have a lot of brilliant ideas in my mind but most of the time it would just end up forgotten sooner or later. The few luckier ones get to make it to a blog post but that's only one or two. Rarely there's any concrete action coming out of it.

Just this evening I was thinking about how unfair the entire blogosphere is. There was the competition organized by Nuffnang and Cathay Cineleisure, which I'm dying to join, but judging on how past events have gone, I think the chances of me being selected is very near zero.

For starters, my blog ain't those type of blogs that companies like. I rarely do advertorials, I rarely attend events and I rarely have loads of readers on my blog, which is bane to advertisers and competitions organizers because they want as much publicity as possible and most of the time, they do not care about the quality of your posts as long as you have thousands of people landing on your blog. That is what marketing is about anyway when it comes to social media. Just take the Steven Lim and BigFish.sg case for example.


My friend, Darryl Kang, once mentioned that if you want to be a famous blogger, there's a few paths that one can follow. One is to post sexy pictures of yourself to the blog, the other is to be as controversial as possible and the last option is to write good content to engage your readers, which is by far the most difficult because while sexy and controversial can be easily defined, good content is not. What may be good for you may not be necessarily good for me and different people have their own interpretations of good content. Besides, you also need a vocabulary that is decent enough to be considered as having a good content. Guys like me who always make grammatical error here and there can never expect my blog to make it to the good content category. 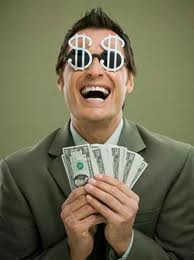 Not only that, I think another point he forgot to mention is something regarding sponsorships and advertorials too. I don't know if anyone thinks the same, but for me, the blogosphere is really much like the real world or sports arena where sponsorship matters a lot. If you are someone who is willing to sell your soul out just to have companies sponsor you (eg: writing a very good review about a product that you received free from a company even though you hated it), naturally you will have a lot of opportunities coming your way. Because for most companies, they do not care about what you really feel about their product, their only concern is to get as many good reviews as possible on the web and if you're known to be critical, it wouldn't be surprising for companies to shun your blog.

I guess when it comes to marketing, profits matter more than anything.


Oh well, I guess I shouldn't be complaining. If they want me, they'll choose me. If they don't, that's their lost. I'm not really that kind of person who will chase after people begging them to give me an opportunity. I'll do my best if you give me a chance to prove myself but if you don't, I just hope those other bloggers would be worth it.

Later at night, I had one sort of chatting session with the old birds at EusoffWorks, the committee that I really identified with when I first entered Eusoff. Somehow, for some reasons that I've forgotten, I seemed to have drifted apart from the comm that I liked very much during my first year (I practically spend every night there) to someone who is close to being a phantom member.

Chatting with a few of the seniors tonight reminded me of the times when the seniors of my time used to have serious discussion in the room while I listened attentively. I miss those days, if you ask, where there is just no holds barred when we're talking. I never knew how effective it was, but it certainly made me think more and made me wanted to do so much more things.

Perhaps it's time for me to start spending more time in the room again.

I guess that's roughly all what my brain thought of today, there's a religion thing surrounding immigrant Laos people in the United States, but I've ranted about it yesterday so I think I'm just gonna go sleep.
Labels: Blogging Rantings