I have a ticket. Not just any normal tickets that could get you into a cinema or let you enjoy 50% off your next meal, but rather a really special ticket. One that can get you from location A to location B which is about 300 over kilometers away. Awesome right?
Well, there's a catch though. Okay, maybe a few. For starters, that ticket can only get you from Singapore to Ipoh. No other places. The starting point is Singapore and the end point is Ipoh, that's it. Also, that ticket can be used on the 20th of January only, which is a few days before Chinese New Year. Just one day. And there's also an 8 hour butt aching journey on a bus you have to deal with.
Still, if you're looking to go back to Ipoh from Singapore for the Chinese New Year celebrations, you can get the ticket from me because I'm selling it. It's going for 45 SGD only, which is much cheaper than other tickets out there. So yeap, if you're looking to buy a bus ticket from Singapore to Ipoh so that you can be home for Chinese New Year celebrations, I have one for sale. Email me at doriyakiz@gmail.com before the end of December and let me know!
On other news, the results of my year 3 first semester exams will be released tomorrow, or rather today in a few hours time, and I'm not gonna view it because I will be spending the whole day out. One of my "out of sight, out of mind" tactics. If I don't see you, you don't exist. Besides, ignorance is a bliss too. And yeap, I'm damn poetic today.
Besides, looking at my results has always made me go like this: 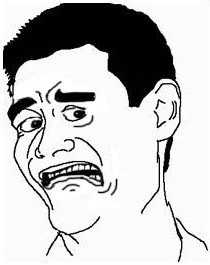 "Uber super OH WTF ewww" response, every time without fail. Which is why it's better to leave my results somewhere in one corner, forgotten by the rest of humanity. It's not really impressive anyway. But then again, the suspense would kill me. Oh god.
And on other other news, because I have no better transitional phrases, I saw in Xiaxue's blog today of her winning 2 awards from NAPBAS (Nuffnang's Asia Pacific Blog Awards). Lucky girl, she is. Of course, she's a great blogger but a more important point is also because Nuffnang loves her. I don't know if anyone noticed this but Nuffnang seems like a very biased company to me.
Rather than be impartial and to support all bloggers equally, they are very jealous of competitors and would go to great lengths to preserve their monopoly of the industry, hence the "Gliterrati" status and also the practice of making more established bloggers sign contract with them. And if you step on their toe, well, you can say goodbye to any opportunities from Nuffnang.
But Nuffnang is not my target today. After all, I'm just a small fry blogger who is too small to be heard and definitely not the best person to go after a big company like them. I'm more interested in the whole hater thing by Xiaxue though.
While she's being pissed off by the enormous amount of haters she have, I on the other hand don't mind having a hater now and then. Not to say that I love haters, but I think a good measure of your success comes from the amount of haters you have, at least in the internet realm.
Having haters means having people who talk about you and although they may say really bad things about you sometimes, they're also helping to drive traffic to your website indirectly when they rant about you. And besides, what better place to have haters than the internet. They can't touch you, you can't really hear them and there's always the X on the browser should you decide that you had enough. The most that you can get from internet hating may be just a few fingers pointing and hushed whispers when you're in the public. Certainly no serious acts such as tie pulling that one SMRT staff had to face no thanks to the breakdowns recently.
And most of the time, haters on the internet hate you because they're jealous of the success that you have. Which is why they spend a lot of time and energy to try and bring you down. Because they can't stand the sight of you being better than them. It's mostly the jealousy that drives haters to do what they do. If people really don't like you, they don't give two hoots about what you're doing, which might explain why no one cares about my blog. Ouch.
Which is why I don't mind haters. Heck, I might even welcome them too. Something like, "Hi, you hate me? Great! Do you have friends who think the same? Make sure you bring them to me yeah? The more the merrier!".
So haters, come at me bro. 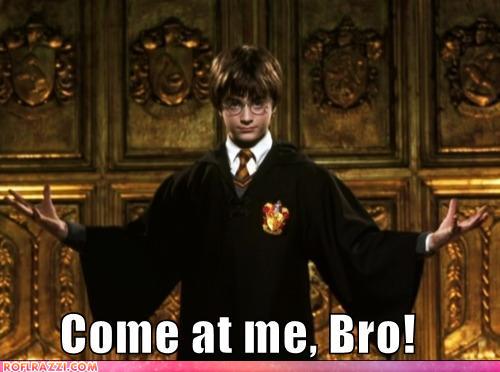 P/s: If you're looking for the hate post by this Australian blogger Melissa444 who criticized Xiaxue and Nuffnang, it's at http://www.thethingsidtellyou.com/2011/12/oh-come-on.html
Labels: Advertisements Blogging Rantings