What I learned from my 30 minutes of "fame"

As some of you might (or might not) know, I had the chance to appear on Channel News Asia's BlogTV.sg today (or yesterday), with the episode title of "How I Slapped My Mother", thanks to the post I wrote a few days ago about the Adelyn issue. Like I said, the last thing I expected was to be on TV thanks to a post. And there was Lukey, "representing" the blogging community on TV. I was even called a prominent blogger. Only if reality is as what the title says.


But being the blogger that I am, it is only natural for me to want to blog about the entire experience. After all, it's something that not many people can brag about and if you noticed from the show, I never really got the chance to say much. So here's a longer version of what I've learned from my 30 minutes of fame on TV and some additional stuff that I want to add on.


1. Live TV talk shows are like tutorial sessions in university. You have to think fast, speak fast and sometimes be ready to interject on others when they are talking to voice your opinion. And keeping quiet will only result bring about negative consequences. But instead of grades, what you'll be getting is airtime and fame. So time if you want to know how good you are on TV, one good indicator is to see how good you are in tutorials.

2. Despite his talk about regretting about what he's done, I still think Xavier enjoys the fame he's getting. Like yesterday, he picked a fight with Steven Lim. Steven Lim, out of all people. It just makes me wonder about the true intention behind his tweets provoking Steven Lim. Not only that, he even included @yankaykay (Kandy Kayne) and Dee Kosh in the tweet. Is it me, or is the timing just nice?


3. But still, who am I to complain. Judging by the amount of tweets he received over the course of 30 minutes, even with the hashtag #xavieriscuteontv, he's probably more famous than the handsome Lukey here. And boy, is he tall. So yeah, maybe I'm just jealous.

One reason I could think of is because of the reaction we give to people who does outrageous stuff on the internet. They know that people would respond en masse and they know love the attention given because after all, you can appear on TV, maybe get some money in the meantime. My suggestion? Remove avenues for people to gossip and to spread news like that and think twice before responding in rage everytime you see something. When there's no response, people wouldn't be so keen to "show off" whatever the antics they have in mind anymore.


5. Getting hooked on 9gag and Rage Comics wasn't such a bad idea after all. At least I know how to recognize meme faces when asked. Too bad I mistaken "Challenge Accepted" for "Like a boss". That was embarrassing. But at least I got Forever Alone correct. Maybe because my blog is like the forever alone guy, just sitting there on the web being forever alone.

In short, it was still quite a great experience. I can finally cross out "Be on live TV" from my to-do list (you can still watch the show online at http://blogtv.channelnewsasia.com/default.aspx in the last week segment) and die a happy man.

But in the meantime while I'm still alive, I would still continue to rant in my blog about things that I feel strongly for, like the Adelyn issue, and see how things go from there. Who knows, you might just see me again on TV after ranting about something else big. Like the 11 year old girl who shared her bikini picture on Facebook and how pedobear is on a plane to Singapore right now. 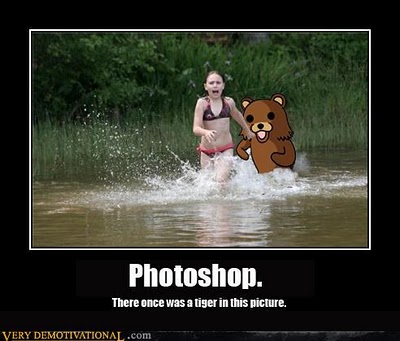 Until then, I'm quite happy with what I have now. Getting famous was never my first priority when I started blogging and I'm just happy shooting random people on the internet. After all, I'm best behind a keyboard, which is why I am a blogger and not a TV host to start with. And with the TV show, I guess it gives the entire issue sort of a closure, unless I feel tempted to respond to hate comments with thesis argument but til then, in a Adelyn manner, hosehliao!