I wanted to write a long post today, because there have been a lot of interesting happenings lately in but somehow I just cannot find the time to do so. You see, I have a more important duty than blogging now, which is slaying dragons and protecting the world of Skyrim, so free time to blog is something of a rarity now. Besides, having exams at the same time also makes me largely uninterested in other latest happenings because grades is the all important focus.
But as I'm still dreaming to be a handsomely famous blogger, I have no choice but to update this little blog of mine. If you have been following the news (or rather gossips), you would have notice a lot juicy news going on lately. There's the police who casually pepper sprayed protesting students in the US (the whole case is now in an uproar and I'm hoping to blog about it), more young girls showing their boobs in Facebook, another suicide in another reservoir (old news, old news) and the constant whining from me about my exams and lack of visitors here and in Twitter.

Another particular news that interested me a lot, besides the boob flashing in Facebook, concerns the recent comment made by an Ah Tiong (or basically a authentic Chinese from China whom we formally call as PRCs or informally, Tiongs) about exams. He posted in the Chinese social networking website, Renren, about how PRCs shouldn't worry about exams because Singaporeans would always do worse than the PRCs. And he's an NUS student.


Naturally, he found out the hard way that there will always be a bastard friend of yours who will screenshot your status updates to the world to see. And in a country like Singapore where the level of xenophobia is quite high, pretty soon he'll realize that his life is pretty much in danger. As I'm writing this, he has already deleted his social media accounts due to the backlash he's receiving. To make matters worse, his matric number was circulated widely among the internet and I doubt he'll have a peaceful life in NUS in the future. I pity him in a way.

The only question that I have is that how on earth did that status update got leaked so fast? As far as I know, practically no Singaporeans go to Renren, after all the original Facebook is much better, meaning it is very unlikely for a Singaporean to stumble across that post and to spread it like wildfire. And I couldn't think that it is the own PRCs who sabo-ed themselves. But that's not the point.

The reason why I'm writing this post is to offer my 2 cents on this issue, as I am a foreign student myself and perhaps give an alternative viewpoint to this issue. 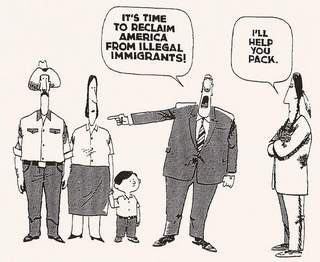 Contrary to popular belief of Singaporeans that we foreign students are here to "get your jobs" or "steal your piece of the pie", trust me, none of us have the intention to do so. We do not come here thinking that, "Oh I'm so gonna make the Singaporean's life miserable by robbing them of their opportunities" in the first place.

Like you and like the rest of us, we came here because we're looking for a better chance in life. When faced with two alternatives to choose from in life, of course I would take the better one. The choices handed to me when I finished my O levels was either study in a university with a global ranking way below 500, teaches all of it subjects in the Malay language and don't even allow me to wear shorts to class due to decency concerns or a university that that is one of the top ranked in Asia. For the sake of my future, NUS is the best choice that I had.

To illustrate my point, if you, a Singaporean, was offered a choice to study in Cambridge or Harvard as compared to a local uni, what would you choose? I'm sure you would choose the Cambridge or Harvard if your main priority is a better prospect in the future. In fact, I know of a lot of Singaporeans who go overseas to study too. So in a sense, you're like the PRCs there.

Also, I have seen a lot of Singaporeans complaining about the government simply allowing people to come in and out, but I still think that this is one of the lesser evil in ensuring that Singapore stays competitive globally. If you would just take a look at Malaysia, which is the completely the opposite, look at what the tight immigration policy along with all the affirmative actions have done to the country? While on one hand one can argue that it safeguards the interests of the citizens, it had also caused the significant lack of professional standard in the country as it does not appreciate talent and efforts. Just take a look at the standards of local Malaysian graduates and the economy. Some can't even converse in English when they graduate from university.

I mean, why can't we all just be friends? While it's perfectly normal for hostilities to rise when two groups interests are conflicted, I'm saying that it does not have to be so. People like the Ah Tiong up there probably do not know about stereotypes and I'm sure he's very much regretting his actions now.
For one, I'm definitely not interested in fighting or proving who is smarter. I'm here because I need to survive and Singapore offered me a chance and I took it. And it's not like I'm not gonna repay it (I bonded for three years after all). I'm just here because my old country does not appreciate me and I thought my efforts should be invested in somewhere that at least accepts me, that's all.
So yeah, why can't we just be friends?


P/s: For the 8 people who I promised to blog about you all, the next blog post will be it!
Labels: Happenings Singapore Studies