And so the other day out of extreme boredom and a deflated self esteem, I decided to post something random on my Facebook page wall, thinking that no one would notice it. Boy was I wrong. So as promised, a blog post dedicated to Wei Wen, Eliza, Stephanie, Lydia, Kayne, Supia, Rita and Mey Shyan. And for a post this special, a story is needed! Do forgive me if it's not good though, me have no story writing experience prior to this!


"The story goes that a long long time ago, 21 years to be exact, a handsome boy called Lukey was born in a small town called Ipoh, which was located in a small country called Malaysia. Now when the old man in heaven decided to make Lukey that time, he did not give a lot of positive qualities to him, except that handsome look, of course, thinking that the things that one would treasure the most are the things that one has to learn through hard work and failures so the old man had in mind 8 people who will affect Lukey's life one way or another.

The first person on the list was none other than Lukey's own sister called Lydia. Growing up, he sure did had a lot of fights with her. Sibling rivalry was alive and well between them too. So well in fact that there was fist fights, hair pulling and screaming almost every time a quarrel broke out. It's amazing how no one got sent to the hospital amidst all the violence. But still, as Lukey grew up, he learned the value of family through her. Although we may have fights here and there, the most important thing is to patch up after the day.

And as Lukey grew older, the number of people he met grew too.

There was once during secondary school when Lukey grew very desperate for a girlfriend (not that he's not desperate now) seeing that most of his friends in school have one. Using the only way he knows how, the internet, he unashamedly stalk countless girls profile and start making friends with them. Though it may seem foolish today, that was also one of Lukey's bravest period ever. It was during this period that he got to know most of his friends today and it was also during this period that he got to know 2 out 8 the 8 people, Eliza and Wei Wen.

With Eliza, Lukey had one story to tell. Back when the pubertal hormones were raging, Lukey developed a liking for her and back in secondary school, liking a girl meant lots of calls and SMSes. They shared feelings on the phone and sometimes would often talk until late of the night. For reasons I don't remember, both of them confessed to each other before. But somehow, the circumstances were just not right and they did not end up together. They did become godbrother and godsister after that but that's as far as they went. Ah, the things that one would do when you're still naive. From that experience, Lukey learned of the importance of saying what's on your mind because if you don't, opportunities are bound to fly you by.

Lukey had a great story with Wei Wen too. For yet reasons unknown again, when they both got to know each other, their relationship was built on mutual teasing. She was one girl whom he can chat freely and jokingly over MSN and gossip about everyone else. To him, she will always be one of his best buddies whom he can share anything with. Though unfortunately, there was also one period when he hurt her deeply. Through that experience, he learn a painful lesson about commitment. Still, he is glad that what's past is past and they're still good friends today.

As the years went by, Lukey finished his O levels, became much less adventurous online and entered Form 6, Malaysia's pre-university education that is rumoured to be one of the world's toughest. There, he met Kayne amd Rita.

The Form 6 years is a period which he will always treasure. For the first time, Lukey joined the prefectorial board and became one the of commission head. How he achieved that, I will never know. That's where he met Rita though, because she was his comm's treasurer or secretary, I couldn't remember. One thing that I do remember is in his whole life before that, Lukey had not met any other girl like Rita before.

Unlike most girls, Rita is one loud girl. She doesn't act and is true to herself most of the time. Some may not like her attitude but to Lukey, he did not mind. In fact, Lukey often admires her for her frankness. She taught Lukey the value of staying true to yourself despite all the pressure. She is also one of the close friends Lukey had in school because he knew he could trust her.

Aside, from Rita, Lukey met Kayne too from prefectorial board. All of them were part of one clique of friends who enjoy hanging out together. And Kayne too was a loud girl. Not only that, she can hit people quite pain too. Thanks to her, Lukey got a few bruises before for teasing her. But still, thanks to friends like Kayne and Rita did he had a great time in Form 6 despite all the hard work. Like I said, Form 6 is one period Lukey would not forget.

As for Supia, Steph and Mey Shyan, it was through this blog that Lukey got to know them.
Lukey knew Supia alongside with a bunch of happening bloggers through Innit back when it was still spam free while Lukey knew Steph through his one time attempt at stardom when he participated in the Standard Chartered Bank's World's Coolest Intern competition. Mey Shyan on the on ther hand, taught Lukey the valuable lesson of staying true to your blog and not make fame your primary goal. Now who said blogging is for people with no life?
Best of all, all the 8 people are girls." 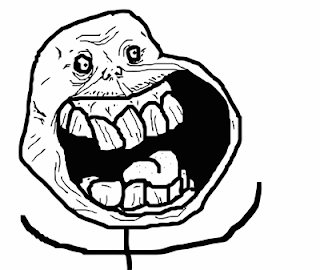