There have been a lot of talk going on recently about suicides in Singapore and most of them revolves around a place called Bedok Reservoir. Since June this year, there have been six incidents of suicide there, all widely publicized by the media, which generated a lot of discussion both on the web and in everyday life. Concerns were mainly raised about the safety of the water for consumption, whether the place is now haunted and what should be done to prevent people from committing suicide there.


When I first heard of the incident and when it was subsequently sensationalized, I did not feel the need to blog about it because for me, the whole discussion of the issue did not focus on the root cause of the entire problem, suicide. After all, Singapore has a averagely high rate of suicide, ranking 43 out of the entire world in a 2008 study by the World Health Organization and in 2009, there were 401 cases of suicide in Singapore. That's roughly 33 people per month and almost 1 suicide case everyday, according to SOS (Samaritans of Singapore).


So why are Singaporeans only paying attention now when suicide has always been an issue here?
One of the causes of why Bedok Reservoir suicides are such a hot topic, on my opinion, has to do with the buzz generated by the media itself. Like they said, ignorance is bliss. If the media had not continued on to report about the cases of suicides there, people would not be so aware that Bedok Reservoir has turned into an ideal place to take your life. After all, that's roughly the reason why you do not see report of people committing suicide everyday in your newspaper. Just imagine how life would be like if everyday when you turn open your morning paper to discover yet another person has taken his/her own life  in Singapore. Everyday. Pretty depressing, ain't it?
Besides, Singapore is not the first country to have this type of problem. The Golden Gate Bridge of San Francisco in the US is the place with the highest rate of suicides in the world, with people jumping from the bridge once every one or two weeks, despite numerous attempts by the authorities to stem the problem. Japan too has its own hip suicidal place. Called the Aokigahara Forest, it's one of the place where most people kill themselves in Japan with 78 bodies found there in 2002 alone. A short trek through the forest will usually bring you to face to face with the remains of a undiscovered body of a dead person, either hanging by a tree or in some bushes, if you're lucky enough.
One might wonder what's the reason behind the popularity of these two places for taking your life. One that I can think of is because the coverage of suicides in these two places. When the media keeps reporting about suicide cases in a particular place, people will be made aware that the said place is somewhere where many people take their own lives. This may inspire a copycat effect, also known as the Werther effect. The Werther effect predicts that the more details you report in a suicide case, the more likely that others would follow suit. People may see the reported case of suicide as a model for their own and the wide publicity may also lead them to think that they would receive a lot of attention too, something that they might have always wanted, through a similar method of suicide.
With that being said, we must understand that Bedok Reservoir on itself is not the cause of the suicides committed there. It is not cursed, jinxed, haunted nor inhabited by aliens who makes you wanna jump into the water every time you go there.

Measures such as fencing up the area and making it inaccessible are nothing but temporary measures that doesn't really address the root of it, suicide. Furthermore, the continued reporting and wide publicity given to the incident by the mainstream media would not only fail to deter more people for committing suicide there, it also runs the risk of generating more copycat suicides.


Introducing a gag order, barring people from reporting further suicide attempts there would be an ideal place to start but I also think that we should even go further to address the underlying cause of the incidents, the need for suicide. 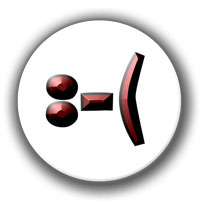 While suicide is perhaps one of the most talked about subjects, not many understand the mechanics of suicide as taking your own life is a taboo subject in Asian countries. For starters, there is this general stereotype that assumes that people who choose suicide as a means to solving a problem are nothing but cowards who cannot cope with the difficulties of life when in fact the circumstances surrounding the causes of suicide is much more complex. Holding this kind of stereotype may cause someone to brand a suicidal person as someone who is attention seeking and useless, further aggravating the situation instead of remedying it.

And in a society where material and physical health is prized over mental health, it is not surprising that many would not know how to deal with a problem or stress when it strikes. If a nation is truly happy, we can expect the rates of suicide to be low. Sadly, at least one suicide per day is not considered to be low.
Perhaps it is time for the people in power and policy makers to emphasize not only on economic well being but also subjective well being of the people? Though it is not easy, it is only through increasing the general happiness or the subjective well being of the society in general can we tackle the problem of suicides, not only in Bedok Reservoir but in Singapore in general. Or we could just introduce a better place to commit suicide other than Bedok Reservoir if our concern is only to do with the cleanliness of the water at Bedok Reservoir.
Labels: Happenings Life's Philosophies Psychology Rantings Singapore