*This post got me an invite to Channel News Asia for an interview on the 9th of November 2011 along with the well known Xavier Ong,  a parent (Ian) and a psychologist (Danny). Woots. (Blog post here)*
Every blogger, Youtube star, Twitter personality or anyone who wants to get attention on the internet knows very well that to gain fame on the internet, there's only a few things you can do. One is to engage in some highly controversial stuff like making a fake blowjob video or slapping your mum twice and post on the internet. The second one would be to write, make video or rant about the said stuff in one.
The difference between those two is that while you might gain a lot more fame by using the first method, you also risk getting a lot of backlash and negativity. People might even pelt eggs on you when you walk out on the streets. Which is why smart people like to use the second way. Not only do you get to escape all the negativity, you can also get fame and act all self righteous at the same time. Not bad right? It's like using other people's fame to further yours.
When I first saw a spike in visits to my blog with Steven Lim as the keyword, I was curious. As much as we loathe his singing, I cannot deny the fact that he's smart. He's one of the few people who banks in on the fame of others to for his own goals. His videos of Rebecca Black, Xiaxue are good examples.
So what I naturally did later was to visit his Twitter account and see what he's up to again. Turns out that this time, he made a video about this girl named Adelyn Hosehbo and singing about respecting your mother and something like that. As usual, his singing was horrible, his guitar skills was apocalyptic but that's not the main topic.
What I was more interested at was this girl called Adelyn. After all, to get Steven Lim to sing about you, you must have quite some fame to start with. And of course, being the busybody blogger I am, it's natural for me to want to keep up with the latest happenings. Not to mention increasing the traffic to my blog at the same time because I have none. But I've digressed again.
A quick Google search and some digging up later, I found out the what's entire fuss behind this Adelyn Hosehboh is about. Apparently she slapped her mother twice and bragged about it in Facebook. And being concerned netizens as we are, along with the help of social media and the ever trustworthy gossip site of Stomp, the incident quickly became one of the most talked about topics in the Singapore social media scene.
Apparently it's not only Steven Lim who posted about her, there's also the infamous DeeKosh (who tried to defame Xiaxue last time to get a shot at fame), Xavier Lur (one of Singapore's Twitter stars) and also Alvin Lim (one of Singapore's top bloggers) who jumped in the bandwagon of writing about her. In fact, tons of other people are still outrageously tweeting about her and writing nasty stuff about her in forums everywhere.
The thing is, I don't understand what's all this rage over the internet about. One thing about Singapore is that whenever something like this takes place and get posted on the internet, everyone would get so hyped up about it. I mean one or two tweets is understandable, but from what I'm seeing now is something like the Middle East protest going on except it's taking place on the internet. What's with all the rage, the CAPS LOCK and self righteous rants about how F***ed up Adelyn is anyway? It's like everyone is suddenly now a mother loving child like that.
What sickens me more is how some people are pretending to act all self righteous by posting up videos about how you should respect your mum when you are also one foul mouthed fella to begin with. It's not that I'm doubting whether you really love your mum but after seeing your past videos and rants about women, degrading them and stuff, it's only natural for me to doubt what you're saying or singing in the video. It feels fake. It feels that you're doing what you're doing now is for the sake of your own fame, not to educate people or to tell Adelyn to respect her mum. You're doing it simply because you know people will search for her name and land on your video and they'll like it because you're saying what's on their mind. You degrading her in through your comments, videos and rants shows that you're no better than her in the first place.
I don't know.
This uproar following one simple Facebook status seems like an overreaction to me. It's not as if that by ranting all out or calling her names through tweets is going to change her to become an obedient child the next day. One can lament all he/she wants on the internet but without solid action, nothing's gonna change. One might think that banging away on the keyboard would make the society a better place but the truth is, it serves no other purpose but to boost our own self image and to give us the illusion that we are doing something for the society.
What I'm saying is that don't just talk on the internet, do something in real life too. Because all the reaction on the internet is nothing but talking into thin air. It's a waste of time. I mean why spend so much energy complaining about how society have changed when your own mum might be sitting alone in an elderly home? 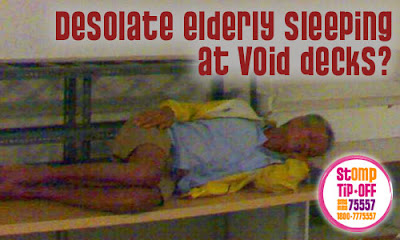 If someone needs to be blamed, it's definitely not Adelyn, it's how screwed up our society is nowadays. We all knew that this day would be coming, where kids do not respect their parents anymore, we just did not predict that it will be so soon.
But I guess I should be stopping now. Or I risk turning into who I am ranting about. Don't be like NATO (No Action, Talk Only). Because you rant as much as you want online but the situation wouldn't really change. And people who act as if they care are most of the time only interested in getting traffic from your Google search. Peace out.


Some follow up rants here from the comments: http://www.lukeyishandsome.com/2011/11/some-adelyn-hosehbo-and-pl3240-rant.html
Labels: Happenings Rantings Singapore