Why Clubbing Ain't For Me

I never liked clubbing. Which kinda explains why I am sitting alone in an almost empty block right now ranting using my keyboard while most of my friends are at a bash. To many people, dancing away in a dark environment with flashing lights, alcohol in your body and blaring music may seem like an idea of fun and a great way to de-stress, but not for me. I have never been able to put clubbing and fun together. Most of the time when I go clubbing, I'll end up being really bored, watching people dancing away under those myriad of lights. 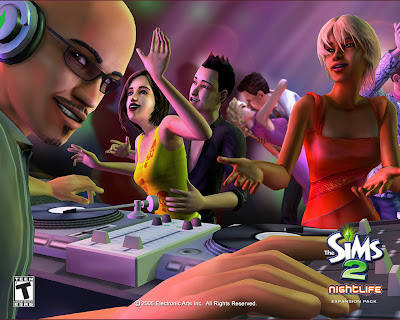 I guess part of the reason why is because clubbing was never meant to be introverts friendly. After all, the whole point of clubbing is to go out there to know people, make some new friends and get laid if you're lucky. It's a socializing activity. And I happened to suck at socializing. Walking up to an unknown girl, chatting her up and talking to her was never one of my strengths, even when I'm sober. So how would you expect me to perform that feat when I'm intoxicated. Besides, clubbing is really an extroverts exclusive activity. Us nerds should really just stay at home and blog.
Speaking of socializing, have you even heard how a club sound like before? Assuming that you've met a really nice girl that you like and you want to talk to her but thanks to the music, half of your pick up line got drown out in the way and you'll end up with one really confused girl who have no idea what you're talking about. My friend used to say that this was a good thing because it allows you to lean in real close with the girl (and perhaps your hand could get adventurous in the meantime) to talk to her. Which is why I guess the relationships you find from clubbing are usually short flings or one night stands. Give me the good ol' walk in the park quietness.
Clubbing is definitely not my idea of fun. Somehow my mind, heart and body just do not interpret jumping around, trying to dance as an enjoyable activity. At most I would end up looking awkward in the middle of the stage trying to look cool. Definitely not fun. At least killing zombies and saving the world gives me a sense of escapism. Clubbing only gives me more stress. And what kind of fun would result in you having a hangover, which includes headache, dizzyness and feeling like shit the next day? If that's the prize I need to pay for fun, then no thank you.
The news only gets worse if you're a guy. Because unlike girls where there's ladies night and stuff, guys don't get to enjoy privileges like those. We are expected to pay for almost anything related to clubbing. The entrance fee, our own drinks and also the drinks of the girl you want to hit on. Unless you're a boss of a really big ass company or the son of a boss of a really big ass company, clubbing is definitely not worth it. Because by the end of the day, you'll end up with one big hole in your pocket (and maybe your liver too). I'm only a student living on peanuts so yeah. I mean, you can't eat peanuts and have fun in club. Everything is about alcohol and alcohol ain't cheap.
Oh, and then there's the aftermath. Time and time again I will hear stories about people doing things that they would regret doing later on. Like waking up on a bed which doesn't belong to you the next morning with naked person next to you. Of course if it's a hot girl then you've scored but what if it's not? Worse still, it could be a guy for all you know. Imagine the mental scarring that incident would leave on you on the whole life. But unto more serious things, if you're really drunk and don't know what you're doing, you might even end up with a sexual transmitted disease from that encounter. How would life feel if you've got HIV just from one night of fun?
Of course, I'm being pessimistic here. Clubbing isn't that bad for all we know. I'm just saying that there are a lot more enjoyable activities out there other than clubbing alone. Activities that requires you to waste less time, effort and money than clubbing. One of my friends used to say, "Why go clubbing for the sake of dancing if you can dance to your hearts content elsewhere?" to refer to his friend who used to give dancing and de-stressing as an excuse for her to go clubbing and I think that sentence could be generalized to a broader content. Why go clubbing for fun when there's so much more alternatives for fun elsewhere that involves much less risks than clubbing?
But then again, I might just be jealous.
Labels: I really should be sleeping Life's Philosophies Rantings