When You Have 3 Assignments Due 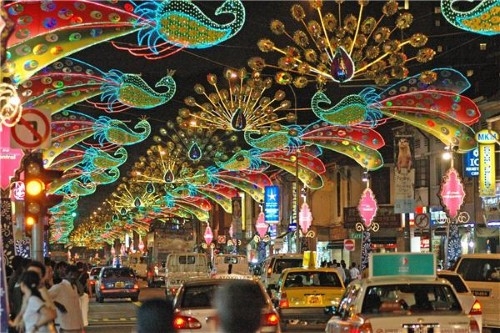 I have 3 assignments due but yet I'm sitting in front of the computer waiting to celebrate my friend's birthday while thinking about what to blog. And since I have no mind boggling, funny or epic post on my mind today (the three assignments are really taking up a lot of hard disk space), I think I'll just rant about what happened in my tutorial a few days ago, since I'm still quite annoyed by it.
You see, one thing about being in an Arts tutorial is that you're expected to talk. A lot. And when you're presenting, you're expected to talk even more. Even more than the annual parliament budget presentation. Which is not a good thing for a guy like me. Even after 19 years of practice of talking in front of strangers (be it in church, school or events), I still have the butterflies whenever I have to present in front of many people. It's either my stomach is too sweet til it never fails to attract butterflies or there's a gene inside me that makes me all nervous when I have people looking at me whenever I'm doing stuff.
And so I was presenting about the idea of multiculturalism in Singapore and how the abolishment of the entire CMIO (Chinese, Indian, Malay and others) tag would help in establishing a country that is truly multicultural. I was immediately shot down by the lecturer though, saying that race would always be an issue in Singapore and abolishing the CMIO tag would never truly eliminate racial differences. Of course, once I was shot down, I never got back up. For the rest of the tutorial I ended up looking kinda stupid for daring to suggest something as outrageous as that. After all, Singapore have known CMIO for so long, more than five decades actually so why bother changing something that is so embedded in society? And if it's working fine, why not just let it stay the same?
Boy, how I wished I was presenting using a blog during that time because I could immediately think of a response to that shooting.
Despite my lecturer's pessimism, I still think that the abolishment of the CMIO categorization would go to forge a better national identity than having us all labeled as being different. You see, the first thing that happens when we're born is that we're given a tag. Are we Chinese, Indian or Malay? Then as we grow up, that tag would continue to follow us around. Because of that tag, we are made aware that there are different people than us. People who do not share the same characteristics as us and different. And because of that tag, we are expected to act in a way that is appropriate to that tag. Chinese are expected to excel in studies, Malays are expected to wear tudung and Indians are supposed to celebrate Thaipusam. The list goes on.
Not only that, when we are divided into groups, basic human mentality would cause us to think that our group is better than the other. We would normally belittle the outgroup and apply more stereotypes to the other groups.  This is a strategy of survival each of us adopt. We would start to categorize people according to that tag and we would think that everyone belonging to that tag as having the same characteristic. That's how racism comes about. For example, the assumption that all Malays are lazy. It's not true but because of that tag, we tend to think in that way.
I do not deny the fact that some form of racialization would still exist privately but after so many years of independence, isn't it time to view everyone as the same? Why not let everyone be a Singaporean instead of Singaporean Chinese, Singaporean Malay etc? Without a tag, it is harder to discriminate against people who do not share the same tag as you because everyone would be the same. It is much harder to say, "Hiring Chinese only" when everyone is a Singaporean.
Of course, then there would be people who would worry about the corrosion of values and cultures that are distinct to the races but just let me ask you a very simple question. How many of the younger generation actually act according to their race identification anyway? How many Chinese youths truly know how to speak Chinese? How many Malay youths truly practice Islamic teachings?
Creating racial boundaries would only encourage racial practices. I'm not saying that the government should abolish everything related to race but at least on an official level, there should not be a categorization according to race. In modern times like now, race is increasingly becoming more diluted, as evident from interracial marriages ("Hi, I'm a Malay cum Chinese cum French etc etc") and it is getting harder and harder to define what a race truly is anymore. Why not focus instead on a common identity rather than one that sets us apart?
Abolishing CMIO may not work overnight but in the long term, it may help to forge a stronger national identity than an ethnic identity.
And take that you lecturer. This post is written in a half asleep state at 3.30am. If I were more awake, I would be able to blast more points to you.
Labels: Rantings Singapore