What Does Blogging Mean?

Yeah, since today's a Saturday and I am looking for an excuse to not do my homework, blogging seems like a great option.
I've been doing some soul searching lately and there's quite a number of things I would like to rant about. And when there's quite a number of things that I would like to rant about, the resulting blog post would tend to quite messy without a coherent backbone. If you're the kind of person who prefers a main storyline, this post may confuse you a little bit. But who cares, it's my blog, I make the rules.
A few days ago while I was browsing through the web I managed to land on blog post titled "When will I find a Singaporean blogger* that I truly admire" written by a girl named Aud. In that post, she talks about finding a blogger who provokes deeper thought and isn't average popular blogs like Xiaxue's or Mr Browns. I was briefly mentioned in the post (which inflated my self ego for a few seconds until I started the next paragraph) but so was Kok, a guy whom I had debated with a few times before but ended up badly losing because my English was still stuck at a primary level while his was Oxford's. Being the jealous guy I was, I noticed that he had 3 paragraphs dedicated to him but I had only 1. Which then sunk my earlier inflated ego to depths of the Mariana Trench.
But that's not the point.
It's the way how she said she disliked how Xiaxue and Mr Brown wrote their blogs that hit me like a brick because it was them whom I've been to be like from the start in hopes that if I be like them, perhaps my blog could be more famous. In fact, I've been trying to be like a lot of other people in my quest to draw visitors to my blog. By trying to be like them, I mean trying to copy their style of writing, the way they convey their points in their blog and how they blog in general. My reasoning was if that style work so well for them, maybe it will work for me too.

In my past two years, I've tried to be funny like Kenny Sia, 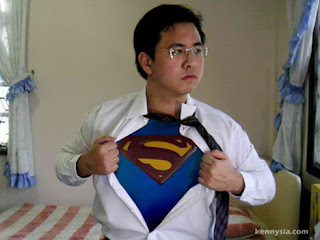 Tried to be lame and talk cock like Kenwooi, 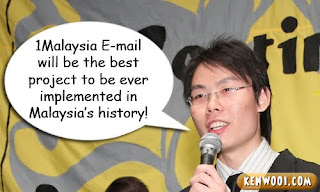 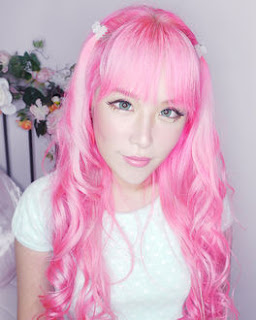 I even tried drawing comics to copy the Rage Comic's success. 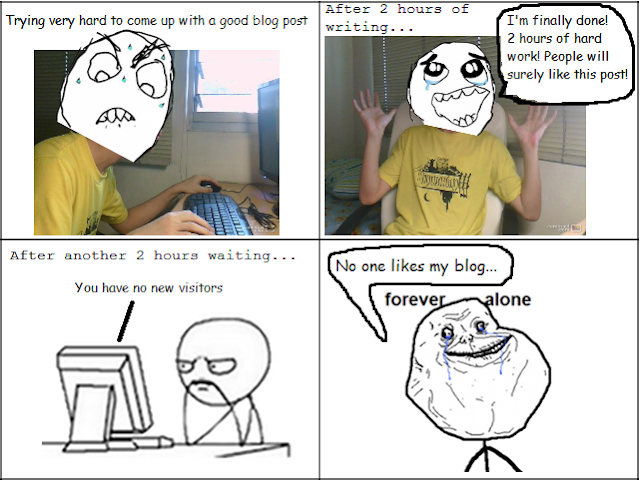 But copy as I might, my blog did not become famous overnight as I hope it would. I realized that a style that works for some doesn't necessarily mean it will work on you. Besides, I've got this whole blogging thing wrong either. The reason why I chose to emulate their style is not because I wanted to improve myself, but because I wanted visits to my blog to increase. I thought that if I copied them, perhaps I would be famous too.

In fact, when I actually think of it, being famous, getting thousands of visits and earning lots of cash has sort of became the reason why I blog nowadays. What a far cry from the purpose of when I started to blog. Which is why I guess I don't enjoy blogging as often now as I used to. Which is also why blogging nowadays seem more like a chore than a hobby to me. Whenever I blog now, all I think about is how to make the post enjoyable and how to write it in a way that people would like. And maybe that is why no matter how hard I try, I cannot achieve my goals. Because I screwed them up in the first place.

You know what? Screw the numbers. Screw the rat race.

Being famous wasn't the purpose that I started blogging and neither it should be now. It would be a good side benefit but it's not the only reason for blogging. I started out blogging because I wanted a place to express my feeling, to rant about the happenings of the world and to be myself. All other things are secondary. Of course, if there's a chance to improve I should but what I'm saying is that I shouldn't try to be someone I am not.

So bye Kenny, bye Kenwooi, see ya Xiaxue and FUUUU Rage Comics, it's time to make way for Lukey and this is my blog. I write what I want.