In 2009, Nuffnang organized the esteemed Asia Pacific Awards, a ceremony aimed to honour the best of the best bloggers in the Asia Pacific region. In 2009, Lukey was still at a tender age of 19, having just finished his A-levels, just started his new life in Singapore and still pretty much unaware of the happenings around the blogosphere. lukeyishandsome.com was still Lukey's Rantings and his blog was still the place where he jotted down his feelings and ranted about his personal life.
Fast forward two years, Lukey's Rantings has changed to become lukeyishandsome.com and although Lukey still rants occasionally about his life, you can say that this blog has certainly made some progress in the blogosphere. For starters, my mum isn't my sole blog reader now and you can say that lukeyishandsome.com has gain quite some fame in this two years period (because I'm awesome yo) in the blogopshere.
And fast forward two years, Nuffnang's Asia Pacific Blog Awards (NAPBAS) is back again. As Nuffnang puts it, "come 16 December 2011, 500 bloggers from around the Asia-Pacific region will flock to Kuala Lumpur, Malaysia for the Nuffnang Asia-Pacific Blog Awards 2011 in Putrajaya Marriott. The Awards aims to not only honour the region's best bloggers, but also to bring together blogger communities from across Asia-Pacific. The Nuffnang Asia-Pacific Blog Awards is brought to you by Volkswagen Malaysia and Putrajaya Marriott." It's gonna be grand, it's gonna be big and of course, as a blogger who started out with Nuffnang, I am itching to go. And here's the top three reasons of why Lukey wants to attend Nuffnang's Asia Pacific Awards 2011.
1. Because it's awesome! 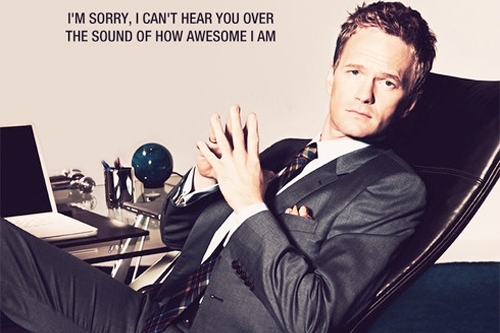 As Barney Stinson puts it, it is very important to be awesome. And one way to be an awesome blogger is to attend the awesome NAPBAS. It's like a badge of awesome that you can show off to other bloggers if you're chosen to attend this prestigious event. I mean, out of thousands and perhaps millions of bloggers around the Asia Pacific region, only 500 are selected to attend this event. That means that only the elites of the elites are able to attend this event because the selection process is gonna be tough and rigorous. Not to mention that you get to mix with the famous bloggers from around the region. It's almost like the Oscars for the blogosphere.
I can so imagine me saying, "Hey, you know what? I've been to the Nuffnang's Asia Pacific Blog Awards before" and people going, "Oh my god, that's so awesome!". And the 3D 2N stay at Putrayjaya Marriott along with a guided trip around KL and one after-party at a secret location in KL? There's only one word to describe the entire event and it's awesome. I mean, who on earth would want to give up such an awesome chance to experience one of Asia Pacific's biggest blogging event? I won't.
Which is why I am so dying to attend this event. And better still, I'm gonna suit up for the entire event. Just to be on the same par of awesomeness with the event.
2. New people, new friends! 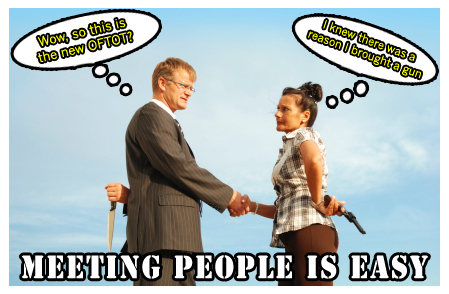 Also, with such a scale for an event, you can guarantee that the bloggers who attend the NAPBAS would be the top bloggers of the region. And though I still prefer the company of my keyboard, I think this would be a great chance to throw me out there and force me to step out of my comfort zone.
Besides, I could also learn a few things or two from the them and perhaps make a few friends at the same time. Like they say, having a network of bloggers as friends can go a long way in helping your blog grow and what better way to grow your bloggers network by attending a blog awards ceremony?
And speaking of which, there's a few bloggers that I've known through Nuffnang's Innit that I'm very eager to meet. I just have to make sure to get my name card ready for the event so I can pass out to every blogger that is attending the event. Perhaps my tagline should read, "Want to feel handsome? Then come to lukeyishandsome.com!". I just hope that it would not result in a surge of male visitors to my blog. Hmm...
3. Because Lukey is handsome. And awesome
I know I have been overusing this reason for practically everything already but when you have a blog name like that, how not to use it right? And I'm sure that the next thing that you're gonna ask is "What's being handsome have to do with me wanting to attend the blog awards?". Excellent question. To be honest, I don't have the answer.
I just know that without me, the whole event with be much less handsomer because you're missing out on one handsome blogger in the Asia Pacific Region. And I'm not just simply saying yo. The above bank note is one proof that I'm that handsome even the Bank of France had to make me the official face of their bank note.
Why would Lukey want to attend the NAPBAS? Because Lukey is handsome. Period no explanation needed. That sentence is its own explanation on its own. Its confusing but that's the whole point.
In short, it would be great if I happened to be chosen as one of the 500 lucky bloggers who will be attending the event. It would be an awesome experience and it would be a high point in my blogging life. I've always wanted to make it big in blogging and NAPBAS is like one of the stepping stone or perhaps an event that would open up more opportunities for me in the blogosphere.
Not only that, I would also get to meetup with loads of other awesome bloggers who will be attending the event too and maybe make a few new friends in the meantime. And I realize that it's time to step out of my comfort zone, behind the keyboard and enter the big arena because blogging isn't just about typing behind the computer, it is also about meeting new people and forming friendships.
Besides, I've been a Nuffnang blogger since 2006 and it would be great to finally attend one of the biggest event organized by Nuffnang. So Nuffnang Blog Awards, here I come (hopefully).
Labels: Blogging Happenings