Recently I have been watching a video going around Facebook, shared by a lot of friends of mine apparently, about how a toddler girl, Yue Yue (real name Wang Yue), was hit by a car in China and was subsequently ignored by 18 other people before finally a good Samaritan got to her. But as the story goes, it was too late. Yue Yue passed away today, October 21st after an intense struggle for survival in the hospital. 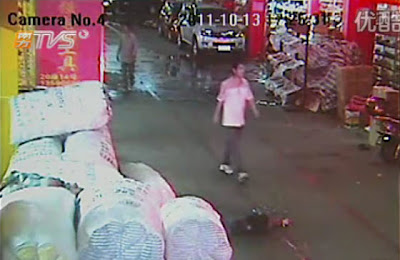