Robots fascinate me. I think it's because I'm a guy and there's a gene in all human males that makes us go "Wow...", "Ohhhh...." and "Awesome!" it's about robots. Which is why you could see small boys since young already running around with robot toys in their hands, creating their own make believe stories filled with action, shooting and lots of "BOOM!". Which is also why when we're older, robots are still popular with us. Especially if you throw in a smoking hot girl like Megan Fox into the mix.
If given a choice, all guys would want a personal robot too (except those working as fashion designers with tight fitting pants and speaks with a high pitched voice). I would definitely want one. One like Bumblebee or Iron Man perhaps. Wait, Iron Man has Robert Downey Jr. inside it.
Not only would my personal robot make me the envy of every single guy on the planet, it could also help me punch the next professor who dares give me extra assignments or tests. But that wouldn't be the main function of my robot. Being the object of envy isn't such a good thing and punching your professor with your personal robot will most likely result in you ending your university life early, in a bad way. So eliciting envy nor punching the professor is gonna be my robot's primary function.
Know what's the primary function that my robot must have? The primary function that my robot should have is, wait for it, is to have my face. Yeap, my face. No matter how my robot looks like face-below, no matter what other functions it might have, the primary function is to have my face.
Be it a Iron Man robot... 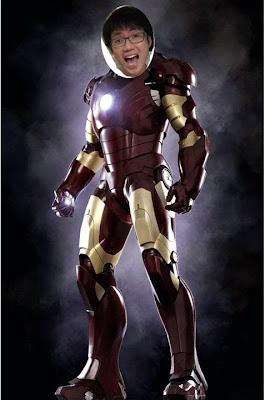 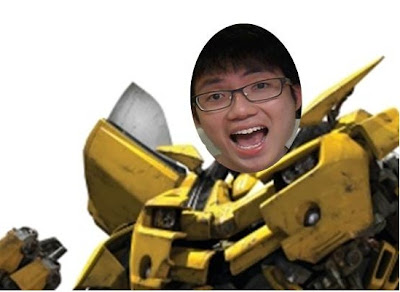 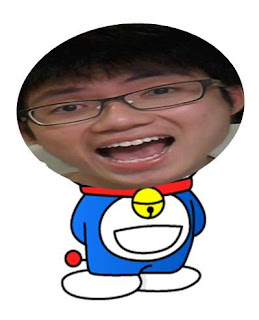 It must have my face.
Why?
Because lukeyishandsome. And a handsome robot would so totally own the stage. Not only it will make the girls go crazy, it would make their boyfriends/admirers support it too as they want to impress the girls. And any opponent robots would so totally crumble on the sheer handsomeness of the lukeyishandsome inspired robot. And like they say, first impression counts right? A handsome robot would so totally make people fall in love with it. And it can just stand there, doing nothing but still look awesome at the same time. Like I said, any opponent robots won't stand a chance.
Speaking of opponent robots, it's not just only me who wants a robot though. If you have read the latest news, another handsome dude going by the name Hugh Jackman wants a robot too. 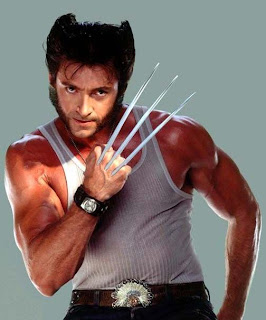 No, not the Hugh Jackman with the pointy hair that looks like the devil's hairstyle and three claws sticking out of his hand. I meant this Hugh Jackman:

Starring as Charlie Kenton in the upcoming movie Real Steel, Hugh Jackman is now a retired boxing star who earns his living putting robots to fight in the near future. He still kicks a** alright, and this time, he has a robot to help him too. Not to mention a son and a pretty wife. Judging from the trailer, I am so gonna watch this movie alright. I mean, fighting robots and Hugh Jackman? That's totally awesome. Megan Fox would be a nice addition though, but I'm not complaining.