Me and the MS Paint 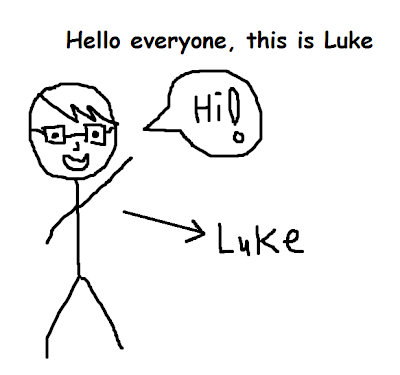 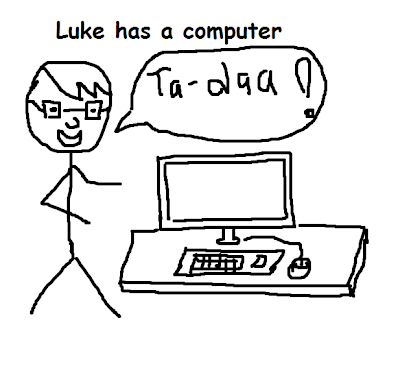 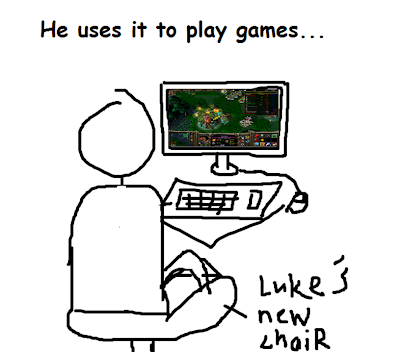 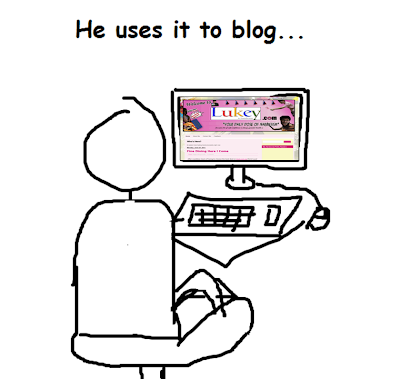 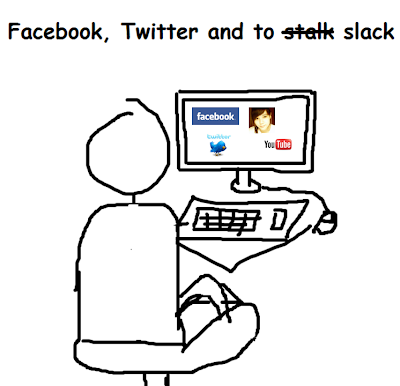 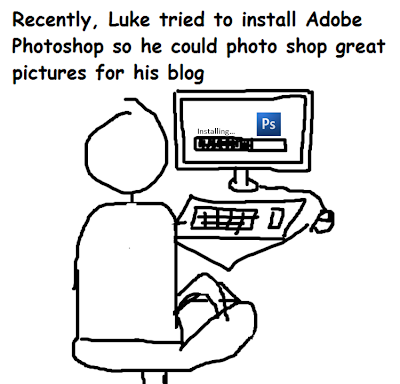 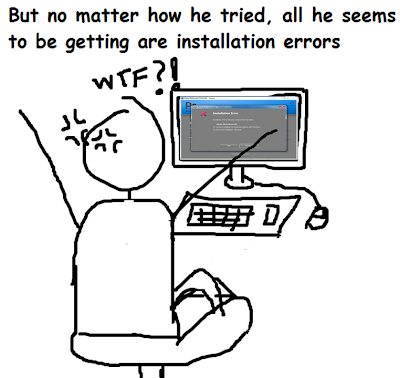 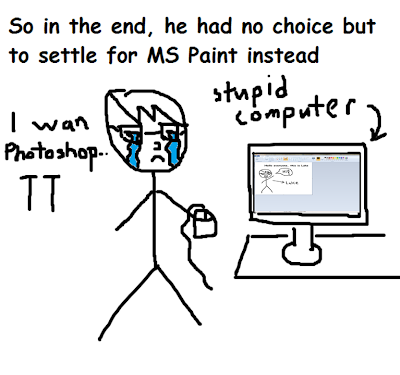 I've tried installing CS4, CS3, CS5 and even standalone Adobe Photoshop a few times already but they just don't seem to work. I don't know if it's something to do with Adobe releasing newer versions of installers that make older, torrent downloaded versions obsolete (as per forum suggestions) or is it because my computer is stupid. Honestly, I don't mind buying the Photoshop if it's reasonably priced, it's a worthy investment, but when I checked, the cheapest standalone Photoshop software comes at 500 USD. 500! Even my new chair and monitor combined is still cheaper.

So yeah, as a result of the errors, I gave up on putting my real face in this blog and opted to draw instead using MS Paint. The plain stick figure, drawn using a mouse me. Not as handsome as the real version me, but desperate times call for desperate measures. So what do you think? Can my drawings make it? Or is it better to include my real face? Or no face at all? Or do you all have any software suggestions to be used to edit pictures without the name Adobe in it?