A lot have been going through my mind lately. You know, things that have to do with life, friends, studies and relationships. I guess that's what happens when you suddenly have a lot of free time on your hands, sitting in your room alone for the whole day. You tend to think a lot. Which is not a very bad thing, considering that it allows you to take a step back and analyze your life, where are you going now, are you doing the right thing and how's life to you now in general. 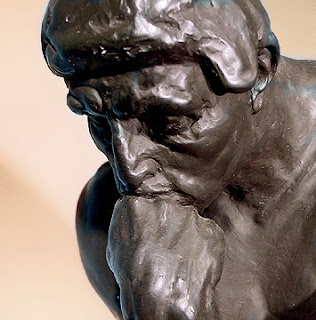 And all this thinking about deep stuff makes me want to like share out all my thoughts somewhere. You know, like when you're thinking really hard about life and then you gain an insight or reached an epiphany, you would naturally want to tell everything to the person closest to you or maybe even post it all up to your blog to share it with the world.
But since I cannot share my thoughts out publicly with my friends here without being judged and since I cannot rant on my blog too because this is a public blog and I'll still end up being judged after people read my posts, all this thinking has not quite been easy on my because right now I have too many things going inside my head without any outlet. I'm afraid that if this continues, I'm gonna go boom any moment now with all the built in pressure inside me.

Perhaps this is one of the reason I miss home so much right now. When I was back at home, there was always this group of buddies that I have whom I can just share my thoughts with, no matter how outrageous or gross it might seem, without having them telling me how wrong it is to be even thinking those things in the first place. We would just share virtually anything together, talk about anything together without having any of us feeling more self righteous. I think that's a very important criteria to have in friendships you know,  "There shall be no judging among friends". Because ultimately, friends are supposed to have equal statuses, without anyone being in higher position than the other.
Here in uni, every time I would like to share my thoughts, I have to phrase it in a politically correct way so that people would not think I'm bitchy, emo, paranoid or crazy at the same time I'm telling them what's on my mind. Yeah, there's some sort of criteria that a thought/secret/idea to meet before it is deemed appropriate to be voiced out. If you accidentally spurt out something that does not meet the criteria, you would have sentences like "How can you even thought of that in the first place? That's wrong!" thrown at you and people would start thinking that you're some immature emo kid. Yeap, there's a high level of judgmental people that you'll get to see in uni.
Which is why I prefer to keep my feelings in most of the time. Because I hate people judging and questioning me whenever I decide to say something. And I thought friends were supposed to have unconditional acceptance for each other.
Sometimes I wonder how Xiaxue does it though. Bitching and ranting about things that she do not like all over her blog without worrying too much about how other people would react. The last time I tried to pull off a Xiaxue-ish post, I have people coming to me telling that how it's inappropriate to post something like that on the public web where everyone can see and how I should maintain my image and only post politically correct things, stuff like that, which of course, erased every ounce of courage of I have left to post what I truly feel in this blog again.
I guess that's what people like about her. She's able to be true to herself in her posts, despite how bitchy or "wrong" it may be, and that is something that not everyone can do. At least I can't do that. If someone comes to me and criticizes my post, I would chicken out, say sorry and maybe delete that post. I seldom will stand my ground and say "this is what I think and I think that there's nothing wrong with it". Rarely. But then again, having someone that unconditionally accepts you also factors in. When you have an awesome soul mate (Xiaxue's husband Mike) who loves you for who you are and accepts you for who you are, naturally you wouldn't give a damn about what others may think when you voice your opinion out. To hell with those judging eyes.
To be honest, I miss those times when I can just say anything, bitch about anything without having people telling me that it's wrong and I shouldn't do that. But thankfully, I still have one or two friends here whom I can talk to freely about anything or else I would have died a long time ago. And I'm very grateful to have them as friends though because ultimately, I think that even if the whole world hates you, a true friend would still accept you for who you are.
Of course, a friend may still want the best for you but there's a clear difference between some idiot judging you and a friend wanting you to change for the better. Friends are not supposed to judge each other anyway or that wouldn't be called a friendship.
I just can't wait for NUS Rag day to be finished now because it's been a while since I last had a long rant, bitch and gossip session with a best friend of mine. And guess what, in the end, I did got some of my thoughts out in this post. And I'm feeling so much more better now. Yeap, blogging is now a therapeutic activity.  Awesome.
Labels: Friends Life Life's Philosophies Rantings