What Does It Mean To Be A Christian? 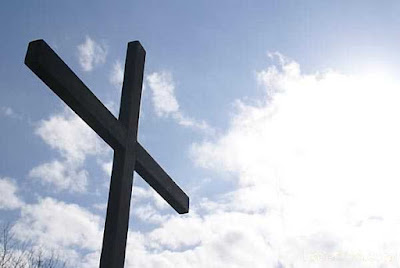 Does it mean reading the bible everyday, praying whenever you can, going to church without fail every week and participate in every Christian organization if you can?
Does it mean being special, unique and one of a kind? That you're one class higher than the non-believers and that they're ignorant, ungodly and not to be mixed with?
Does it mean that you're one of the chosen ones to go to heaven, that what you believe in now is the ultimate truth and everyone else who doesn't share the same faith is doomed to hell?
Does it mean obeying every single law stated in the Bible, such as not telling lie, not watching porn, no alcohol drinking and no skirt above the knee or else God's wrath is gonna befall you?
Does it mean being a soldier in the holy war against the forces of Satan such as pornography, abortion and homosexuality? Like going on a crusade against everything immoral?
Does it mean speaking in tongues and having visions?
Does it mean being able to argue out why Christianity is the best religion in such a way that even the best debater cannot beat you?
Does it mean serving God by being like Christ himself, participating in voluntary services and serving those who are poor, underprivileged and old, like how Mother Theressa did?
Does it mean making the world a better place to live in?
Or does it mean being a more humble person, willing to accept one another and loving each and everyone even though they might be different and perhaps even your enemy?
*****
I had a chat today with a Christian friend of mine and we talked a lot (I have to admit that I was listening most of the time) about my faith and stuff of the like. You know, spiritual stuff. And the whole time I was there, I couldn't help but wonder on whether there is one correct way to be a Christian or not.
The problem is that when you come to being something, be it a Christian or a father or a student or even a human being, there is no one set way, one correct way to play that role. Each and everyone of us is different, with our own personality that we will undeniably bring into the roles we are supposed to play. President Obama and President Ronald Reagan for example, are both presidents of the United States but yet at the same time, one could also agree that their personalities are way different from each other, even though that the role they play is the same.
So what is the correct way? What is the true way then to be a Christian, or to being anything at all?
Honestly, I don't think that there's an answer to that. I think it's more of a matter of choice. Maybe out of all the meanings up there, only one is correct, maybe all is correct or maybe none is correct at all. Only when we die will we know. Maybe it all boils down to what we choose to believe or follow, that's all.
Labels: Life's Philosophies Rantings Religion