Last Saturday was another random outing day. It was the day where Lukey said, "I'm bored. Lets go some place fun" and was immediately followed by a chorus of "Yes" because getting stuck in a hall with nothing else to do is... well, boring. Especially if you have been spending almost 8 hours of that day staring emptily into your computer screen hoping for something to happen, like a pretty girl suddenly jumping out from the screen proclaiming her love to you (now that I think of it, it sounds pretty scary).

So at 5.00 pm sharp last Saturday, we called up whoever who was left in hall (there were six of us), suggested to them about our crazy plan, took a newly bought camera along and then took a bus 10 heading to the unknown. Okay, we headed to Vivo City but as it was a random trip, what are we going to do are still quite unknown so that is why it was a trip to the unknown.

For our dinner, as per our photographer of the night, Teh Jason's suggestion, we decided to pamper ourselves a bit (and that is usually followed by a hole in the wallet) by visiting a restaurant called MOB, not SOB, which stand for Most Original Burger, which has one of the biggest (literally) burgers around. And by big I mean a 300 gram beef burger (not including the weight of the buns), which Jason and Kok Weng ordered.

And if you're still not satisfied with the 300 gram of beef, there's also 2 side dishes which comes free with the meal, depending on what you pick. My suggestion? Chilli cheese fries. 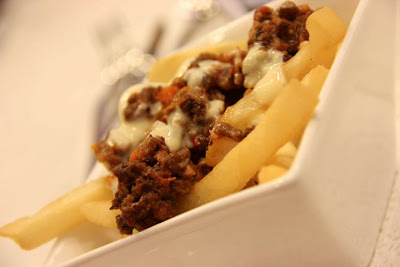 Bound to have you grow by at least 2 kg by the end of the meal.

But of course, not all of us could eat that sheer amount of beef. Concerns about weight and whether you can finish are the few reasons why the 300 gram beef is not for everyone. And for those who prefer other meal, there's this cute three burgers in one plate (I forgot the name of the dish because it was too complicated) where you can choose three different taste to go with it. Perfect for those who loves variety.


I, on the other hand, chose something the road less taken and ordered something different. The father's day special meal that is, which ended up with me being called father for the entire night. But hey, at least my meal looked something like this:


Not to mention that it came with a delicious soup and also ice cream.


And all for the price of 28.80 dollars. For me, that's a steal if you're eating in such a restaurant in Vivo City. Plus not only were the food filling, it was delicious too. It was worth my every single cent. If I'm a rich guy, I swear I would eat there once per week but oh well, who ask me to be a student.

After the very filling meal, we thought it would be good to walk off all the extra calories that we gained and since the Sentosa Boardwalk was just nearby, I suggested a short trip to Sentosa Resort World, you know just to chillax and to de-stress.

And if you have not been to Sentosa Boardwalk before, you should. Especially if you are in a relationship because the scenery there during the night is just awesome. Awesomely romantic, that is. And perfect for taking pictures too. Among the pictures that we took: 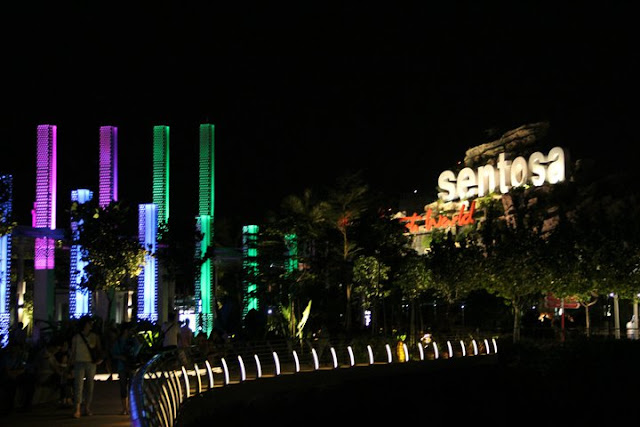 Surprisingly, the walk to Sentosa wasn't as long as we expected. Even with our constant camwhoring here and there, we still managed to reach Sentosa within half an hour. And of course, the night doesn't stop here. We're in Sentosa Resorts World after all. And in Sentosa, we do as what the Sentosaians do (I know, copying the "When in Rome, do as the Romans do" isn't always going to work).

We went crazy over ice-cream, which was going at a one-for-one price.


We watched small kids play with colorful water fountain, reminiscing of the days when we as innocent as them, doing things that were much more crazier like climbing trees and getting chased by hornets. 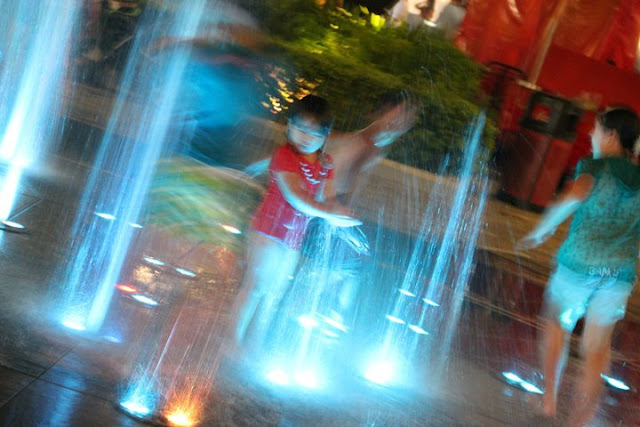 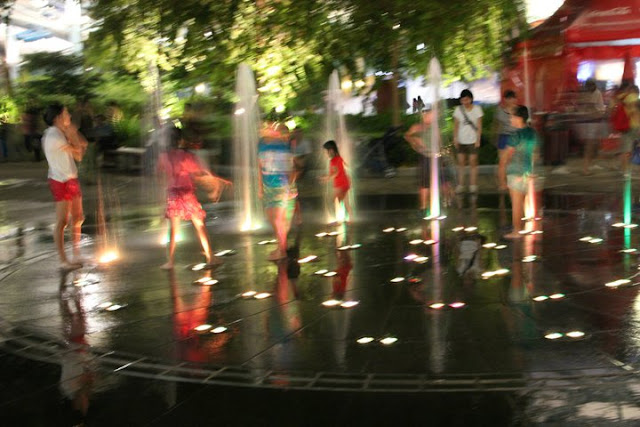 We managed to catch a free water show, if you would deduct the 1 dollar entrance fee to Sentosa.

We dreamt that candies would grow on trees.

We went to the casino...

We even starred in a misty fantasy movie. 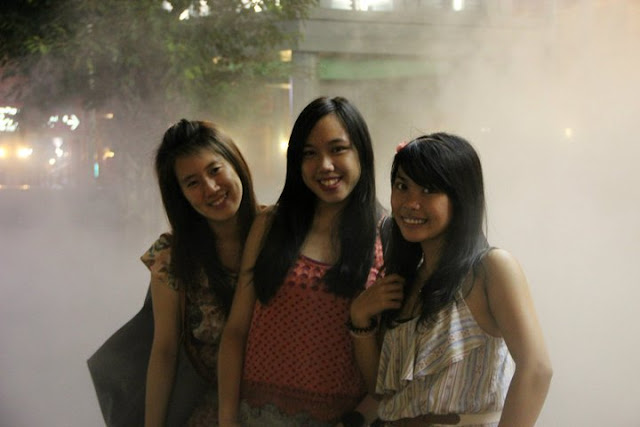 And we did what everyone who went to Sentosa Resorts World would do... 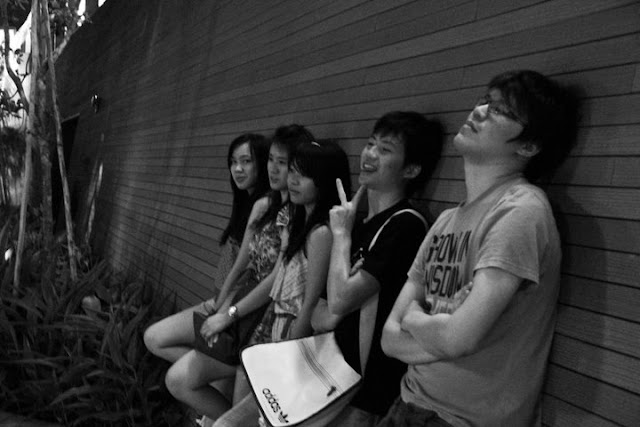 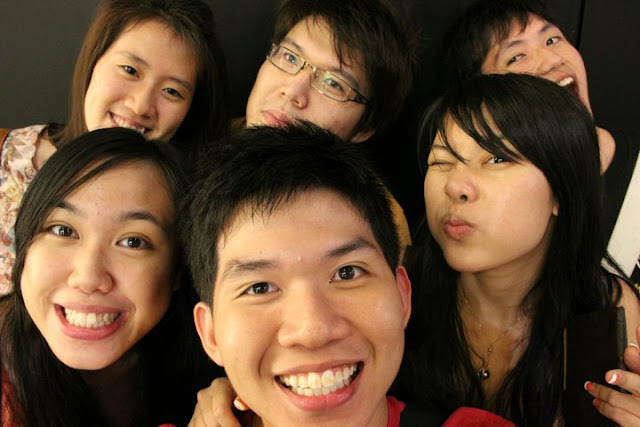 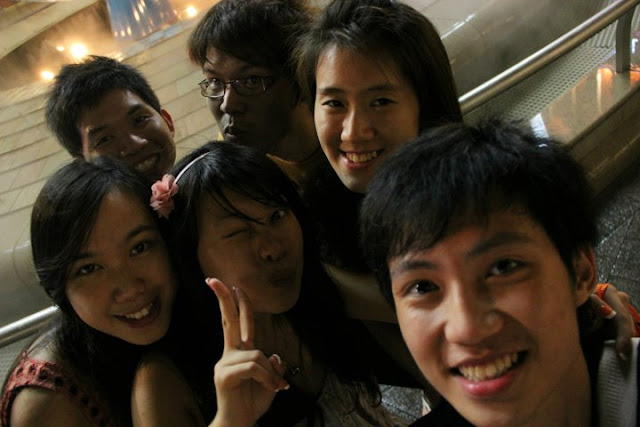 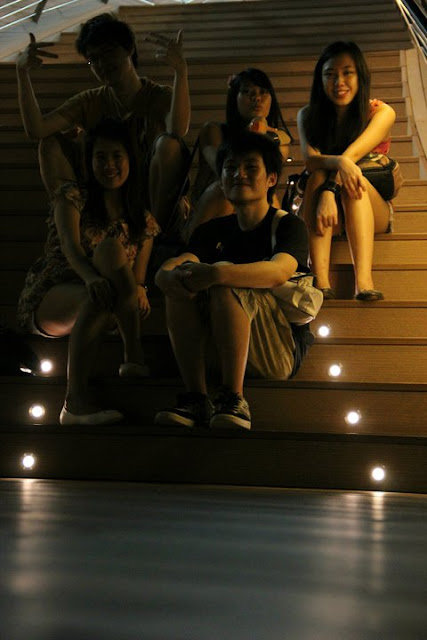