The Benefits of Being My Girlfriend

This topic cropped up during a lunch break with my best buddy Xian You when we're discussing about failed romance attempts and I thought, "Why not blog about it?".I'm still pretty much single (and desperate) and blogging about this may be good publicity for me. Besides, if the infamous and not so handsome but narcissistic Steven Lim can ask for girlfriend applications through the internet (and received 8 applications in response), I don't see why I can't boast about the benefits of being Lukey's girlfriend. So all you single girls out there, start paying good attention to this post. 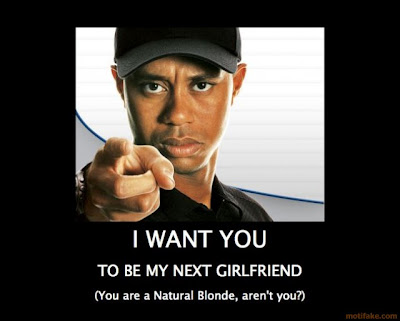 Tired of wasting precious money on movie tickets? Love watching movies but your budget does not allow you? If this describes you, then Lukey is the perfect candidate to be your boyfriend! Being one of the top handsome bloggers around, Lukey usually gets invites to preview movie screenings around Singapore. The only problem is that the movie tickets usually comes in pairs and being a single guy, Lukey usually have trouble finding the appropriate person to attend the movie screening with him.

So by being his girlfriend, you can choose to attend those movie screenings everytime with him and watch movies for free! You never have to pay for another movie ticket again. Of course, you can also do the same thing if you have an extremely rich boyfriend but that is still counted as using money. So yeah, Lukey still wins, cause the tickets are free yo, FREE!

And of course, being selected as one of the 10 finalists of Singapore's 2011 Best WTH blog category, you could expect tons of jokes and amazing stories from Lukey every time you spend time together. From authentic lame Lukey jokes to jokes about why the chicken crossed to road to stories about why other couples should be jealous of you all, expect a fun filled entertainment specially catered to your needs! Not only that, Lukey is also pretty much capable of performing crazy actions if he's high with endorphins, like pretending to be a chicken crossing the road. There's no need to be afraid of awkward silences anymore because with Lukey, there's always fun experiences to share.

You know about the common saying that handsome guys are not worth being boyfriend candidates because the rate of a third party (in the form of a hotter girl) interrupting and spoiling your relationship is much higher?

Well with Lukey, though he's still handsome as ever, you would not be facing this kind of problem. Because his handsome is another type of handsome. He's that handsome until other hotter girls (the third parties) would not dare to approach him because of the epic aura of handsome-ness.

A handsome boyfriend who other girls would not dare to touch? Now that's hard to find.

Want to be famous but don't know how? With Lukey as your boyfriend, getting famous has never been easier. With just a feature on his blog, you'll be the hottest gossip in town in no time. In fact, even if you cover your face while appearing in my blog, you'd still be famous. Because the girl that appeared in my post "The Day I Went On A Date", a lot of people asked about her. And she was covering her face. Just imagine what would happen if you were to appear in my blog, face uncovered?

Getting famous has never been easier with Lukey as your boyfriend.

5. Forever In Your Memory

Last but no least, one of the benefits of having Lukey as your boyfriend is that you will have all your memories either jotted down in a blog, snapped in a picture or recorded in a video forever, because as a blogger, Lukey is trained to record down memories through this method. And as a blogger, Lukey would not hesitate to record down all those sweet moments (and to show off at the same time) through blog posts, pictures and videos.

And what better way to relive all those sweet memories by going through posts that he wrote about you, pictures that he took of you and videos that he made especially for you? Imagine looking through the first post that he wrote for your first anniversary five years down the road. Sweet right?

With so many benefits of being Lukey's girlfriend, what are you waiting for? Even I want to be my own girlfriend now. Applications open til the 19th of June, 2359.


P/s: This post is only intended as a joke to an otherwise boring day. Lukey is never that desperate to have a girlfriend actually. In fact, he's pretty much happy with his "Boyfriend" now. A guy called Xian You, if you must know (Yeap, he's my best buddy and also my gay buddy). But he's not that bad to reject interested applicants too. If you're hot and pretty, that is.
Labels: Funny Random Talk Cock