The SDD Vol. 2 Adventures of DoriLukey (Episode 3 - Of Wedding Dress and O School!)

Baby 제발 그의 손을 잡지마
Cuz you should be my Lady
오랜 시간 기다려온 날 돌아봐줘
Those were the few favorite Korean sentences from a Korean song that Lukey loves to hear during his free time in his Singapore Dance Delight Vol. 2 journey. If you happened to be a big fan of K-Pop, you would have noticed that the lyrics refer to Taeyang's insanely famous Wedding Dress song. 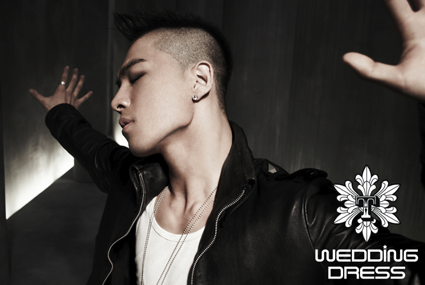 Although Lukey is no big fan of Korean songs or the K-Pop scene, Taeyang's Wedding Dress is one of the few exceptions that Lukey enjoys hearing because of its meaningful but sad lyrics and also the story behind the song, unlike the notorious Nobody But You that everyone seems to like just because there is a few pretty girls singing it. Like all handsome hero bloggers that you usually see in TV, Lukey himself has had quite a bad love experience before, just like what Taeyang went through in the video. Having the girl that he loves snatched away by that bugger friend of his. But lets not go there, shall we?
Of course, aside from the heart touching meaning behind the song, another reason why Lukey loves Wedding Dress a lot was because of the dance moves in it. Taeyang has always been on of Lukey's favorite Korean dancer with that distinctive style of his and although Lukey knows how to belt out the Korean rendition of Wedding Dress, he has no idea how to move like Taeyang. How great would it be if he could sing and move like Taeyang right? That way he will have girls falling for him all over Singapore and finally would be able to meet the girls of his dream.
The good news is that now he can! And so are 14 other lucky people!
In conjunction with the ongoing Singapore Dance Delight Vol. 2 competitions, Lukey's best friend, F&N is giving out 15 places for a six week dance class at O School to learn the Wedding Dress choreo by Taeyang. All you have to do is not to write a terribly long blog post like what I'm doing but something much much easier.
First, head on to F&N's Facebook page and like the page. Click like!
Next, just write a short encouragement post for one of the Top 20 teams that will be performing this Saturday night, March 12th, at the Sentosa Wave House. Your encouragement should start with the name of the team and then followed by your message, for example, "Lukey Handsome! (Insert your encouragement words here)". If you have no idea who are the teams are for the finals, here's a complete list of them:

1. Househead
2. Major Jam
3. Go Go Funky Ranger
4. B.O.T.S (Born Out to Swag)
5. Hit the Speed Limit
6. Fantastic Forze Crew
7. The Basic Five
8. Sonic Vibe
9. Sickin Freak
10. Size-Zero
11. I.M (I DOT M)
12. F4C All Stars
13. Joyce and The Boys
14. Harlequinn
15. Team Elite
16. Flair Brothers
17. The Zoo Thailand
18. Burning Bums
19. Free Frago
20. Rough Addicts
Lukey is personally supporting team 7, The Basic Fives and team 4, B.O.T.S (Born Out to Swag) because they are really cool and awesome people. Lukey had the chance to interact with them and was amazed by their energy and dedication, which is why Lukey has decided to wholeheartedly root for them. Do check out Lukey's post for The Basic Fives here and B.O.T.S (Born Out to Swag) here.
Oh, and a couple of things to take note, the contest ends on 14th March, 2011, so you better be quick about posting those encouragement up and the classes will be held every Saturday at O School, 1pm over the duration of six weeks. Winners would be announced by F&N on the 16th March, 2011 so keep a sharp lookout for the results on that day!
So what are you waiting for? Go and post your encouragements now and get yourself a 6 weeks dance class free from one of the best schools around, O School! Thanks to F&N for the sponsor! And Lukey has to go back to practice his Korean singing so that he could dance and sing perfect Korean at the same time.

*****
The post is proudly brought to you by F&N Sparkling Drinks (http://www.facebook.com/FnNFuN and http://twitter.com/#!/FnNFun). Do check out their page because they have constant updates and contests! And do check out Lukey's (the handsome guy behind this post) blog too at http://lukeyishandsome.com  and if you have Twitter you can also listen to his constant rants in his Twitter account. And lastly, Lukey has a small favor to ask you if you enjoyed reading this post. He would greatly appreciate it if you would spend a little time to like his photo at F&N's Facebook page here (you might need to like F&N first to be able to vote) so he could fulfill his dream of traveling to a country outside of Southeast Asia. Many thanks and have a nice day!
Labels: Blogging Competition Happenings