The SDD Vol. 2 Adventures of DoriLukey (Episode 2 - The Basic Fives)

It has been long rumored that only the best and the most hardworking bloggers would be able to impress the F&N judges in the Singapore Dance Delight (SDD) Vol.2 to obtain the 2 mystical tickets to Osaka. Faced with stiff competition from fellow bloggers, Lukey knows that every time spent idle is time wasted and before long , he took off on a journey to train himself in the various styles of blogging and to increase his blogging powers.
However, Lukey made one big mistake with his preparations. He thought that it would be good to cut off all communication with the rest of the world so he did not bring his trusty HTC Wildfire along, which contained a really cool GPS app that used to guide Lukey whenever he needs direction. Before you could even say “Lukey is Handsome”, Lukey suddenly finds himself surrounded by unfamiliar grounds in the middle of the night.

Being one of the chosen bloggers for the legendary SDD 02 competition, Lukey told himself that he should not be scared. After all, it would be terribly embarassing if he is a scaredy cat rather than a blogger right? Mustering whatever courage he can find, Lukey continued on. But wherever he turned, there was no single human in sight, just deserted pathways and alleyways.

But after hours of wondering aimlessly, Lukey was scared and wondered if it was a good idea after all to head out alone at night without bringing his Wildfire out. Scared, alone, tired, hungry but still handsome, Lukey was about to give up hope when suddenly a group of people popped out in front of Lukey:

Being the timid guy as he is, of course Lukey was scared of them at first. But it turns out that they are not some bad people as Lukey feared but it so happens that they too are on the same journey as Lukey, albeit a slightly different one. Introducing one of the finalist dance teams for Singapore Dance Delight Vol. 02, The Basic Fives!

And in The Basic Fives we have,


Wait a minute, how come they are called The Basic Fives when they have six members in total?
Lukey was also confused at first but Fong explained that the name The Basic Fives was not referring to the amount of members they have in the group but rather the moves that symbolizes the group. The Basic Fives is a group that revolves around locking, a particular type of funky dance style that involves freezing in a particular position after a fast movement, a lock, if you would call it that, and then continuing on the same speed as before. There are a few basic moves that make up the locking genre which includes twirling, pacing, locking, headrolling and pointing, and these are the five moves that generally make up the dance routine for the group hence the name The Basic Fives. 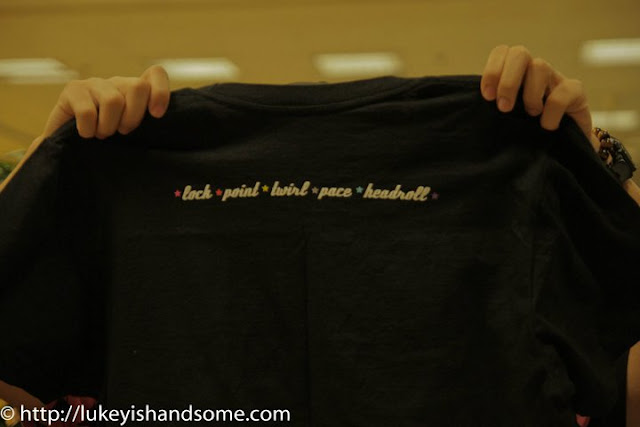 Fong also mentioned that there is another move called the hi-fives or also known as giving a five that contributes to their group’s name. The move basically symbolizes an understanding of sort between the two parties, of giving approval and receiving it, and Fong wants the audience to feel and to enjoy the show together with The Basic Fives through that move.
Name aside, The Basic Fives was formed in 2009 when six friends initially decided to join a dance competition that was organized by Suntec during the time. After the experience, they decided to form a dance group of their own and begun joining various dance competitions and starting to make a name for themselves. According to my friends who are well versed in the Singaporean dance scene, The Basic Fives is one of the most popular dance groups in Singapore and during last year’s SDD, they finished just closely behind Joyce and the Boys as the first runners up.
After hearing so much from Fong, Lukey decided to postpone his Osaka seeking journey for a while and to observe The Basic Fives while they were busy practicing for the finals that is happening is just less than one week. 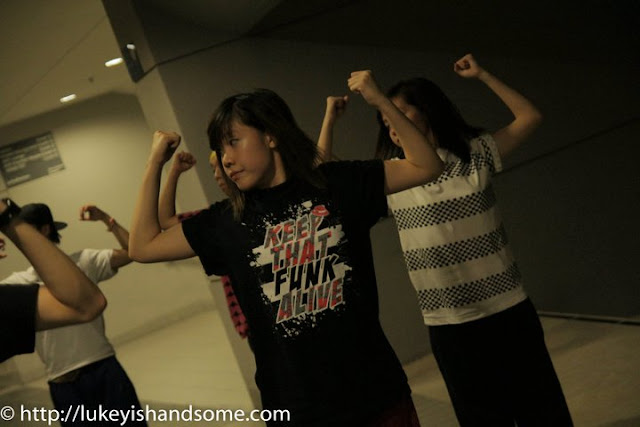 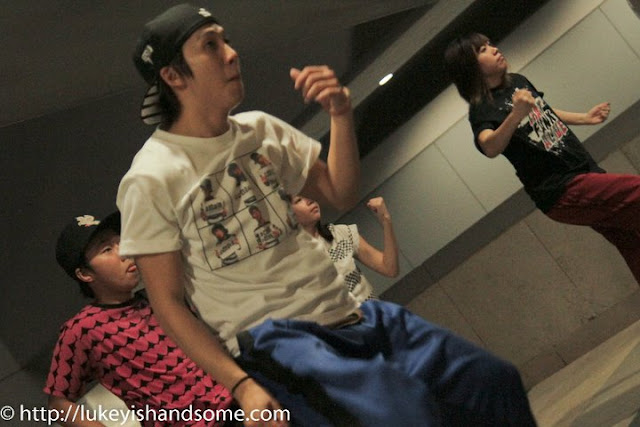 One thing that Lukey notices about The Basic Fives is their passion and love for dance. Prior to being chosen to be one of the bloggers to cover this event, Lukey had have the chance to experience some dancing before so he roughly knows about the basic requirements that are needed to be good at dance. Getting to a stage which you can dance proficiently is never easy and keeping yourself passionate about dancing is even harder. Which is why Lukey sucks at dancing and is better at typing. Dancing requires a whole lot of commitment and discipline to excel.
Take the place where The Basic Fives are practicing for example,

If Lukey is not mistaken, this particular corridor would be filled with people walking by during the day and this roughly explains why The Basic Fives were choosing to practice during the night. From where Lukey came from, there is a dance studio that come fully equipped with an air conditioner in which he used to attend his various dance practices and he sometimes still complain about the bad state the dance studio is in.
Watching how the Basic Fives practices made Lukey realize how lucky he was and how pale he is in comparison with them in terms of determination, passion and discipline when it comes to dancing. And Lukey is proud to announce that The Basic Fives would be one of his favorite team to win SDD 02 given the amount of talent and dedication they have.

But like any other story again, all good things must come to an end. As much as he would like to stay, Lukey had to continue on his journey to search for the mystical Osaka tickets. Due to the fact that he was still lost, he asked whether the Basic Fives could point him in the right direction. They were more than happy to help so…

…and soon Lukey was back on his journey to be the top F&N’s Groovy blogger!
He had a lot of fun though with The Basic Fives although most of the time he was just too nervous to talk to them. Thankfully they were a nice group of people who knew how to joke and have fun and made the atmosphere enjoyable or else Lukey would have blacked out in front of them.
And thus that ends our story for today. Do support The Basic Fives in the SDD 02 finals by coming to Sentosa Wave House this March 12th and for more of the photos that I took during their practice, you could visit the album here. Aside from that do support Lukey too in his hunt for the Osaka ticket by reading his blog, http://lukeyishandsome.com/, following his Twitter or complimenting that he’s handsome through the comment box down there. And if you had enjoyed reading this post, please also help to like Lukey’s photo at F&N’s Facebook page here (you might need to like F&N first to be able to vote) so he could gain some extra power to put him ahead of the race.
Oh, and in case Lukey forgets, you might want to check out their prelims item to see why they rock! Credits to Regina for sharing the video with me :)
That's it for the post today and do stay tuned for more updates from Super Handsomey F&N Lukey in his Singapore Dance Delight Vol. 2 journey!
*****
The post is a part of a six episode blog series that chronicles Lukey's SDD 02 journey and is proudly brought to you by F&N Sparkling Drinks (http://www.facebook.com/FnNFuN and http://twitter.com/#!/FnNFun). Do check out their page because they have constant updates and contests!
Labels: Blogging Competition Life Updates