Happenings around Singapore and the world that are worthy of mention as of 2.00 am, 7th of March 2011:
1. Parody Twitter accounts, which once considered as a source of entertainment and never to be taken seriously, was featured in the Straits Times today. Among the honorable mentions are @fakeMOE, @Fake_PMLee and @fakestomp
The newspaper article seems to signal that the traditional media is starting to recognize the importance of the role played by social media today. However, the newspaper mention also resulted in a copycat backlash in which numerous parody Twitter accounts have suddenly flooded the Singaporean Twitter scene. Aside from parody university and ministry accounts, we now also have @fakeMerlion, @fakedurian and @fakeGeylangChicken coming into play. Seems like Fake is the new Real today.
(I'm just joking about the three fake accounts by the way. Perhaps one day they might be created by someone who is I don't know, hates the Merlion? As for now, the three parody Twitter accounts mentioned above are still non-existent)
2. Steven Lim, the guy with the yellow underwear and only knows how to shave his armpit hair but not how to cut his hair is still a hot topic going around. 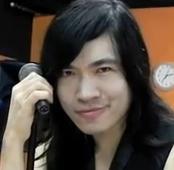 Deep down inside, I suspect that he is actually quite a smart person who knows how to wow the crowd and attract attention. Which explains why his website looks like a mess, why he uses mediocre English in his Tweets, why he disses K-Pop fans and why he has a girlfriend which is more than 17 years his junior because he knows that these are the things that keep people's attention on him. He might just be a normal person, even a polite and smart one in real life.
Maybe it is only his online persona that looks and sounds like an idiot. Because we all love idiots don't we? And on the web, there's no such thing as negative or positive publicity. Because you will still have people landing on your site even if they hate you. And it's easier to make people hate you rather than have people love you. Explains why someone like him earns so much more than me.
3. NUS Open House happening in one more week at March 12th
4. The finals for Singapore Dance Delight is also happening in more week, also at March 12th at Siloso Wave House. One of the must catch events if you happen to love dance
5. Eusoff Hall's first ever fiesta is also taking place on the March 12th
6. One of Singapore's most handsome blogger, losing only to Steven Lim, is freaking out because aside from two mid term exams this week and another in the coming week, he also has to attend event 3, 4 and 5 as a orientation committee member, one of F&N's Top 10 SDD Bloggers and a performer for all those event. He is seriously thinking of creating a fake account of him so that the fake account and take care of those things while he runs away and hides in Steven Lim's modeling agency as nobody dares to come into contact with that agency of his.
7. The self proclaimed handsome blog, LUKEYisHandsome.com will be closing down indefinitely as the owner of a blog is hiding in some modeling agency. Send in your condolences while you can.
Labels: Blogging Happenings Random Singapore