The Girl Who Ranted Racistly 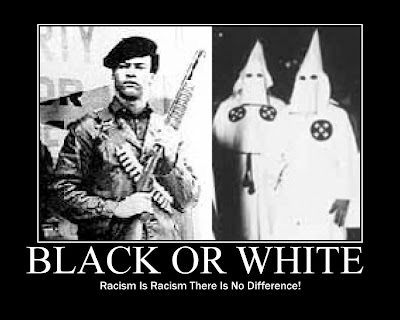 The internet is littered with racist people. You, idiots who think that their skin color and culture is superior to the rest of the world? And that people who are different than them should be relegated to inferior roles like being a janitor or maid?
Just recently, somewhere during early March, an American girl by the name Alexandra Wallace (she happens to be a bikini model, by the way) who is studying in UCLA posted a video of her ranting about how Asians are impolite, how they should emulate the Americans and how their culture literally sucks on Youtube. You can view her rant here:
And if you're an Asian, I bet you will at least disagree with some points that she raised and probably will feel a little bit pissed off by her racist comments.
I do.
And I was about to throw my homework aside and write a 5000 word blog post about why Americans suck too when I found out that there are already loads of people that have replied to her comments in various ways.
There's the downright badass way by Peter Chao that includes loads of cursing and swearing:
And there's the intellectually funny plus sarcasm laden response that makes the girl looks stupid and we Asians look intelligent, by this guy who is from UCLA
And to top it all off, we also have the forgiving Asian that even made her a love song as a response!
Aren't we Asians just creative? And definitely united, I must say.
And those three video responses are not the only ones that were posted into Youtube in response to her racist rant video. A quick search with the keywords "UCLA racist Asian rant" returned more than 10 pages of related videos that either makes fun of her or rebukes her in some sort of way. In just less than one month.
Apparently the backlash against her video was that bad until she had to eventually leave UCLA due to the amount of harassment that she faced from fellow students despite already issuing two apologies regarding her video.

Here's a online video news report about how she's doing right now:
Looks like Alexandra Wallace learned the hard way that the internet is not such an unforgiving place after all and anything that you post up to the internet stays there permanently, no matter how hard you would try to erase it.
Honestly, I pity her. This incident is so gonna haunt her for the rest of her life no matter where she goes. And I sure hope she won't end up anywhere near an Asian, that's for sure.
So I guess the lesson would be no matter what you want to post unto the internet, think twice before doing so. Because you'll never know what type of effect your action may have.
Labels: News Online World Rantings