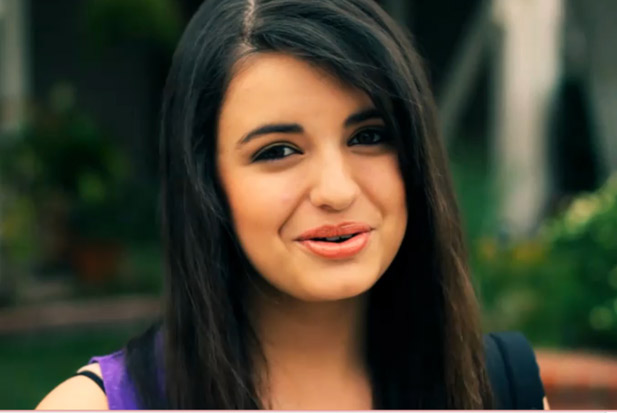 It has been roughly more than a month since Rebecca's Black music video Friday has been uploaded. It has roughly 34 million hits now (as of 23rd March 2011), one of Youtube's most watched videos and her name has been trending over a week now in Twitter, which is an amazing feat because most stars can't even last 2 days trending in Twitter. You can say that basically most people around world who has an internet connection would be talking about her now. But at what price?
If you have yet to know, here's a little back story so you could understand what's all the big fuss surrounding Rebecca Black is all about.
Like many of us, Rebecca is a 13 year old girl who loves to sing and aspire to be a famous singer one day. So she does the same thing that most of us would be doing, which is to post a music video of her singing into Youtube and hopes it goes viral. The only difference?
She enlisted a professional media company that does stuff like this called The Ark Music Company and paid them 2000 dollars to have her video made. The end result? A polished looking MV, like those you'd find on big stars' albums with studio sound recording and state of the art video editing but none of the talent. The MV was heavily criticized for its heavily auto-tuned singing and mediocre lyrics. In fact, most of the comments about her were outright negative both in Twitter and Youtube. Some even went as far as to ask her to "cut" herself "and die".

If you need any proof that human is very capable of hate, just look at Rebecca Black.

But why hate her actually? If you come think of it, she hasn't done anything bad except to post her MV unto Youtube, which is what most of us do nowadays. I mean she hasn't say anything controversial like how the earthquake that happened to Japan was karma or done anything disgusting like the infamous Two Girls One Cup video (only guys would understand this).

All she had done is to just approach a music company and pay them to help her make a music video. When you come to think of it, it's not any different from paying a photo studio to have a nice photo of you taken.

I guess it's just part of us human nature to hate and to demean people. And maybe we're just jealous of the fact that with the limited talent she has, she can still be famous while all we can do is to sit behind the computer and drop a negative comment about her. And we don't seem to realize that in the process of demeaning her by posting negative feedback about her in our Facebook and Twitter, we are just helping to promote her more.

Like how one internet guru once said, there's just no more negative publicity anymore on the internet. As long as your video/blog/song/picture is being shared, the types of comments you're receiving does not matter as long as people is talking about you in the internet. That's how the internet works nowadays, after all.


And if I may say, the real winner here is not Rebecca Black, her fame will eventually die down when everyone grows bored of talking about her anyway, but it's Ark Music Factory, the company that's behind her video. By employing various methods like heavily auto-tuning the song, mediocre lyrics and controversial scenes like 13 year old kids driving cars, they have essentially written the formula of success in the video in ensuring that the video goes viral, which it did judging from the 30 million views.

And when the video does go viral, people will start approaching them to have their own music video made, just like how Rebecca Black did. It's free publicity after all. When you view Friday, you can't possibly miss the big Ark Music Factory wording at the beginning of the video. And for 2000 dollars per MV (I'm guessing the fee would be increased soon), they would be making loads of money soon.

So by the end of the day, capitalism - 1, normal people like us - 0.
Labels: Funny Online World Personalities Rantings