The story goes that once upon a time, a geeky nerd who is quite socially challenged in real life decided to participate in a well renowned competition organized by the Standard Chartered Bank in hopes of scoring a 6 months internship job with the bank with a pay amounting to 30 000 SGD. 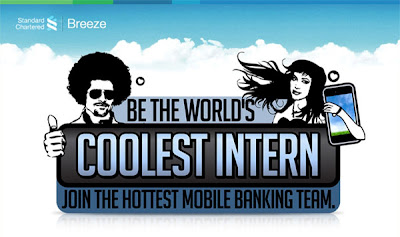 The story goes on that much to his surprise, he'd actually made it into the Top 23 finalists out of the thousands of applicants out there alongside with the most awesome people he ever met. Of course, the nerd himself was quite intimidated by the sheer power brought into the competition by the others. While the other established a strong support base by creating Facebook pages, online competition diaries and supporting videos, all the nerd had done was written a few pathetic blog posts in response. So naturally he lost.
But it was still a good experience. Being a guy who can't even manage a sentence without stuttering in real life, making it to the Top 23 was quite an honour to him. The free iPod shuffle he got was also better than nothing. 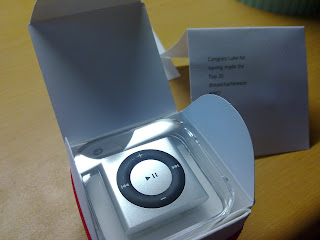 And he thought the whole thing would be over by now. The judges had chosen the candidate for the World's Coolest Intern and he has return to the normal busy hostel life for now.
However, an email came to him yesterday. It was from Katherine Liew, the World's Coolest Intern herself, asking the Top 23 finalists to attend a conference organized by the Standard Chartered Breeze team. The aim of the conference was for the Top 23 to meet up with the judges and the Standard Chartered Breeze team itself to build networks and friendships, or so it says.
It would seem like an opportunity of a lifetime for most people. Meeting up with the awesome Top 23 finalists and the big shots of the Standard Chartered Bank itself. You'll get to know new people, build networks and who knows, maybe something good will spring up from there. 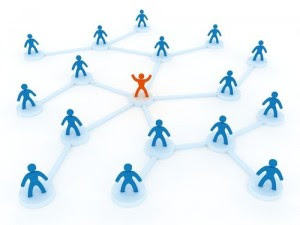 Well, the only problem is that as a nerd, he naturally avoids social situations. Especially those which you need to look good and act as if you know a lot of stuff. In his mind, he could already picture himself in a tuxedo, holding a wine glass with the CEO of the bank speaking to him about the current financial trends and the only financial trend he knows is in Maple Story. Not good.
Aside from that, he is also needed to "prepare a 3-minute video presentation on a topic" he thinks he "could teach the other applicants (and the world) about!". Doing a 3 minute video is fine but on a topic he could teach the world about? He basically has 0 standing talents, never cured a disease or win any Nobel prize before and even his blog is nowhere near good. So whatever he could teach the world about? Perhaps the title of the video is "How To Be Good At Nothing".
Another task would be to "pick an object that represents" him and be prepared to tell the reason why. Easier that the first task at least but still an impossible task for the nerd. Like I said, he can't even manage to speak a full sentence without stuttering and speaking in front of distinguished people? He would most probably faint and foam in the mouth.
*****
Which is why i'm still thinking on whether i should attend the conference on January the 7th. One side of me is urging me to go because it's an opportunity of the lifetime and only fools would miss it but another side of me is worried that among the Top 23 finalists there, I would be the worse of them all and I would make a fool out of myself. I guess I'd still be a fool either way.
Should I go or don't go?
Labels: Blogging Competition Rantings