Wedding Dress - Taeyang
I'm no Korean music fan. In fact, my vocabulary of Korean songs is so pathetic that they are just limited to "Gee gee gee gee baby baby" and "Nobody, nobody but you". It's not that i don't like Korean songs though, just that, well, i'm no Korean and most of the time i have no clue what are they singing in the song.
But when my buddy Xian You first showed me this music video, i was immediately hooked. I still don't understand what he is singing though, from the words alone, but looking at the video, it relates to me very much seeing how this guy who love this girl very much but had to endure looking at her getting married to his best friend. Ouch.
And i'm sure many of us can relate to the story in the video. Secretly loving this person but too afraid to tell her your feelings because you do not want to lose the friendship that you are currently enjoying. When you finally summed up enough courage to tell the girl and *poofs* out of the thin air another fella, your friend most of the time, appears and snatch the girl away before you. Sad, isn't it?
As much as you feel hurt inside, you bravely put on a smile in front of her and wish for the best in her life.
Kinda reminds me of my first crush six years ago when i was still at the tender age of fourteen. I was so totally in love with her that day and night the only thing that i think about is her. But then i was still very much a nerd at that time with a center parting hairstyle who is extremely timid and sucks at confessing. So naturally another guy steps into the picture, he happens to be my senior, confessed and the next thing i knew was that they were holding hands together in front of me. Ouch.
And what to make it worse, two years later, when i finally decided to discard my center parting hairstyle that she told me that if i had confessed to her earlier, she would have accepted me and not him. Double ouch. Triangular love just sucks right. 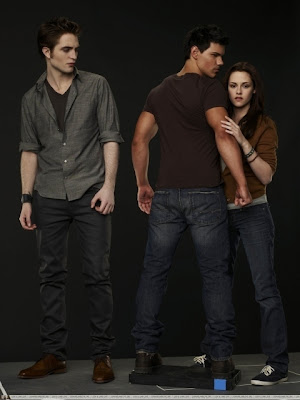 But still, as much as i love the video, i still do not understand Korean. So i decided to Google for an English version of the song, one that i could understand, and out of the numerous choices out there, i love this English remake by Tommy C and J.Reyez the most.

Wedding Dress - Tommy C & J.Reyez
The video is a bit off though.
How could you sing Wedding Dress without actually having a wedding dress in your video?
And that's when the idea hit me. I'm gonna combine these two videos together! The awesome storyline from the original song and the awesome English version by J.Reyez and Tommy C would make a great remake! At least for someone who does not understand English like me. So i wasted half of my day, copying, cutting and pasting the different parts of the song so the feel would match. And the result is this:-
Wedding Dress - Taeyang, Tommy C and J.Reyez!

*****
The lyrics for the English version:-
(Verse 1 - Tommy C)
Never should've let you go
Never found myself at home
Ever since that day that you walked
Right out the door

You were like my beating heart
That I, I can't control
Even though weve grown apart
My brain cant seem to let you go

Thinking back to the old times
When you kept me up late at night
We use to mess around
Laugh and play, fuss and fight

(Pre-Chorus)
I guess its too late, Im dancing this dance alone
This chapters done, the story goes on

But if you believe that you belong with him
Promise me, you wont let anyone hurt you
Remember, I will always be here for you
Even if it kills me to see you

You got control of me
And I, I cant explain
Somebody call 911 Emergency
Before I go insane

Since youve moved on
You took a piece of me give it back
So much pain in my chest
Blacking out, heart attack

(Verse 3 - J.Reyez)
And I see you with your man and it's hard to understand
If we belong, if I did you wrong, where we even began
We would always fuss and fight and it seems nothing was right
But I loved you girl and you were my world but you'd never trust this guy
'Cause the things I do when I'm on the stage, they say I'm a superstar
You couldn't understand all the female fans and then we grew apart
And I just don't get when you're acting like some other person
But I try my best to hold on at the times when it ain't working
And everytime that you say it's over it breaks my heart and I don't know why
'Cause you've done it a lot of times in the past but I get back up and try
You said we could work it out, how could you hurt me now
And you moved on to the next, I'm left with an imperfect smile
(Chorus)
*****
Now that i'm done with my obsession, time to go back to study! Hope you guys like the remake!
Labels: Songs Videos