Niqqi's Cheese Prata, Only Go When You're Desperate 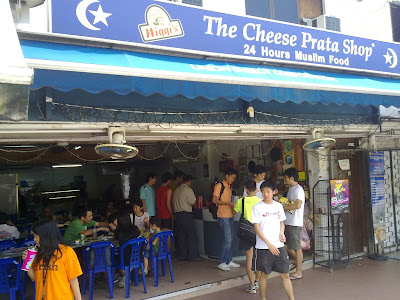 That's how my friends and i normally describe this shop.
Located at Clementi Road and just right behind Eusoff Hall of National University of Singapore and nearby the West Coast highway, Niqqi's Cheese Prata claims to offer you the best prata and mamak food you can find in Singapore and 24 hours of good food and good service.
At least that's what they claim.
The fact is not only the food there is just average, the service is mediocre too.
Firstly, the people at Niqqi's somehow thinks that you, as the customer, owes them a living. It is as if that without them, you would starve and die. At least that's what the impression that they gave me from so many times i went there.
After you have chosen a place and sat down, the waiters there do not immediately serve you. Instead, they have this 10 to 15 minute waiting time to sort of let you enjoy the ambiance of the restaurant before finally deciding that you're actually a customer and finally bringing the menu to you. If you so much so as raise your hand and ask for order, they will approach you with a face that literally says "you better spill out your orders fast, idiot or i'm just gonna walk away".
And then comes the ordering stage. Waiters there act like gangsters when taking your order. They expect you to be fast and not to look through the menu when ordering. If you happen to take more than 30 seconds to make up your mind, they will just snort rudely and say, "Eh you better think first lah. Later only i come back. Don't waste my time."
What the heck?
"Don't waste my time?"
What kind of waiters speak like that to customers?! And it's not only one time you know. I have friends who have these same kind of experience too.
One more thing about waiters at Niqqi's is that they expect you to smile at them instead of the other way round. Whenever they serve you and stuff, you're expected to say thank you. Miss that and they will start doing unhappy faces at you, sometimes even slamming your drinks and food loudly on the table.
And don't even get me started on the food and drinks.
Somehow, i get the impression that foods and drinks at Niqqi's are prepared in Malaysia to save cost. Reason being they take forever to come. And asking them about your food doesn't help much either. All they would say is "Coming, coming" and then forget about it. There was once where i had to wait more than 30 minutes for my maggie soup to come. And i had to walk to the kitchen myself to take it because the waiters there somehow just did not realize that the food is ready, despite my repeated questioning. 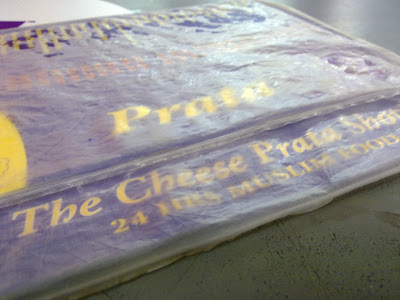 The horrible service there alone is a good reason never to visit the shop. One of the main criteria of opening a successful restaurant is to make your customers feel welcomed. Treating them as if that they owe you their money is not a good way to keep your customers.
And don't get me started on the food. Food there are ridiculously priced in proportion to their amount. And it's not to say that the food there are delicious in any manner. I have eaten better food in Singapore at a much lower price. Definitely not worth your value of money. A plate of maggie goreng that tastes only of ketchup with no ingredients at all cost a whooping three dollars. I don't mind paying that amount if the food was nice but going by quality, even my hall food (which was never good to begin with) s much better tasting. 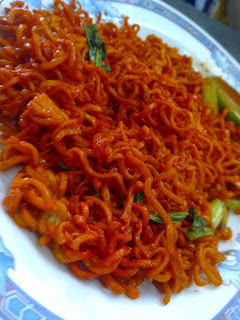 You might wonder why am i writing such a scathing review of Niqqi's Cheese Prata. Perhaps they are not that bad after all and i'm just over exaggerating, you might think. Or even it's my fault that they choose to treat me like that, because i'm such a picky customer.
Perhaps i'm being a picky customer but as a customer, i believe that i deserve the rights of being treated kindly to because it's my money that you're earning. I don't owe you that.
On the contrary, the other few restaurants nearby Niqqi's are so much better compared to it.
Fong Seng Nasi Lemak, just two shops away, offers much cheaper and affordable food compared to Niqqi's. And if you don't mind spending a little bit more, Formosa offers good Chinese food too. And the ambiance there is way much better than Niqqi's. They even have air conditioning.
And two more shops down you have Ameen's Makan House. Niqqi's pales in comparison with Ameen. At Ameen, not only do they have good food, the boss is friendly too. And they'll make sure that you'll be happy eating there too. The boss even treated us when one of us had a birthday. They definitely knows how to make a customer feel good.
The point is, unless you're pretty much desperate to try a prata that doesn't taste that good anyway, or when you have no other choices, do not head to Niqqi's. As consumers, we have the rights to let them know that what they are doing is wrong. One good way is to boycott their restaurant.
Besides, there's loads of better choices around Niqqi's Cheese Prata shop. I only went there today because Ameen was closed and Fong Seng and Formosa was packed. And even after so many times, i still get the shitty service they're so famous for. It's not only me who think that way to be honest, most Eusoff Hall people thinks the same too.
Niqqi's Cheese Prata sucks.
Labels: Eusoff Hall Food Rantings