iPad Review, from a non-Apple prespective

After being the proud owner of a free iPad for more than a week already, i think it would be appropriate for me to say something about iPad. From a non-Apple perspective, that is. Prior to my iPad, i have never own any Apple products before, be it a Mac, an iPod or an iPhone and  never will, i guess. Me owning an iPad came largely as accidental (thanks to Exabytes) and since i cannot sell the iPad (because it has my name engraved on it) i thought i might as well use it to the fullest. 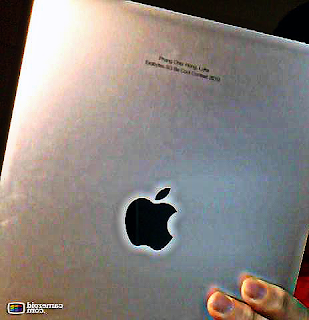 A word of caution first though, to any of you PC or non-Apple users who are planning to switch to Mac or buying an iPhone or iPad, you need to be rich to be a Apple user. From my experience of using an iPad, paying for the product alone is not the end of the story. Soon after the iPad arrived on my doorstep, i quickly realized to my dismay that to fully utilize the iPad, i need to fork out lots of additional $$$.

There's a screen cover i need to buy (to protect from all the fingerprints), not to mention a casing to store my iPad in and don't forget that almost every app and music that costs money. Which is why the first step that i did when the iPad first came was to give Apple my credit card number.

Of course, if you're that type that has no money to spare (like me) there's two other option that you can choose besides wiping your credit card clean. One would be to just download free apps, but there's rarely any good app that's free, and the other would be the illegal way, which is to jailbreak it.

Money issues aside, i must say that iPad for me is not a portable computer or a life changing device or a kick-ass business organizer as how Steve Jobs or the folks at Apple put it. 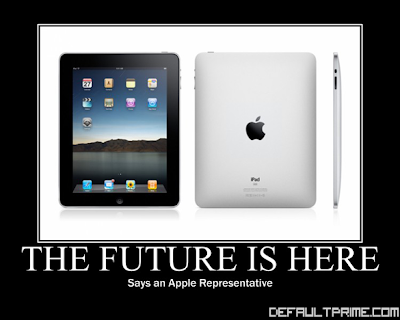 To me, it's more like a gaming device with a freaking large screen (what else do you expect from a nerd anyway?). The talk about reading lecture notes, keeping reminders and work/study related stuff are better done the traditional way i think. Notes are best printed out and write on, although some Apple fanatics may argue that it destroys the Earth but doesn't realize that iPad needs electricity too that mainly comes from coal, and most of my work/study related stuff can be done on my PC. And it does it better too.

But when it comes to playing games, iPad wins hands down. Gaming experience has never been better with such a large screen. And with it's good portability (can just just slid it in to my bag), you can say goodbye to those boring moments while waiting for time to pass (like when you're waiting for bus etc). The games designed for iPad are equally nice and addictive too, provided you know what games to choose. My choice of iPad games include:- 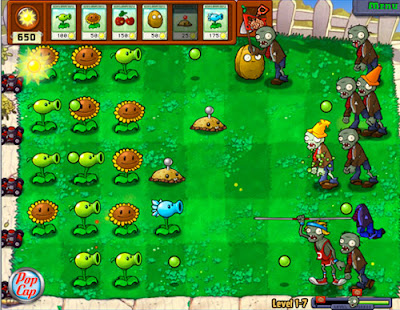 The all time favorite Tower Defense game for iPhone and iPad 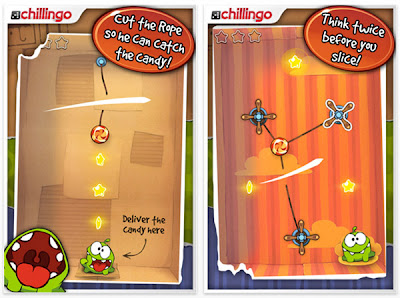 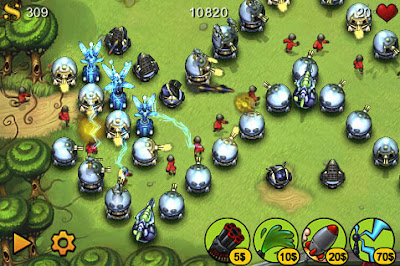 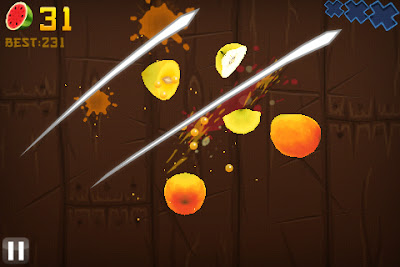 Cut those fruit! A simple game that tests your finger swiping skills in cutting fruits. And you can compete with another friend too to see who's the better ninja! 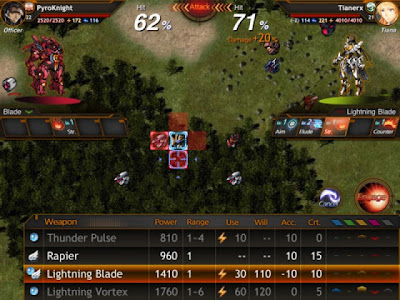 One of the few iPad RPG games that i actually like and the current game that i'm hooked on. It gives you a feel of playing Final Fantasy all over again except this time you're controlling Mechas with the name GEAR. The storyline of the game is quite nice too and the controls are not too difficult to master

There are tons of other games that i have downloaded too, but i have yet too try them or i just think that they're not fun enough to be mentioned. Among the five games listed above, i think i like Eustrath the most because the gameplay is better than offers a much diverse experience as a game in a gaming console should. Nevertheless, each of the games above offers a different kind of feel. Guys for example, like games which are more delibrate, like Eustrath, while girls prefer Cut the Rope because for its cuteness and simplicity.

A word of advice though, not all games are worth playing on the iPad. I've tried some games that tried to turn the iPad into something like the PSP with a joystick on the left and a few buttons on the right and all i ended up with are sore fingers and tendons. 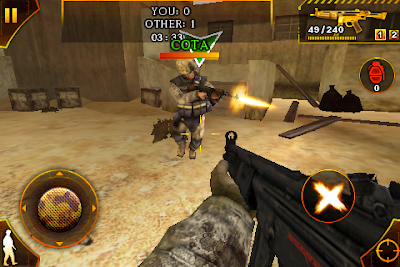 Of course, games are not all in iPad. There are also apps too in the iPad too that i found useful. For example there's this birthday cake simulation app that was extremely useful when you have no time to buy a real cake. Or when you just feel like being creative. Only useful on birthdays though. 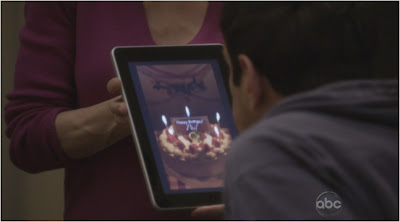 Other than that, there's this fake violin app thing that "teaches" me to play a fake iPad violin, or like the app would call it, a magic fiddle and there's this cute baby hippo that imitates whatever you say albeit in a more cuter voice.

But that's all to iPad i guess. It doesn't revolutionize the way i live as how some claim it would. I don't use it to surf the web unless there's WiFi connection around and listening music is definitely out because i have to constantly sync it with my computer using iTunes. Which is so troublesome if your computer happens to be a PC with loads of song spread around. Why can't we just transfer files the easy way (drag and drop)? And there's no delete button in the iPad too. If you happen to hate one song in the iPad, you have to delete the song from your computer and then sync it to make sure the song is deleted from your iPad as well. Ugh. Even my handphone can perform better when it comes to deleting unwanted stuff.

My verdict? Apart from the badass screen, everything else on iPad is quite similar to my friend's iPhone. Except the calling function that is.

So unless you have loads of money to spend or you happen to be a crazy Apple fanatic, i wouldn't advise iPad. Of course, unless if you happen to get one free like me :p
Labels: Techie Stuff