Daddy and Mummy, I Love You?

Have you ever said "I love you" to your parents before? 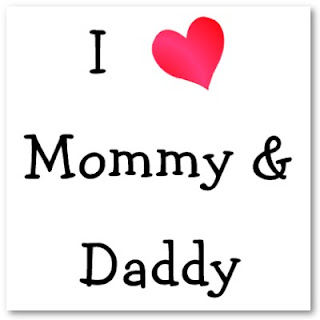 I was asked this question over supper just now. And apparently it turns out that i was one of the unique one out of my university friends because honestly, i never said the three words before to any of my parents. Even if i did, it must have happened a long time ago that i have forgotten it. And if my memory does not fail me, i can say with an absolute certainty that the words "I Love You" have not appeared even more than five times inside my house before. It's just not my family's style, i guess.

Somehow, the idea that my family never said the three words among each other seems to suggest that well, something was just not right.

"Ha? Then your family how one oh?" and "Don't you love your parents?" was among the replies i received by my declaration.

But does saying "I Love You" that important in ensuring a harmonious relationship in a family? I don't think so. I mean sure, my family would not score very high on the expressing love scale but that doesn't mean it's all cold and distant in my house. It's just that my family is more of a traditional Chinese type of family. 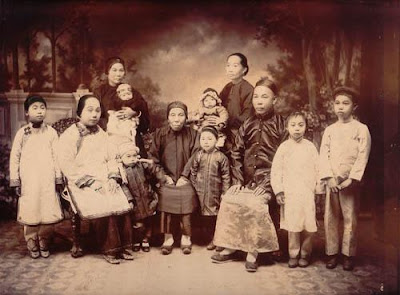 For example, if i were to utter "I love you" one day to either of my parents, they would think that i am up to some stuff or that i'm dying soon, you get the idea. It's just that different family works differently, some might express their love openly while some expresses their love through actions. Mine is more of the latter, i think.

And no matter what style you use, it doesn't really matter anyway. It's just the Western media that portrays the idea that we need to constantly keep telling our children that we love them or they will suffer from unimaginable consequences when in fact the traditional Asian styles works just fine.

Sure, i would prefer my parents to whack me less and to tell me that they love me more, but well, i grew up just fine, judging from the fact that i'm now at uni and not involved in drug trafficking and stuff. Not mentioning that i look quite handsome too, thanks to my dad's genes and all those years of good food from my mum, despite my numerous complains about the amount of fish she cooks.

So yeah, daddy and mummy, you guys rock. I may be less on words most of the time (it runs in the family :p) but that does not mean my feelings for the family is any less too. Like they say, actions speak louder than words. And in actions alone you all have proven to be great parents indeed.
Labels: Life Rantings