Alien versus Predator, The Game

Now that i'm done with Standard Chartered's World's Coolest Intern stuff, i'm not doing the things i'm supposed to be doing. Things like catching up with reading, writing my essay or cutting my nails. Instead, i'm busy fighting for my survival on a planet filled with aliens and predators. 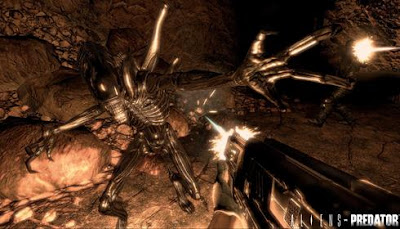 Yeap, i'm playing a computer game alright. It's called (what else?) Aliens VS Predators.
And it's freaking hard to play.
In the game, you can take on three different types of characters, namely the Marines (humans), Predators or Aliens. The story takes place in the distant future where humans are able to travel the space already (much like in the alien movie series) and it's pretty much like Starcraft, where you must help to forward the agendas of your race. And it's FPS.
Unlike Starcraft however, the storyline of the three playable races don't go chronologically but rather it offers an alternative storyline in which everything happens together. Now it's like Red Alert series.
The funny thing about this game is about how unrealistic it is. I'm currently on the marine's mission and if you seen any Aliens or Predator movies, you'll find that when it comes to fighting either Aliens or Predators, humans pretty much gets screwed up real bad.
In the game however, humans own if they want to. Take me for example, i have already have countless Alien's blood on my hands. There's even this time when i had to take five Aliens heads on only with a pistol. A pistol! And i still manage to walk out from the battle alive. 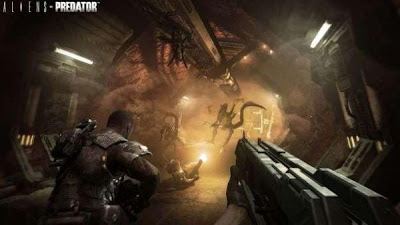 If this were to happen in real life, i'm pretty sure i'll be dead in a blink on an eye. My character in the game is like some Superman or something. While people around me are getting killed mercilessly by Aliens and Predators, i still can walk around killing them happily.
It's not that the game is any easier though. The Aliens know to climb the wall, sneak up from behind you and sprays acid on you. And you're still a human who's only weapon is a gun. I had to restart my game like a gazilion time before i manage to defeat the five Aliens scene. Not to mention there's this Alien facehugger that you have to kill before it jumps to your face and you're dead. 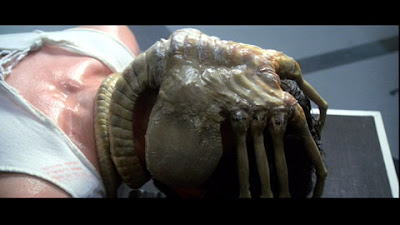 I guess i should really go back to study.
Labels: Gaming Rantings