The truth is, we all love sex stories, despite how much we say it's bad, it's unmoral and it's degrading. Just look at how the recent ACJC video of two girls making out is creating massive waves online. You can take a look at the news article here: http://news.xin.msn.com/en/singapore/article.aspx?cp-documentid=4384450
But what is the big deal actually?
Yeah, i know about the all the "Oh this is so gonna impact society in a bad way" or the "What are they teaching in school nowadays" or the "Teenagers nowadays are so wild that we should just put them in a cage" arguments. No one seem to care about the obvious breach of privacy by the way, judging from what i've seen from forums across the internet. 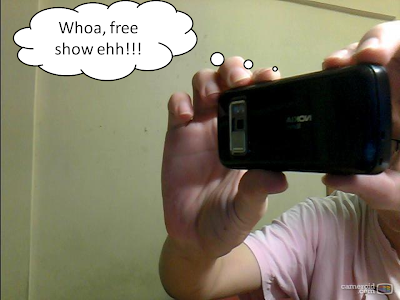 But the point is, why only make a fuss when only there's a video out?
Why only lament about the "societal ills" when now?
I seriously can't understand how some people are being so judgmental over this incident. I'm sure that all around Singapore, the ACJC girls were surely not the first to have sex in the toilet. They just happen to be lucky enough to be found and and filmed. 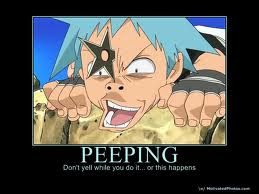 Besides, this is the society that was given to us. The urge of wanting to have pre-marital sex did not just happen overnight in one generation you know. The media glorifies it, the world glorifies it so what's the problem? If you're keen to address this problem, first address the root of it. Films showing pre-marital sex should be banned, for example.
Otherwise, stop being such a moral police and give the girls a break. Like how Jesus said, "Let he who have not sinned throw the first stone". Before you wanna go around condemning anyone, first take a look at yourself. I'm pretty sure you have fantasize about sexual encounters before when you're a teenager. Perhaps even attempting it, so what's the big deal with us now?
Labels: Rantings Singapore