What? A movie out of Justin Bieber?

I'm sure that was pretty familiar to you. It gets played almost everywhere. Clubs, radio, television and even used as a blog soundtrack. You have to be living in a cave and growing a 10 foot long beard to miss it. 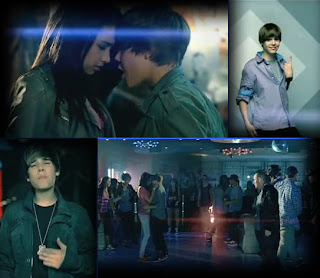 If you're one of the normal human living on Earth, there's two universal ways in which you will react to this song by Justin Bieber whenever it is played.
One would be, "Ohhh... that's such a nice song. Don't you think so? And he's so cute. I would certainly do anything, i mean ANYTHING, to have him as a boyfriend". Girls mostly falls under this category.

The other would be, "Argghhh turn it off, turn it off! It's a pain to my ears". People in this category are usually overly jealous boyfriends who cannot seem to understand why their girlfriend would paste a poster of Justin Bieber instead of them in the room. 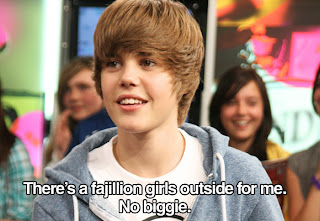 I, on the other hand, happens to be in the third category. The so-what and don't-give-a-damn category. To me, he's just another celebrity like Taylor Swift, the Jonas Brothers etc etc. No big deal.

But then someone smart in Hollywood decided to release a movie about Justin Bieber, and in 3D some more. And it's not some movie where Bieber gets to play the hero in an epic storyline of love and hate or a musical about how he attends a Camp Rock and found his girl of his dream there. It's a friggin' story of himself. The story of Justin Bieber. With the title "Never Say Never".

You can watch the trailer here:-

And that's when i went WTF?!

A movie about Justin Bieber? Sure he's famous and has an overly girl-ly voice, but an inspirational movie based on his story? What about Taylor Swift? Or Angelina Jolie? And Lady Gaga? Won't their story be inspirational too? Why out of the countless celebrities out there, Mr Bieber gets chosen to have his story made into a film? And casting him as the star too?

If you were to ask me, i think all this Bieber-ism is getting way out of hand. Who knows, maybe when i wake up tomorrow they would have declare him a new god and started to worship him. Bieber as the bringer of hope! 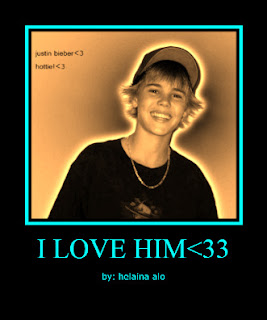 Okay, maybe i'm overreacting. Perhaps this is not an attempt by some Hollywood producer trying to squeeze ounce of cash he from the Justin Bieber phenomenon by making a movie about Bieber. Maybe Justin Bieber does have a touching and really inspirational story to share after all. Of how he was born a girl and got mistaken for a boy, how he had to deal with the trauma and ultimately coming up with a song called Baby to recount those terrible times when he was a baby. And perhaps by watching this movie in 3D effect would make us better humans and live our lives better too. Maybe. 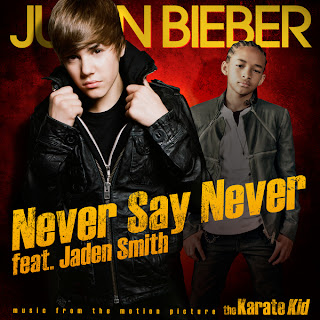 Speaking of inspirational movie, maybe i can come up with my own movie too, like what Justin Bieber did.

It will be based on a true inspiring story of how a handsome blogger struggled to gain fame and money through blogging but realizing that it was friends and the love for blogging that mattered in the end. It will be an internet story filled with love, hate and drama, all in front of the computer. I even thought about the title for the movie already. 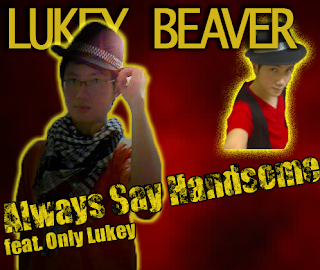 Anyone want to buy tickets from me?
Labels: Movies Parody Talk Cock