Note: This is not my post, in case someone decides to sue me for plagiarism (there's no way i could come up with something so awesome like this, and i happen to be a Malaysian), i just happen to find it online and realized a lot of people have posted in their blogs and i decide to do the same thing too, just for some laughs (and in a vain hope of increasing blog traffic). Enjoy. 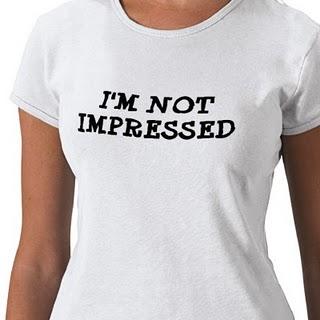 Why are Singaporean men all so ostensibly "cannot make it"? I do not know the answer to this question, for I am reasonable. However, I do have suggestions for the men. To become a "can make it" Singaporean male (without having to resort to plastic surgery), one must achieve a certain level of competence at the activities I shall be listing out below. Ours is a small, closed society; the traits that mark one out for worthwhile reproduction are easily and quickly discernible, if one pays proper attention.

1. Must be good at computers and computer games

You: OK, upgraded to Windows 7 already.
Girl: Thanks so much! (thinks: the software did everything.)
You: You're welcome.
Girl: Can help me install antivirus?

You: ALL RIGHT 25 KILLSTREAK!
Girl: Huh?
You: Nothing. I just kicked your boyfriend's ass.
Girl: Orh. (stands over shoulder and watches very fast paced game and thinks: aiyah why my boyfriend so lousy.) Can help me install Windows?
You: Sorry not interested, I am aiming for 35 killstreak
Girl: (subconsciously registers lack of punctuation as sexy) Oh. Kill kill kill ... so manly.

As a general rule, the hierarchy is such: first-person shooter, versus fighter, real-time strategy, turn-based strategy and then everything else. MMORPGs occupy a value system of their own, but in general their gentle learning curve reduce street cred. Anngry Birds and Bejewelled FTW for now though.

There is nothing else to do in Singapore. Get good at it, you will be spending a lot of time in these places. Don't just chalk your stick - chalk some victories while you're at it. Ah-lians will be watching.

3. Must be good at one team sport

So that you will look good next to the other doddering dodos. Football obviously occupies top spot, but basketball and water polo work too. Volleyball is for girls.

Girls find it easier to come down to support team sports, because they can rationalize their conduct diffusely: "I'm here for the TEAM." Let them have this. You know what they're thinking when you're ... scoring.

4. Must be good at one individual sport

While girls find it harder to support these because you are alone and therefore very bo sei for them to come all the way down, the simple fact that you are involved in some sport somewhere is already very "can make it". Walk around with your lacrosse bag slung over your shoulder or your tennis shoes carelessly dangling from your backpack. When they ask about your sport, just make vague references and knowingly use terms of art.

Girl: Where are you going?
You: Oh, practice.
Girl: What practice?
You: Kallang ... today we're doing slice serves.
Girl: *tingle down spine* Ohhh.

Few other people will be able to challenge your authority, since these are individual, recherche pursuits. Exploit the opportunity.

To avoid: ping-pong, badminton (everyone thinks they can play these)

GUITAR for individual, DRUMS in a band. Girls are quite dumb one and they like to see action jackson. You bang bang the drum, they happy. You stand around and pluck a few strings, nobody knows what you're doing. Of course, if you are going to do the serenading thing, it will be guitar without question.

Tip: When serenading, pretend to be practising (when you actually practice sui sui at home already). Always choose a current song, so people will bite. If you play More Than Words for the 238645823648243234th time, people confirm lose interest one. And don't look at anybody when singing, otherwise they will feel that you are "invading" them. Don't "invade" anybody. Just let them listen to your ostensibly unassuming music. Confirm plus guarantee plus chop will have results.

A guy who cannot do maths is like an eunuch. He is not a man. In Singapore especially, even our girls are damn good at maths. So you better be super damn good, so you can explain to her how to divide her parts.

One better: PHYSICS. For some reason, applied stuff is harder for girls. So take physics and ace it. Then later on, toss in puns about how you two have such great chemistry, you want to explore the geography of her biography in a physical way. "Your body is a wonderland," you will coo. "Do you want to read my literature or should we just start making history?" Just don't show her your mother tongue.

7. Must have good sense of direction

A guy who has no sense of direction is a girl. The end.

8. Must drive and must be good driver

DRIVE. And for fuck's sake, practice that parallel parking thing. Girls always tell themselves that they are not lousier drivers, just more careful/cautious/whatever. But despite that ALL OF THEM STILL CANNOT FREAKING PARALLEL PARK. Become tok kong at this, heighten the gender difference, enhance the sexual tension. Ooh yeah baby.

By the way, European marques please. The Singaporean lady does not want to be seen rolling in a Hyundai.

9. Must be laconic and listen to her drivel

Ya. It helps. Srsly.

Singaporean girls think they are really interesting, and maybe they are. Who knows? We aren't really listening. But you don't really have to - just nod every 10 seconds. And then say, "Really ah." I just did this today. It is fricking awesome. You can abidicate responsbility for having a brain.

The bottom line is that by keeping silent, you allow her to project her preferred self-image onto you. She is interesting, so therefore you must be interesting, since you are absorbing her everything. How cool is that? I love lady logic.

"I hammered her and her friend last night, we had a good screw. Talk about nailing two in one night! Of course I bolted the next day, but I will always be ready when their pipes need further unclogging."

Euphemisms aside, you must know DIY because other penises will try to undermine you with their own DIY knowledge. Especially contractors who overcharge. If you are fleeced in any DIY-related matter, you are not a man.

This is also perhaps the origin of the phrase "cannot make it" - a man who "can make it" can make ... things. With hands and tools. He probabaly also knows how to instruct the girl on how to rectify a swollen ball-cock.

My biggest regret, I cannot speak dialect. In lup-sup KTVs and Warrant Officer messes, I am the lowest of the low. With contractors, I am a freaking pony with "Kan Me" on my forehead. Why is dialect so important for the Singaporean male? Primarily, it establishes street cred. Denizens from below must look up to you before any female will find you worth apprising. Importantly, also, dialect is crass; crassness establishes contrast, and in contrast we find admiration.

Or at least finish normal BMT like everyone else. Nobody really knows whether OCS or SISPEC is tougher, so you can elide that easily.

If you had a buay gan army life, try not to talk about it at all. Girls know one. They all have "a friend" who was a commando-officer-parakeet. They will compare you like they compare their Prada bag with the other girl's Miu Miu. Don't become an object!

If you were a star in the army, also don't talk too much about it. Girls just want to know that you were good, and that you were not a jellyfish. The rest is still for you to prove - funny, rich, smart etc. Prove it.

Most Singaporean girls have a vague notion that their man should be "successful" or aim for success of some sort. For themselves, they have less concrete ambitions. Use this to your advantage. However, only hint (not talk) about your plans. For instance:

Girl: So, what's next for you?
You: I've had several offers ... well, we'll just see where it goes. I have a pretty clear idea of what I want though.
Girl: What's that?
You: Haha, it will bore you. Let's not talk about me. Do you like baby blue or pink?

Once they know you have "plans", they will stick with you, regardless of what those "plans" are. Make sure you always have "an idea" of what you are going to do. When in doubt, obfuscate and pass off a successful person's life as your own.

14. Must say nearly every other girl is "cannot make it"

This is by far the MOST IMPORTANT ITEM on the list. Singaporean girls like a guy who has "standards". Secretly, the standard for every girl is HERSELF. This is not a cardinal scale, there is no relativity. Instead, on this mystery scale there is THE GIRL IN QUESTION, and then EVERY OTHER FEMALE ON EARTH. She will make cursory concessions for Angelina Jolie and Megan Fox (the latter usually grudgingly), of course, but DO NOT BE FOOLED. She just wants you to think that SHE is the prettiest and THAT IS IT!!!

If, however, you are unable to lie barefacedly, you might want to go with a less extreme approach. You must say that girls SHE LIKES AS PEOPLE are pretty. NEVER SAY THAT PRETTY GIRLS ARE PRETTY! Girls are unable to divorce looks from personality. It would be unwise to do so, therefore, in their presence. A good sample discussion would run as follows:

Have you ever noticed that girls thought pretty by other girls are really not pretty at all? And hot, sexy girls are almost always labelled "sluts", as if that were a bad thing? Important hint: Do not address the girl on these points. She does not want to confront her inner evolutionary demons.

Well, that's the list. A tall order? Yes, but a worthwhile endeavour, if we are not to lose all our women to the cast of The Last Airbender. We can make it one.
*****
Judging from the 14 requirements that a guy need to fulfill just to nail a girl in Singapore, it's not surprising that almost every guy i know who is not Singaporean fails miserably (most of the time) in trying to get attached here. Just being good at sports is an enough killer for most of us already. The only sports i'm good at happens to be finger sports (computer games) and even at that there's no way i could ever reach a 25 killstreak. 25 deaths maybe, but never kills.
Well, at least i know how to speak dialects. Cantonese, that is :p
Labels: Funny Love Matters Rantings