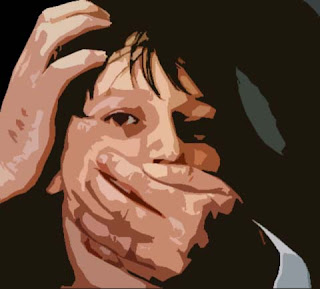 We live in a dangerous world today. Everyday, there's news report about females getting raped or robbed while going to work, shopping and doing daily activities. Therefore, it is sensible for women nowadays to learn a few survival skills that could help protect themselves from potential criminals. But out of the so many classes out there that teaches women safety and self defense, which is the most suitable one? Is there one that truly can help women in protecting themselves?
The answer is yes!
Introducing the all new Lukey's Iron Boobs Self Defense Class!
Boobs? I can hear some saying. Why boobs?
Simple. It's part of your body which means that there's no need to purchase anything or bring anything together with you for safety, unlike pepper spray, which is banned in Singapore by the way. You can use it even under distress and criminals, who happen to be men all the time, rarely gets suspicious of boobs, in which you can fully utilize as a surprise attack to disable your attacker.
There's is no need to worry about the effectiveness of our method because it has been proved useful in many circumstances. One of our star students even went as far as Germany Got Talent Show to showcase what the Iron Boobs defense method can do. Check out her video:-
So what are you waiting for?
Smash beer cans, crush watermelons and break boards by the time you finish the Iron Boobs lesson. And you will never be looked down again wherever you go. In fact, people will be terrified by you. So much so that even criminals who tried to rob the women who took this class before became gays soon after that due to the sheer power of this method.
Sign up now and you'll enjoy a 50% discount of the first class!
Terms and conditions apply.
*****
Do note that the above advertisement was merely a product of a dead bored mind who stumbled upon the video from Germany Got Talent showing that woman smashing beer cans using her boobs. This post is never intended to poke fun at anyone or to demean anyone. If you take offense at the above post, well, then too bad.

[Edit] I noticed a lot of people dropping on my post searching whether her boobs are real or not but i'm sorry guys, i have no idea myself. But as far as the rumor goes, the boobs are real and she did not stuff anything or inject steroid into her boobs to make it that powerful. As physics law goes, the power directly coming down on those stuff are affected by gravity and mass so when you have a boob that big, your mass is like tripled and your power would triple or quadruple with it too. No need to suspect foul play.
Labels: Talk Cock