[CONTEST] Growing Up In University 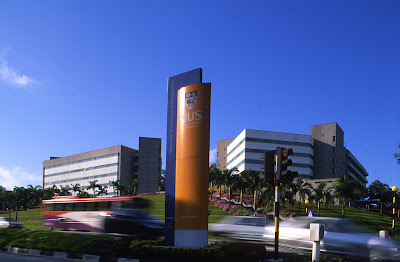 I am never good with friends. Not that i have none, but making new friends for me is like a huge and momentous task ever since I'm young. Whenever a new friend is introduced, all I can do is to flash up an awkward smile before my mind goes into a frenzy, worrying about how this new person would think of me, what topics should I say, whether I should just keep quiet, thoughts like that. For me, friends take time and quick friendships never work out well for me. I envied those who can talk easily with strangers and are able to crack jokes whenever they want. Me, on the other hand, avoided social situations as much as i can.

Which is why I dreaded coming to university, especially one so far away from home. University, as far as I know, involves a lot of social situation where you constantly will meet new people during your entire time there, being new group mates, new tutors, new members in the same club, new neighbors, you get the idea. And I'm never good with new.

Came to university I did, though, as much as I hate the new environment that I am going to be in soon.

I still remembered the first "Hi" that I muttered to the the first senior that I met in university. Just a Hi, nothing else. I did not feel like talking much anyway, afraid that i might end up looking like a complete idiot later. So I just talked only whenever the senior asked me questions. Most of it were one worded reply. Thankfully I had my father with me, who did most of the talking and telling jokes. Why I never inherited those genes, I never know.

Orientation was nowhere near good for me. It took me ages to warm up to my fellow group mates during the Malaysian University Freshmen Orientation. On top of that, I never ventured to know other Malaysian freshmen beyond my group, figuring that it is just better to keep a low profile. And a low profile I did get.

The hall's orientation was worse. Where I had a few close friends from the Malaysian orientation, i had one or two only from my hall's orientation group. I tried to speak and be brave, but when one of my attempts resulted in an awkward silence and a few odd stares, I gave up. Perhaps it's the culture difference and Singaporeans are just not my type. That became my sole reason of sticking just to a few friends and not managing to have even one friend who is not Malaysian for the rest of my first year in university. I was to afraid to venture out of my comfort zone and that thought about culture differences further reinforces my avoidance from making any new friends.

In a blink of an eye, my life as a university freshmen came to an end. Most of my friends were already busy making plans of going home by the time the final exams were over, but for me, a journey of three months time was just starting. Unlike many, I had signed up as one of the members of Eusoff Hall's Orientation Committee (EHOC) in hopes of knowing more people and trying to step out beyond my tiny little bubble.

During one of our first meetings in the EHOC room, I was quiet like a mouse. There were people I had never seen before in Eusoff Hall and I must admit some of them looked quite scary. I thought that maybe it would be better to open my mouth only when the situation really needs it,. Even with that thinking, I still seldom voice out my opinions during discussion. Perhaps I never thought that the situation was suitable. So I being reluctant to share my ideas most of the time.

Days began to turn into weeks and our workload steadily increased as we were approaching the orientation period. But still I kept my distance. My logic was if they do not come to approach me to join them neither would I do the same. I was a sucker at blending in after all. And I'm much more comfortable staying afar.

I did not remember much when the actual orientation came. I do remember that during one of the days, the third day if I'm not mistaken, the constant thoughts of me not fitting got the better of me. I threw a tantrum. A sour look was on my face the entire day. I simply did not care what would other people think of me. I was just angry at myself for being such a loser. Why could other people fit in so easily when I can't? What is it that they have that I don't? I just refused to be happy anymore, up until the point when my publicity head, Nisha, pulled me aside.

She asked if everything was okay and why was I acting in that way. Had team done anything wrong to me? Or is she throwing too much work on me? I could tell that she was worried about me. In fact, the whole EHOC team was worried about me. Without me realizing it, wallowing in my own self pity has made me into someone that was unaware of those around me who cared. The EHOC programmers have tried to include me in everything but it was I who pushed them away, thinking that there's no way I can fit it. I was too preoccupied with my own worries to see that it was my own thoughts that got me into where I am. Sure, I might be slightly more introverted than the average person, but that does not mean that I have a valid reason to alienate everyone and be the lone gunner. We are after all, one team. I decided that I had to change.

People say that university is place of learning and growing amid all the trials and obstacles that you would encounter. I could not agree more. EHOC has taught me an invaluable lesson that day. That although everyone has a weakness, it does not mean that you have to let the weakness control you, which in my case, happens to be the inability to be myself with new people around.

I still struggle with it occasionally, like when passing a hall mate during my way to dinner. I would still hesitate on saying Hi and smiling first afraid that he/she would not respond to me. However, despite how much I'm scared of it, I still try to raise my hand as often as I can to mutter a greeting. After all, it could be another me opposite there and I know how tough it is to be friendly.

And as a challenge, I decided to join EHOC again this year, this time as the vice head, to prove to myself that I can do it as long as I believe in myself just like our motto last year, "Can One Lah!".


Note to self: Never attempt to write an essay under a half asleep condition. You would take double the time to finish it than you would normally. Zzzz....
Labels: Competition Eusoff Hall