If there's one thing Malaysia that is good at, i would say is its ability to create news for all the wrong reasons.

On October 14th, a day before the scheduled concert of Adam Lambert's Glam Nation, a group of university scholars, supposedly, protested in front of the Malaysia's Arts, Culture & Heritage Ministry building in what they claim was a move to protect Islam and the culture of Malaysia. 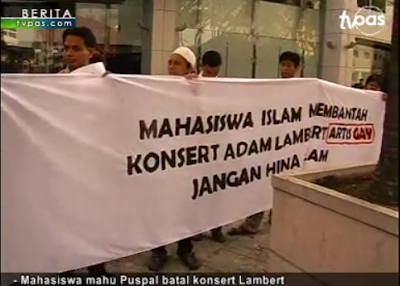 They claim that Malaysia on its own have already lots of social ills such as pre-marital sex, baby dumping and university students who have too much time and by allowing Adam Lambert to perform in Malaysia, it would further aggravate the social ills that is already so rampant in Malaysia.

Is it me, or are they saying that banning Adam Lambert from performing will help to curb the social ills that are currently raging in Malaysia? And how is it so? 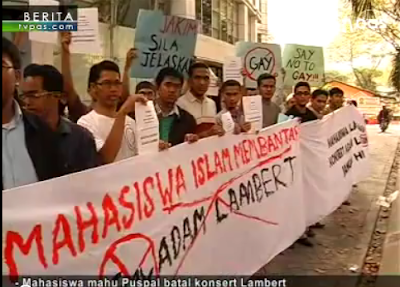 To cut the story short, Adam Lambert did came and perform the following night, much to the relief of average Malaysians. Not only did he not take into account the protests by the Islamic university students that were so homophobic, he even promised to abide by the rules set by the Malaysian authorities and promised not to offend any sensitive parties.

To quote him, "... I have agreed to make a few minor adjustments out of respect for the Malaysian government. Looking forward to a fun show."

So, which side do you think was more forgiving and open minded in this case?

Of course, being "staunch" fanatics believers, the university students did not give up on trying to make their point and blocking Adam Lambert from performing. During the night of his concert, they went down in droves and organized a peaceful protest outside the concert venue. 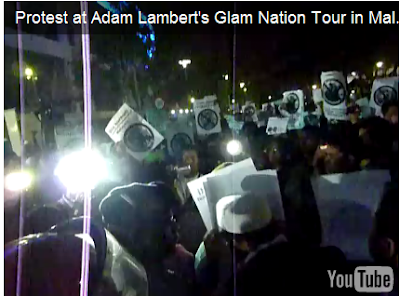 Of course, everyone is entitled to their own opinion, including being a homophobic.

I'm not saying that i'm a homosexual supporter, but when you take a deep look at these protests, you realized that for all the evils that we claim homosexuals exhibit, we in fact are the evil ones. We discriminate them in every way imaginable, including not letting them to perform, without even taking into account that they are human beings too, just like us.

I mean, apart from their sexuality, what have they done wrong? Sure, they might burn in hell, but did they in anyway did something to offend you? Did they kill your family or steal any of your belongings? Or did they say something wrong to you? I'm sure the answer would be no for all the questions asked. 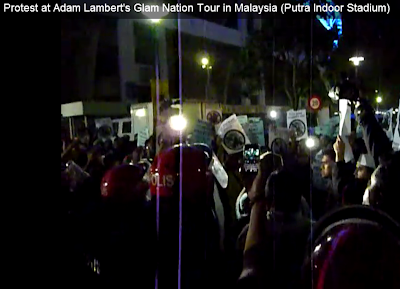 I, for one, think that some Malaysian university students have too much time on hand. Rather than focusing on real issues, something that could affect their lives, like the corruption in the government, world poverty, global warming or the increasing crime rate, they are more concerned that people would turn gay if they happen to be watching Adam Lambert's concert.

If this goes on, i'm sure that in five years time, artists would be so scared to perform in Malaysia and they would prefer other places like Singapore which is much more liberal. So much for wanting to make Malaysia a tourism hub.

Who knows? Perhaps in five years time, Malaysia would be the only country where Osama would be rapping away on the Western infidels and how to bomb them in Stadium Putra.