Justin Bieber's song, Baby is perhaps one of the most parodied songs ever in history. A quick search of "Justin Bieber Baby Parody" instantly returns tons of results in Youtube. It seems like the more a singer is hated (in Justin Bieber's case, the girly voice is enough to generate a whole legion of haters), the more parodies his/her song will garner. And well, you can't blame us though, when you're freaking famous with tons of tween girls clamoring for you even before you puberty, people are bound to get jealous. 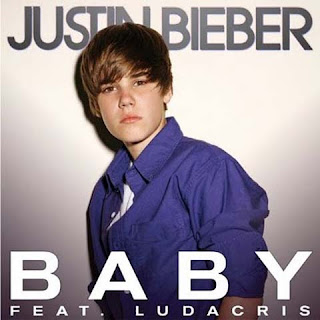 Malaysians are not left out from the favorite pastime of parodying Justin Bieber's song too.
Just recently at a FHM party, one of Malaysia's famous comedians, Douglas Lim (you can visit his website here) decided to come up with a truly Malaysian parody of Baby, Babi, which means pork (or porky if you want a better sounding word) in Malay. The song is roughly about a guy who is recently converted to some religion (for sensitivities sake, shall not be mentioned) and misses his daily dose of pork. I'm guessing that the guy used be a Chinese.

I've heard from my friend of how good Douglas Lim is at stand up comedy. Many companies have paid him before to do stand up comedy at their corporate events, looking at his advertisement videos. It's such a shame that no one posted his full stand up comedy in Youtube before, only excerpts of it, due to copyright concerns because i think he would make an awesome Youtube star.
But, judging by how Malaysian authorities act, lets hope that overzealous government officials would not charge him with ISA for "provoking sensitivities of other religion" just because of singing about pork. But of course, you'll never know when they will go into religious crusade mode.

[EDIT] Yeah, somehow the fella who took the video removed it from Youtube in fears of getting caught by ISA or something like that, i don't know. I just couldn't understand why he is so scared when it's not him who sang the song? Grr... I can't believe that such a great song like that would have just gone to waste. Anyone know any alternative links?
Labels: Parody