What? Engineers make a better boyfriend?

Recently, an engineer claimed that engineers make way better boyfriends compared to doctors, lawyers, businessmen and arts students. You gotta be kidding me. 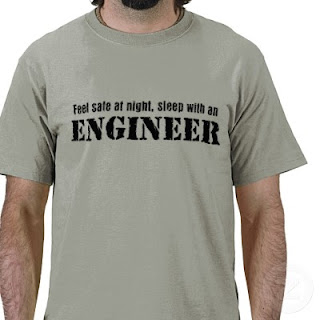 The engineer in the statement gave three reasons as in why engineers would make the best boyfriend, and the argument was written as shown below:-

"Advantage 1: Secure lifestyle
An engineer boyfriend can provide you with a secure lifestyle. At 27 years old, an engineer probably has a respectable, stable job that gives him a high income to own a car, invest, have a comfortable life, and get married and buy a house too. Law graduates are still working as a lowly apprentice in law firm, most management graduates have just failed on their first business plan, the arts graduate is still looking for a job, and the medical school graduate is still living in a hospital.

Advantage 2: Unmatchable industriousness
An engineer boyfriend will dedicate an unimaginable amount of his time and effort to understand you. Engineers strain really really hard to understand their work. You can believe that they will try really really hard to understand women too, just like how they understand their work, once they believe that you are the one.
So even if they don't understand you initially, they will keep on trying. Even if they still do not understand, they will figure out the correct method to keep you happy (e.g. buy diamond ring = 1 week's worth of happiness.) And once they find out the secret formula, they will just keep on repeating it so that the desired results  appear. Unlike the Lawyer who will argue with you, the Management graduate who will try to control your spending, the Arts graduate who will 'change major', and the medical school graduate who will
operate on you.
And you know what, it's really so easy to make engineers believe that you are the 'one'. Say that you like one of their projects and they will be hooked to you forever.-

Advantage 3: An engineer boyfriend will never betray your trust.
Let me first tell you what is wrong with the rest of the others - the lawyers will lie about everything,
management graduates will cheat your money, the arts graduate will flirt, and you probably just look
like another cadaver to the medical school graduate. Your engineer boyfriend is either too busy to have an affair, and even if he does, he is too dumb to lie to you about that.
Hence, an engineer is the most secure boyfriend that you will ever find - rich enough, will keep on trying to
understand and please you, has no time for affairs, and too dumb to lie to you. So girls, why procrastinate? Get an engineer to be your boyfriend!"

As an Arts student myself, i am compelled to argue against the notion that engineers are the best boyfriends because my girlfriend might read the above passage and run off with an engineer. Which is why i must try to stand up for my fellow arts graduates. A disclaimer first though, what i am going to right later is purely my own opinions and purely for entertainment purposes. It does not reflect accurately engineers or arts students as a whole, maybe just stereotypes. But heck, ladies and gentleman why Arts graduate makes a better boyfriend! 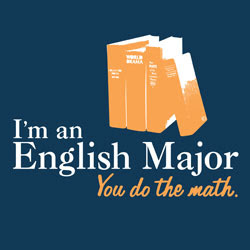 Advantage 1 : An Effective Cure to Your Moodiness
Arts student are generally believed to be the most creative out of most of the majors out there. You can rest assure that when you're feeling blue, Arts graduate will come up with the most imaginative way possible to cheer you up. Poems, songs, dances, you name it, we got it. We're never satisfied with only one way of making you happy. We have tons of them.
Unlike the engineer who only knows how to stick to one formula all the time (like buying you a diamond ring when in fact you're feeling sad over the death of a friend), the lawyer who only recites a ton of pre-memorized sentences, the businessman who only uses money and the doctor who gives you a pill to make you happy again.

Advantage 3 : Better future!
Arts graduates have a wide range of employability! We can work as teachers, we can work in human resource and we can work as managers. With so many choices of work, you're guaranteed a better future with an Arts boyfriend.
And did i mention that all engineers' bosses seem to come from Arts or Business?