The Many Stages of Blogging

Like many hobbies out there, blogging is like a process. There is no one fixed stage of blogging, but rather there are many stages in which bloggers can under go. Take basketball for example, you can be a school player, a national player or just a casual player but love basketball all the same. The same applies for blogging.
And like many budding bloggers out there, i think it would be cool if i can come out with my own theory regarding the stages of blogging! After conducting countless hours of observational studies (which translate into wasting lots of precious time on blogs rather than my books), i hereby propose the following the stages of blogging that can be found in the internet Blogosphere:-
The first stage: The Child Blogger 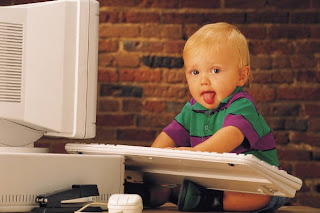 Of course, all bloggers have to start somewhere. The child blogger is the equivalent to the people that you would normally call amateurs or noobs. Child bloggers are people who have just started to blog, with experiences less than two years and their blog merely revolves about their personal life and their views about the world. Most of their readers would be only their close friends, with one post perhaps attracting abnout

Due to their new exposure to the blogging world, most of the bloggers in this category would blog using the language of their choice, eg: Manglish, Singlish and God knows what -glish. Among the language decoration that you can find includes lots of ...... / short forms (LOL/BRB/WTF) / variations of English like "beh song" and "siao ah?" / smileys =) / lah, ah, leh, geh etc. If an English teacher were to stumble on to a blog in the stage, we can expect a lot of foaming on the mouth.

One last thing to note is that child bloggers are among the biggest group of bloggers on the net because it relatively easy to be one. You can write whatever you like without caring what your readers think (close friends do not care what you write anyway, they just want to read) and there's no blog promotion or whatsoever involved.

Bloggers in this stage tend to have more refined skills in blogging. The know what their readers want and they know to to keep the readers entertained, maintaining a steady flow of loyal readers. However, they're just famous among their clique of friends, hence the name "village champion", and is relatively less known outside of their circle of friends. Bloggers in this stage tend to rely a lot on their friends' word of mouth to promote their blog. Compared to those in the previous stage, bloggers in this stage gets relatively more visits, comments and earnings in their blog.


And if people in this stage are consistent with their posts and are able to come up with a lucky break, say winning an esteemed blogging competition, getting the blog of the year award or coming up with a killer post, people will start to take notice and there's a good chance that they will proceed up to the next stage of blogging.

Every blogger's ultimate dream. The epitome of the blogging. Having thousands of visits per day and earning at least a few thousand dollars per month are among the few characteristics of celebrity bloggers. They can make you laugh, cry or pissed off with a few simple taps on the keyboard. That is their writing power.


Blog posts by celebrity bloggers are often marked with advertorials along with their own posts and they are often invited to big events like concerts because well, they're celebrities in their own right. Xiaxue and Cheesie are two examples of celebrity bloggers. They're still famous, judging from the comments they receive from each posts, they're still coming out with good posts and they're still earn hell lots of money from blogging. Kenny Sia however, is not, for reasons which i will mention later. 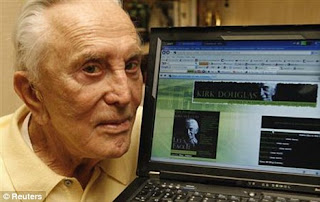 Not all celebrity bloggers, however, are able to maintain their celebrity blog status once they have reach that stage. Bloggers in this stage are similar to celebrities that once were famous, take David Beckham for example, and has since lost the popularity that they had last time during their peak in the blogging career.
It could be due to many factors, such as getting too busy once you have achieved stardom or you have lost the passion you once had in blogging or you have just earned so much til you don't feel like blogging anymore.

Blog posts by bloggers in this stage are just filled with advertorials and nothing more, a mere shadow of its once glorious past. I mentioned that Kenny Sia is not a celebrity blogger anymore because, well, he's much like a middle-aged blogger now, too busy with his real life and only updating his posts for advertorials. Like i said, a shadow of his once glorious past. 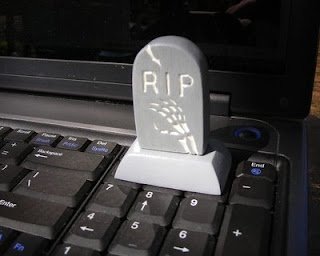 Blogging too, can come to an end. A dead blog is when there's no more new posts for months or years and the blogger decided to call it quits once and for all. The blog's dead. Full stop.


Of course, you can choose to be reborn if you want to, but most of your previous hard work in blogging will go to waste, depending on how long you've been dead.


So there you go, the five stages of blogging, from the observations of Lukey the blogger. And if you're wondering, i think my blog is somewhere between the child blogger stage and the village champion stage and nowhere near the celebrity blogger stage. In fact i was hoping for this post to propel me a few notches forward, but let's not get my hopes high.

Of course, i'm not saying what i have mentioned up there is correct, it's merely my observation from all the time i spent blog stalking and i'm open to any comments. I would love to hear if there's any other stages or things like that.

And now that my blog post for today is up, i think i shall return to my studies.