The Many Definitions of Overloaded

Definitions of the word "OVERLOADED" from various kinds of sources around the world:
1. Merriam Webster Online Dictionary: The word you've entered isn't in the dictionary. Click on a spelling suggestion below or try again using the search bar above.

2. Music Industry: A compilation album released by Sugababes, a British girl group in the year 2006. Interesting fact includes; The album managed to get a Platinum certification from the UK Album Charts and the Irish Album charts.

3. Machinery: The act of running a machine or device, such as an engine, at a rate, burden or power level higher than it can handle, risking permanent damage to the machine. 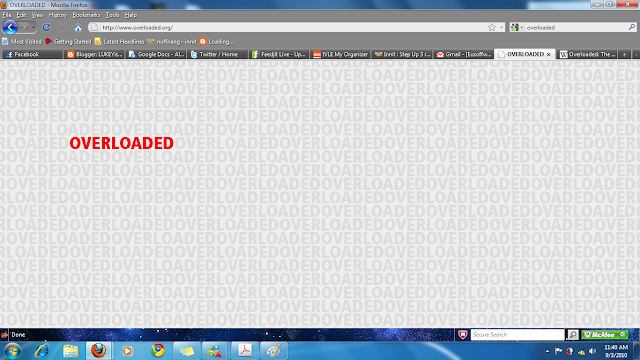 4. The Internet: A website with the URL of http://www.overloaded.org/ with nothing but a picture on the main page. No links, no texts, just a background picture. 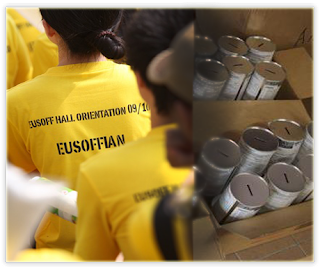 5. Eusoffian (a typical kind of Hall resident staying on campus in NUS, Singapore): The point during your undergraduate studies in which you realize that you're actually more of a full time co-curricular activities participant rather than the undergraduate that you're supposed to be. You're more involved in stuff such as workplans, budget proposals and meetings rather than assignments, readings and tutorials. If there's a major called Co-Curricular Activities (CCAs) Participation, you would have switched majors a long time ago and score an excellent A in each and every exam there is. The problem is that there's none. Which might explain why you're CAP Score is still at a dismal state despite you being a president, a comm member, a dancer and a sports captain in the various CCAs that you participate in hall. So overloaded in fact, that the JCRC (the committee in charge of students in hall) had to call you and advise you to drop membership in some CCAs.


And that reminds me, i still have to come up with a training outline for my members. Oh wait, i have 2 assignments waiting for me by the way. I think i'll finish the outline first.
Labels: Random Talk Cock